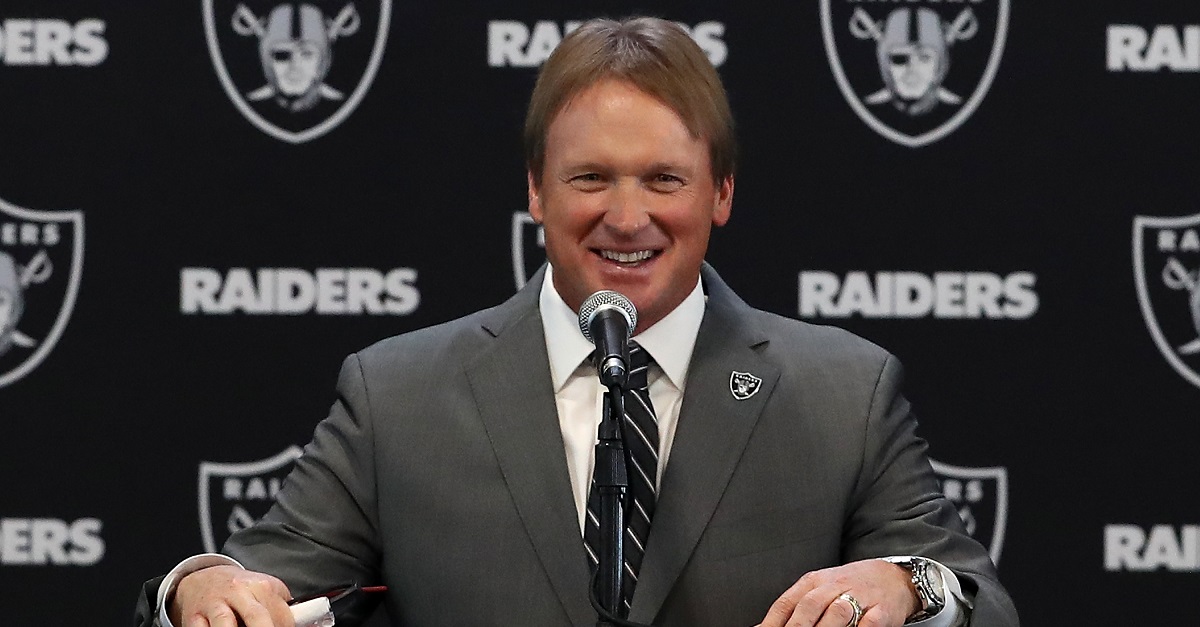 The Oakland Raiders moved pretty quickly after their season ended and fired coach Jack Del Rio and then moved on to Jon Gruden. However, they might have moved a little too fast on Gruden as the NFL is looking into the team potentially violating the Rooney Rule, a league spokesman confirmed to NFL Network’s Steve Wyche.

The Fitz Pollard Alliance, an advocacy group that promotes diversity in NFL front offices and coaching staffs, asked the league to investigate whether or not the Raiders interviewed a minority candidate before hiring Gruden, which is exactly what the Rooney Rule is for.

“As soon as we learned of the reports, we formally requested that the NFL thoroughly investigate the matter to conclusively determine whether the Rooney Rule was violated — and if it was violated, to impose an appropriate punishment,” Fitz Pollard Alliance counsel Cyrus Mehri and N. Jeremi Duru said in a statement obtained by Wyche.

The FPA initially believed that the team had complied with the rule, but after hearing owner Mark Davis’ recollection of the events leading to the hire, they had other thoughts. During Gruden’s introductory press conference, Davis said he met with Gruden on Christmas Eve and felt “pretty confident that he was all-in” after their meeting.

The FPA said they wanted to make sure the Raiders complied with the rule in good spirit and didn’t just do it for “lip-service” or that it was a “sham” just to meet the qualification of interviewing a minority candidate.

Davis’ comments about pursuing Gruden for six years likely won’t sit well either as he told reporters that that’s what he had been doing after he fired Jack Del Rio on New Year’s Eve.