Home field advantage is a crucial part of football. Players are more familiar with the surface, they can sleep in their own beds the night before and they have the comfort of their own locker room and training facilities. But the loudest NFL stadiums bring a different kind of uncomfortibility to the table.

On top of everything though, home-field advantage comes down to the crowd. It's every NFL fan's duty to help their team win any way they can. This includes lubricating the vocal cords with a league-mandated six beers before kickoff. It also includes booing the refs when things aren't going your team's way, cheering in solidarity with the person next to you when they score and being a nuisance every time the opposing team's offense takes the field.

There's home-field advantage and then there's home-field advantage plus the visiting team's game-planning for a sonic boom. Imagine walking into an AFC Championship game or an NFC Championship game unable to communicate. That's the reality for teams like the Cincinnati Bengals, Jacksonville Jaguars, Las Vegas Raiders and Los Angeles Chargers. Touchdowns are hard to earn when you can't hear yourself think.

Some fanbases take their duties more seriously than others. To them, losing their voice eight Sundays a year is fine because the pursuit of a Super Bowl is worth not being able to talk to your coworkers on Monday.

If fans are the musicians, stadiums are the instrument. Without them, fans wouldn't be able to create the beautiful orchestra that is the humming of 70,000 yells. It's never easy to win in the NFL no matter where you play. However, when your NFL team plays at one of these 10 stadiums, not only will they have an extremely difficult time trying to win, their ears will be ringing on the ride home. 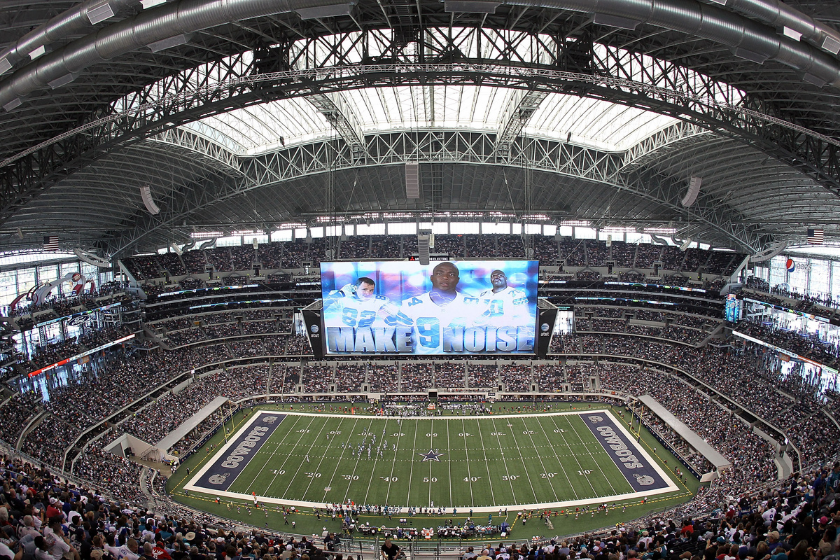 The personal monument to Jerry Jones, I mean the Dallas Cowboys, AT&T Stadium is a state-of-the-art venue. The Cowboys are America's team, meaning fans from all over the country flock to Arlington, Texas to cheer as loud as they can.

Expect Jerryworld to especially erupt when the Washington Football Team, Philadelphia Eagles or New York Giants are in town. 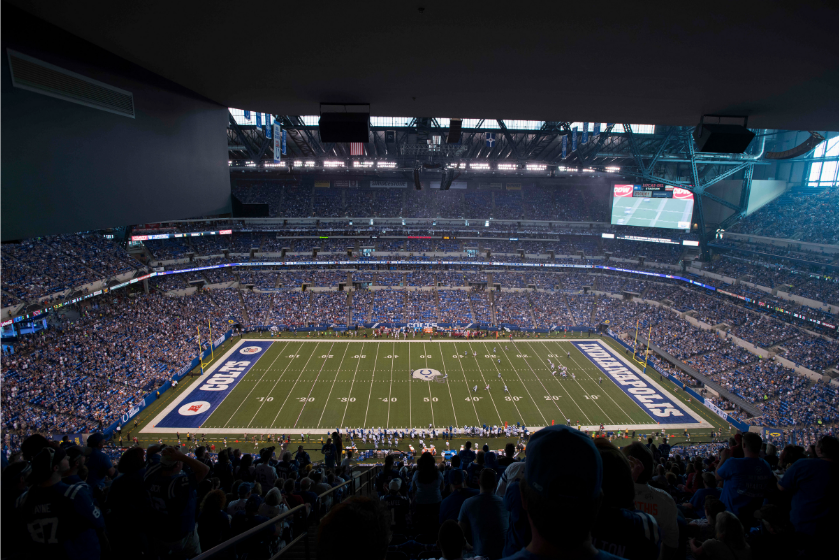 Lucas Oil Stadium opened in 2008 and immediately became a place Indianapolis Colts opponents hate to play. Colts fans are some of the most passionate in the league and aren't afraid to make their presence felt. 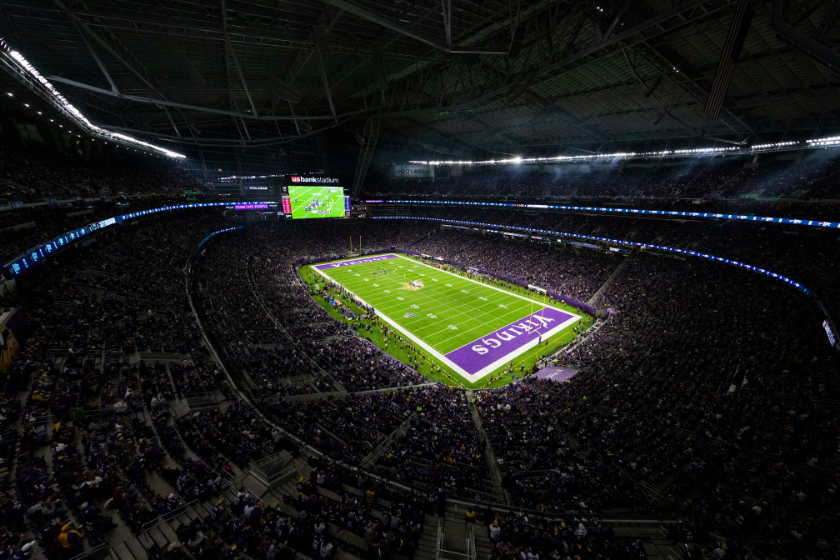 RELATED: The Vikings' Stadium Collapse Looked Like a Movie Scene

Playing in a dome naturally increases crowd noise. Minnesota Vikings fans take it to another level with the invigorating "Skol" chant that instills fear into anyone on the opposing sideline.

It's also pretty cool that U.S. Bank Stadium looks like a spaceship crash landed in downtown Minneapolis and decided to just hang out. 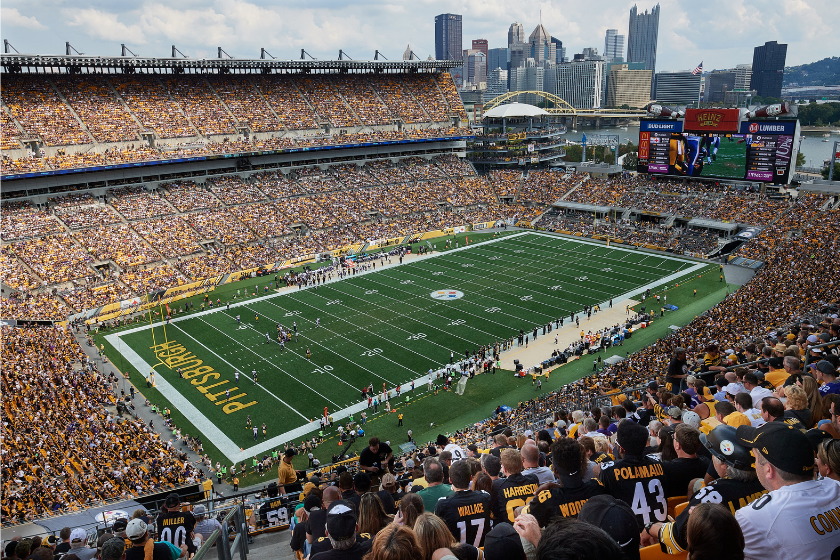 Pittsburgh is a football city through and through, which makes the Pittsburgh Steelers the most popular team in town by far. Steelers fans prove it by waving Terrible Towels from kickoff until the clock strikes zero.

It might be comfortable in the stands, but the black and gold faithful makes the opposing team feel anything but. 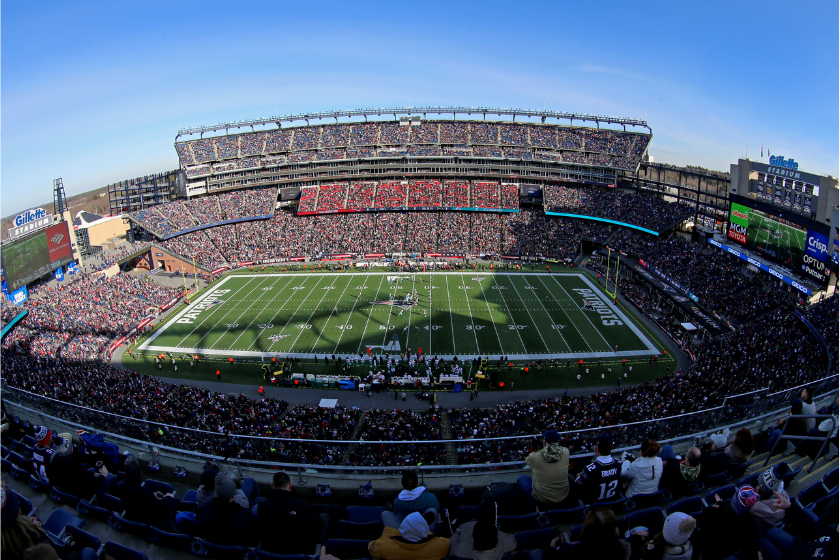 The palace Tom Brady and Bill Belichick built. New England Patriots fans have seen their fair share of playoff wins over the years. They brave the rain, sleet and snow to see their beloved Pats chase another ring or at the very least, another undefeated season against the New York Jets.

It's scientifically proven that yelling in sweatshirts with the sleeves cut off increases your voice by 10 decibels. 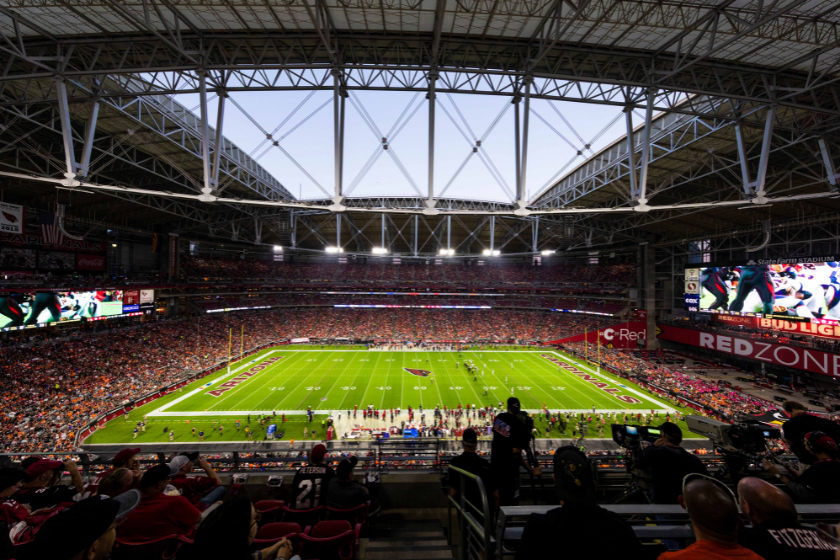 The home of the Arizona Cardinals only seats 63,400, making it the second smallest stadium in the NFL. However, Cardinal fans couldn't care less about how many of them there are because they always keep the energy level high.

State Farm Stadium led the league in forced false starts from 2006 to 2018. That deserves a banner in my opinion 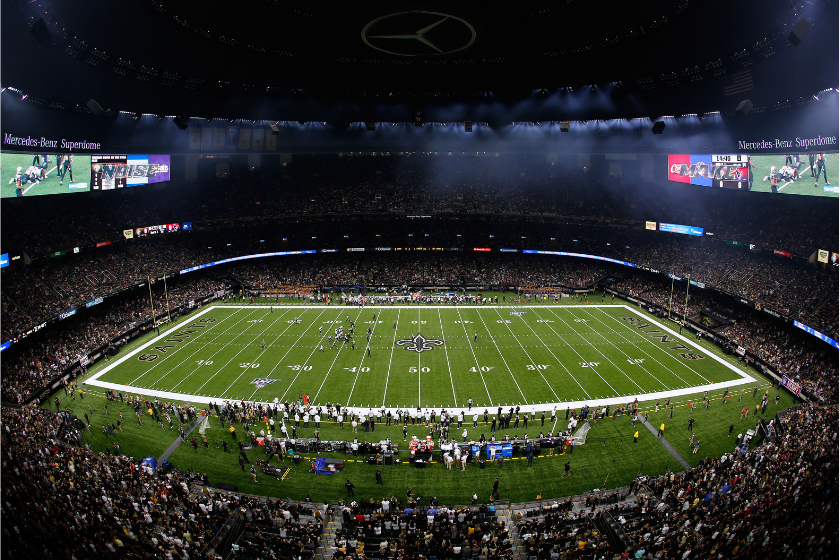 It's weird to refer to the cathedral of the New Orleans Saints as the Caesars Superdome. It's one of many recent stadium name changes (we'll get to another one farther down the list), and it doesn't feel right compared to Mercedes-Benz Superdome.

Anyway, The Big Easy loves its football and Saints fans aren't shy about it in the slightest. 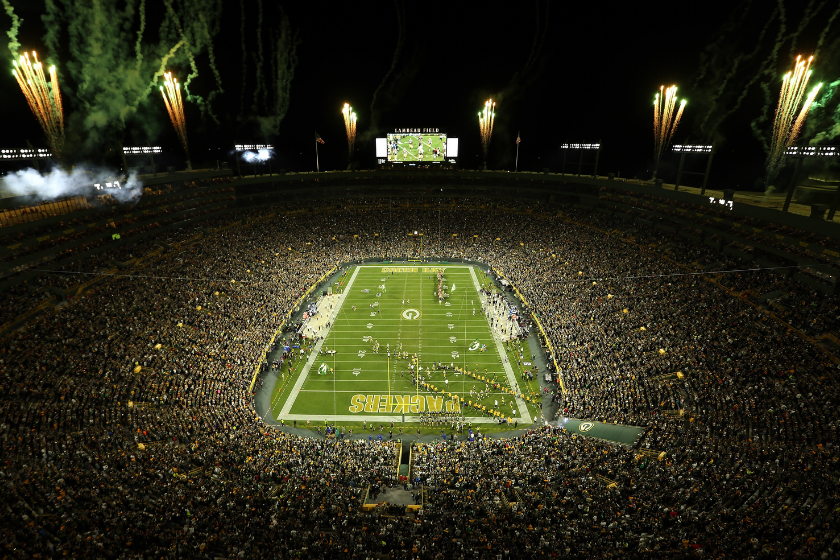 Lambeau Field has everything you could want in an intimidating home field. It's freezing, windy and Aaron Rodgers thrives there. Throw in roaring Green Bay Packer fans (who love to catch their players Lambeau Leaping), and you have a place everyone wants to avoid come playoff time. 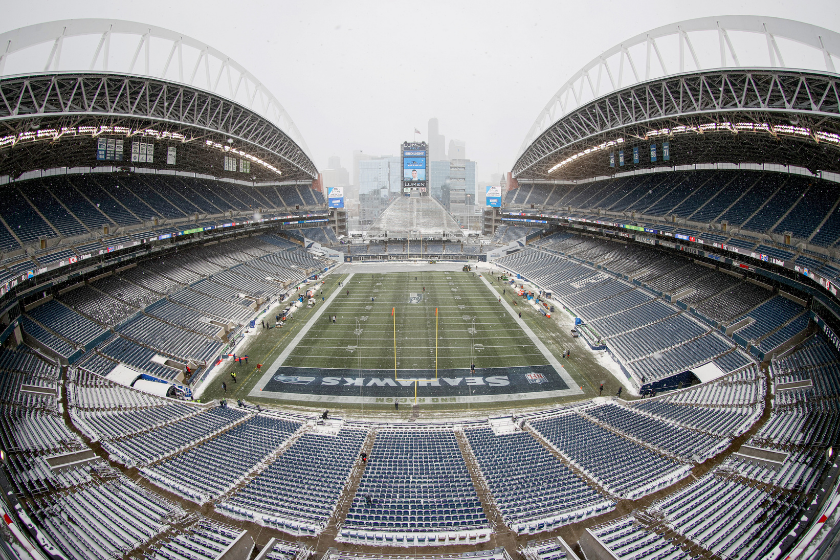 When will teams stop disrespecting fans by changing stadium names?

The Seattle Seahawks ditched CenturyLink Field when CenturyLink rebranded to Lumen Technologies in 2020. Nonetheless, it will always be the 12th Man regardless of who the sponsor is.

Seahawks fans are commonly referred to as some of the loudest in the league. They proved it by reaching a decibel level of 137.6 during a 2013 matchup against the Saints, which set the Guinness World Record for the loudest stadium in the world. Oh, and remember Marshawn Lynch's "Beast Quake" run that literally shook the ground because it was so loud?

The only louder stadium surpassed Seattle's feat a year later. 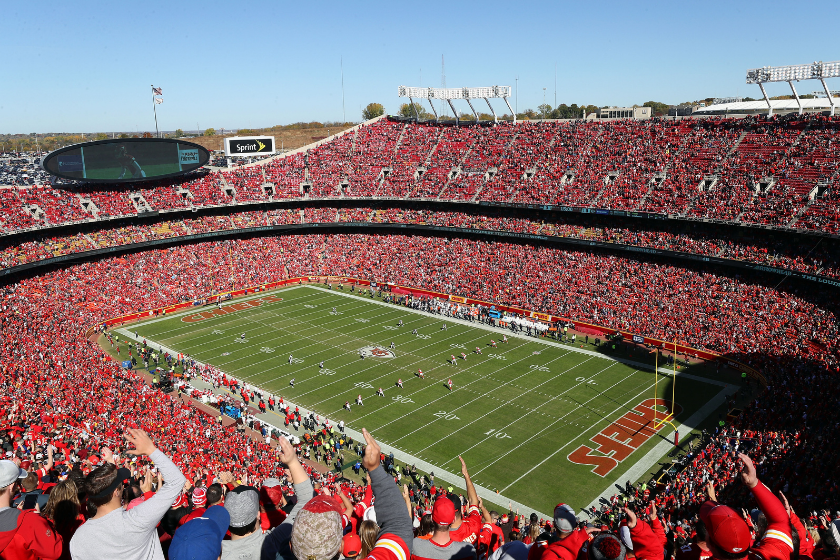 Kansas City Chiefs fans have had plenty to cheer about since Patrick Mahomes became the starting quarterback in 2018. However, KC fans have had a rambunctious reputation long before the Mahomes era.

Back in 1990, Chiefs fans were cheering so loud that Denver Broncos quarterback John Elway complained to the officials, who threatened to penalize Kansas City if fans didn't quiet down. As you can guess, fans respected Elway so much they happily followed his wishes because he asked so nicely. Psych!

There's a back-and-forth between Seahawk and Chiefs fans about who actually has the loudest stadium. The Chiefs have the title secured. For now.