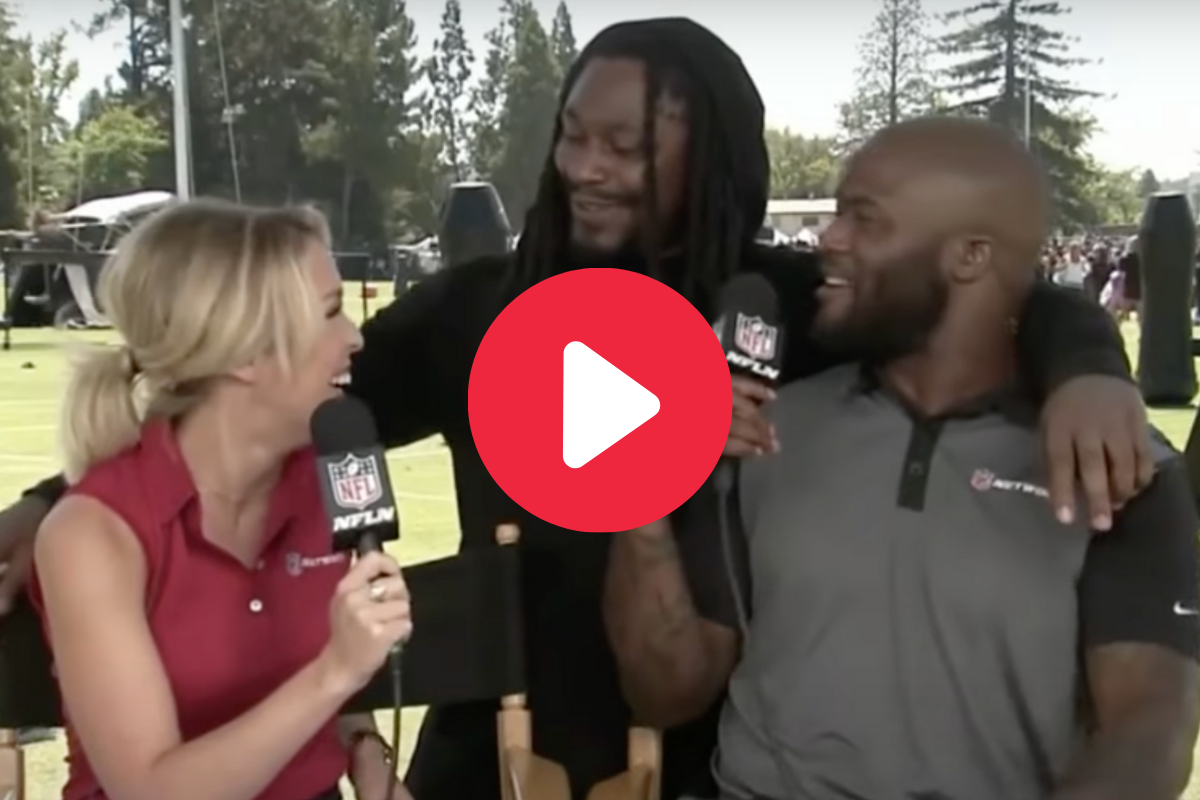 Marshawn Lynch‘s NFL career is the stuff of legend. The former Buffalo Bills, Seattle Seahawks and Oakland Raiders running back boasts one of the most impressive touchdown runs of all time — when he truly solidified his “Beast Mode” nickname — and has a Super Bowl ring.

Lynch is also known for being a jokester, and he made that abundantly clear during a 2017 Training Camp interview with the NFL Network.

Marshawn Lynch walked up to the recording session with NFL reporters Michael Robinson and Colleen Wolfe and proceeded to start cussing and flirting with Wolfe on live television.

After Wolfe brought up Lynch’s new soul food restaurant, Lynch decided to risk it all by asking her to go on their first date at the restaurant.

Unfortunately for Lynch, this was a shot that didn’t land, as he soon noticed the wedding ring on Wolfe’s finger and discovered she was married. He couldn’t secure a date with Wolfe.

The former Seahawks running back had just come out of offseason retirement to join the Raiders on a two-year deal as a free agent and was gearing up for the 2017 NFL campaign when the interview took place.

The most Beast Mode run of Marshawn Lynch’s career will never get old. pic.twitter.com/PNTT4K0KGy

Marshawn Lynch was selected by the Buffalo Bills in the 2007 NFL Draft, and spent his first four seasons in Upstate New York before being traded to the Seahawks.

Alongside quarterback Russell Wilson and under head coach Pete Carroll, Lynch won the Super Bowl in 2013, defeating the Denver Broncos in a one-sided affair. The Seahawks made the Super Bowl again in 2014, but were upended by Tom Brady and the New England Patriots.

Lynch retired from football in 2016 only to be lured back to the game in free agency by the Oakland Raiders in 2017 to play alongside quarterback Derek Carr.

He retired again after his stint in Oakland but returned to the Seahawks for a late-season and NFC playoff push in 2019.

MORE: Marshawn Lynch?s Net Worth Could Fill His Mansion With Skittles