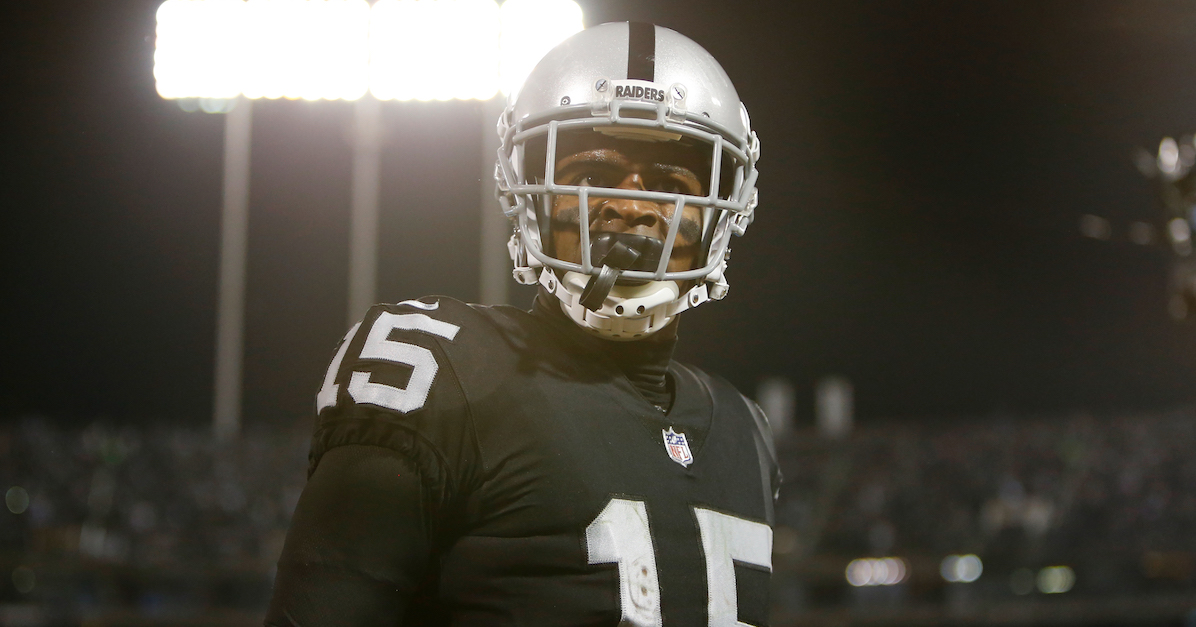 The Oakland Raiders were kind of a mess in 2017 and the end result was a massive overhaul headlined by the addition of Jon Gruden to run the ship. While most of the roster was disappointing for various reasons, it would be hard to classify the team’s passing game as living up to expectations, whether that was the play of Amari Cooper, the performance of Derek Carr or the entire effectiveness of the unit.

Michael Crabtree wasn’t particularly brutal for Oakland but the former top-10 pick will be 31 in September and, in short, he wasn’t exactly dominant. With that in mind, Jason La Canfora of CBS Sports brings word that his relationship with the Raiders could be coming to an end.

“League sources said Sean Smith and Michael Crabtree are not in the team’s plans, which creates about $16 million in cap and cash savings.”

To be fair, Gruden recently told The Mercury News that he hoped the Raiders “can get the best out of Crabtree and his career” but that was in the midst of an interview and could be on the generous side. Crabtree did contribute eight touchdown receptions a season ago but he may not be a snug fit in Gruden’s offense and, given the salary cap figure, it wouldn’t be a stunner if he was out the door for greener pastures.

After back-to-back seasons of 900 receiving yards or more, Crabtree notched just 618 yards through the air in 14 starts with eight touchdowns.

He was drafted No. 10 overall by the San Francisco 49ers, where he spent the first six years of his career. He joined the Raiders in 2015, where he’s played the previous three years.