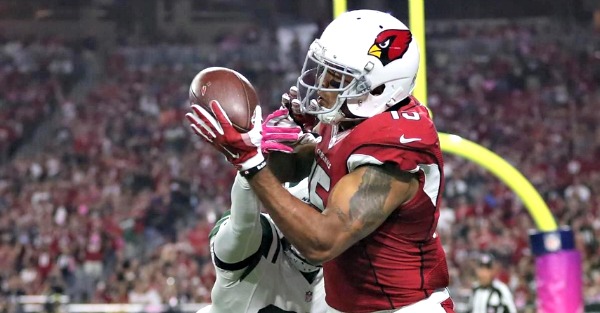 That’s what the Minnesota Vikings are telling a judge before Floyd’s court appearance to explain why he failed a drug test three days before the end of his house arrest.

Floyd has said, in an affidavit, that he drank kombucha tea at the recommendation of the Vikings, but didn’t know that it contained alcohol. The Vikings have sent a letter to Floyd’s attorney, who attached it to a motion seeking to cancel the hearing and reinstate electronic monitoring for the duration of his home confinement, according to a report in the St. Paul Pioneer Press.

Since he failed a drug test, the judge could send him back to jail.

Vikings have supported Floyd’s assertion that he didn’t know kambucha tea contains alcohol. Floyd, in the affidavit said he drank four or five bottles of the tea while watching a movie. He subsequently failed three self-administered breathalyzer tests.

Floyd, a wide receiver, was arrested on DUI charges in December and almost immediately cut from the Arizona Cardinals as a result. In the aftermath, Floyd has been ordered to stay away from alcohol completely while on house arrest.
In mid-May, he  signed a one-year contract with the Minnesota Vikings that could reportedly be worth as much $6 million if he is able to hit various incentives with the franchise.