NFL coach furious at officials after one-sided calls versus Patriots: “That one goes down in history.” 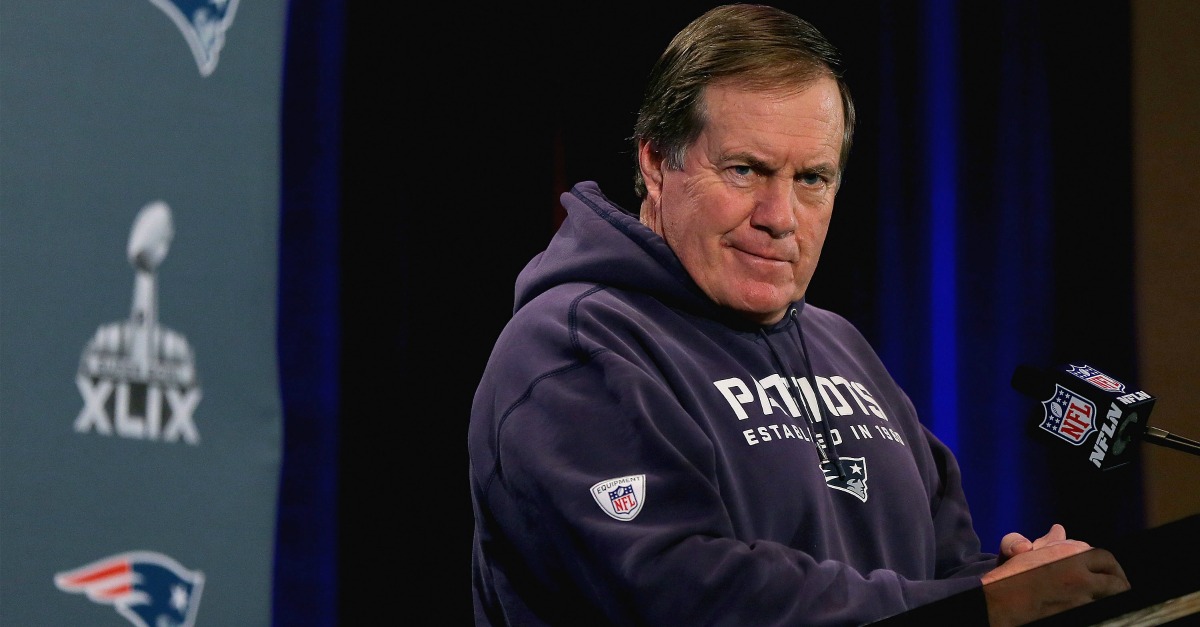 Mike Mularkey was up in arms after his Tennessee Titans were utterly embarrassed against the New England Patriots, to the tune of a one-sided 35-14 drubbing in the AFC Divisional round of the NFL playoffs.

Mularkey was wound up on two apparent botched calls, with others he simply didn’t touch on.

With the score tied at 7-each, quarterback Marcus Mariota converted a third-and-4 play for a 13-yard reception to wideout Eric Decker. Somehow this was ruled offensive pass interference:

Cmon @nfl refs. Once again impacting the game with BS calls. The flag was only thrown at the end of the play after @EricDecker87 caught the ball. Coincidence? 🤔 #TENvsNE @Titans @espn pic.twitter.com/Q2yDGUQjUs

Instead of a first down at the 40-yard line, the Titans punted and the Patriots drove down the field to take a 14-7 lead.

While the officials ruled Decker pushed off, Mularkey couldn’t even bring himself to give an answer on his opinion of the call, per CBS:

“That one, I won’t even talk about,” Mularkey said. “That one goes down in history.”

The Patriots would be stopped and forced to punt late in the first half, but drew the Titans offsides on another controversial call, allowing New England to drive down the field and take a commanding 21-7 lead.

The Patriots were initially called for a false start, but officials discussed and changed it to encroachment.

When asked about if he discussed the call with officials, here’s what he said:

“No, at that point, I got tired of the explanations I was getting. So no, I did not,” Mularkey said, via quotes distributed by the team.

Before the end of the half, the Titans would try to drive and stall out on a fourth-and-2 attempt. Running back Derrick Henry rushed left and was stopped, but officials yet again somehow missed a call:

Shocking the refs missed this call on 4th down. #Facemask pic.twitter.com/z3lEYioVs5

Mularkey didn’t touch on that one, but it would have set Tennessee up in New England territory with an opportunity to make it a one-possession game before the half.

The Titans have shown faith in Mularkey, giving him a vote of confidence to remain Tennessee’s head coach after the second-round playoff exit. We’ll see if that continues after the brutal loss.