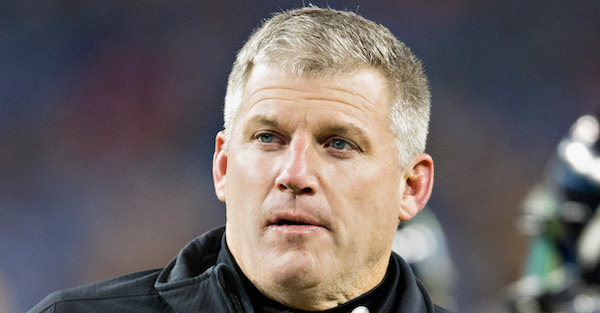 Bruce Arians is no longer the head coach of the Arizona Cardinals and, while that head coaching position is not the only one open in the NFL right now, it is a wildly intriguing job in a number of ways. To that end, several names have already been mentioned in conjunction with the vacancy but, on Saturday morning, Ian Rapoport of NFL Network put forth an interesting “darkhorse” candidate for the post.

Coaching news: #Texans DC Mike Vrabel is still in the mix for two jobs; Josh McDaniels and the #Colts seem to be a match; A #Vikings loss could cause the #Giants to jump at OC Pat Shurmur; #Steelers coach Mike Munchak is a darkhorse for #AZCardinals https://t.co/eUycm9Dx3v

Mike Munchak, who is currently serving as the offensive line coach of the Pittsburgh Steelers, earns that description and it isn’t as if he comes without top-level experience. He is a Hall of Fame player as an offensive lineman and, in addition, Munchak was the head coach of the Tennessee Titans for a three-year period from 2011 through 2013.

His overall performance as a head coach (22-26 record) is debatable, but Munchak is a name that is prominent and he has been lauded for his work in Pittsburgh since arriving. The Steelers would certainly not love to see him walk out the door but, on Munchak’s end, opportunities like this do not come around every day so, if true that he is linked to the opening, it would make sense for him to entertain it on the highest possible level in the coming days.