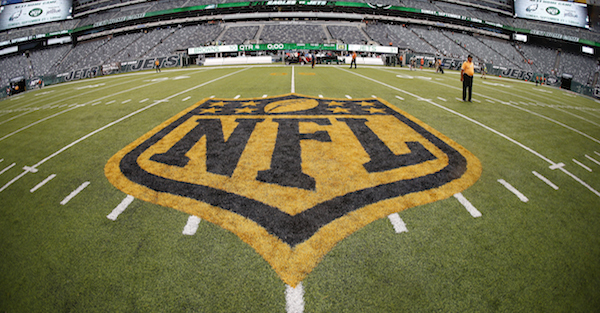 According to the article, owners were worried that the protests would have a short-term financial hit on league revenue with fans who disagreed with the players’ views. The owners discussed numerous ways to bring fans back, including one ridiculous idea in which players would wear “Team America” patches, as detailed below:

“There was a general, if fanciful, consensus that even a short-term financial hit could benefit the league in the long term, especially if the league and the union could join in solidarity behind a single plan. That?s how the league?s marketing department was planning to proceed, even if some of the rough ideas fell flat. One idea had all players wearing a patch on their jerseys that would read, ‘Team America.’ An owner briefed on the proposal simply shook his head: ‘We need to do better than that.'”

The story also details how NFL Commissioner Roger Goodell reached out to NFLPA president DeMaurice Smith on Monday morning hoping to get Smith to call off the protests. It also reveals that the owners were “all pissed at the president,” although none of them wanted to get into a battle with Trump.

Last week, Trump made headlines during an appearance in Alabama in which he commented on the league-wide national anthem protests by saying that NFL owners should respond to the player protests with the phrase ?get that son of a bitch off the field.?

The President also found himself in another battle he waged with former NBA MVP Stephen Curry of the Golden State Warriors, claiming he withdrew his invitation to visit the White House, which Curry and the team have stated they had no interest in previously.