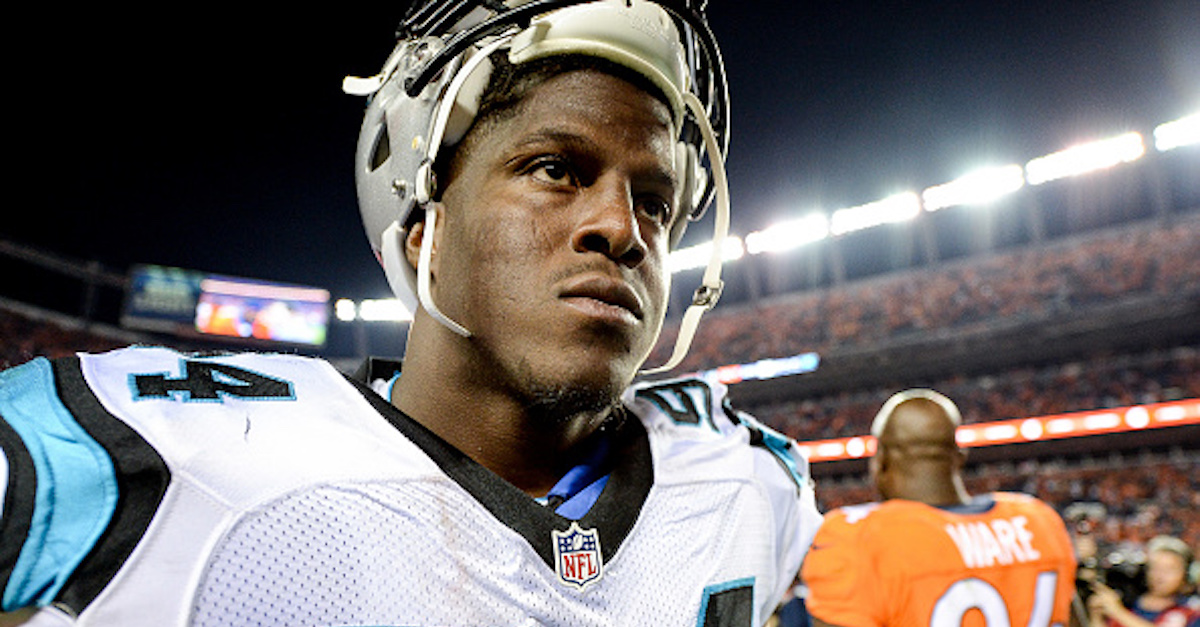 According to the organization itself on Twitter, the New England Patriots have released defensive lineman Kony Ealy.

Ealy, who’s 25 years old, hadn’t even been with New England that long, but Bill Belichick and crew apparently feel that he wasn’t a good fit.The Patriots acquired Ealy in a trade with the Carolina Panthers this past March. They sent a second-round pick to Carolina in exchange for Ealy and a third-round pick.

Drafted 60th overall by the Carolina Panthers in the 2014 NFL Draft, Ealy played in 47 regular season games with the Panthers, notching 76 tackles, 14 sacks, one interception, six forced fumbles, two fumble recoveries, and five passes defended. He also played in five playoff games with the Panthers, notching 12 tackles, three sacks, and an interception. Notably, his interception came against Peyton Manning in Super Bowl 50. Ealy dropped back into zone coverage as a defensive lineman and tricked Manning with a one-handed interception:

For all intents and purposes, Ealy has had a pretty good NFL career so far, so it is a bit surprising to see the Patriots send him packing so close to the start of the 2017 season. Keep in mind, he started six games for the Panthers in 2016, so it’s not like he’s incapable of making an impact in the NFL. They got him mostly to replace the recently retired Rob Ninkovich, but he doesn’t seem to have a similar fit in the defensive scheme.

New England basically threw away a second round draft pick in this instance, though at this point, who are we to criticize the Patriots? They obviously know what they’re doing.