NFL's overtime rules have a been a major source of debate among fans, players and coaches in recent years. Many football fans have argued that the NCAA has perfected their format and the No Fun League should follow suit by giving both teams an opportunity the chance to score no matter what.

Not everyone is familiar with the NFL's overtime format as it stands today. In fact, the league's overtime rules haven't always been the same since the first overtime was played back in a 1958 playoff game. The NFL didn't introduce overtime to the regular season until 1974 and they now play different rules when two teams are tied as the clock runs out.

So, what exactly are the NFL's current overtime rules and why are they hated so much by everyone? Plus, why won't the NFL change them? 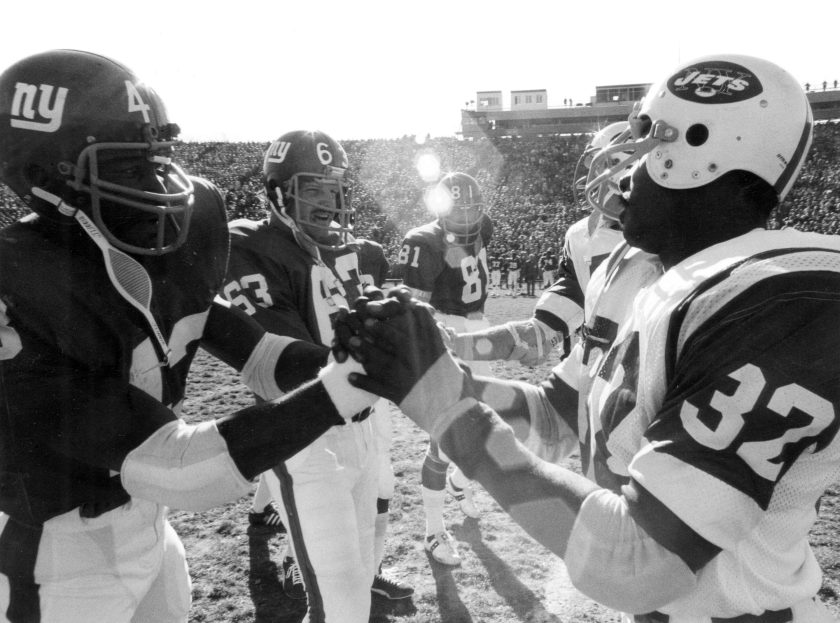 The NFL first introduced overtime in 1940, but it was only for a theoretical divisional tiebreak game. Then, in 1946, they added it to the mix for championship games. This came into play in the 1958 NFL Championship Game between the Baltimore Colts and the New York Giants. This game became known as the "Greatest Game Ever Played."

Hey, in 1958, that might have been true. They had yet to see the "Music City Miracle" or the time Dan Orlovsky ran out of the back of the end zone for a safety for the winless Lions.

In 1974, the NFL added overtime for regular-season games. At the end of regulation, there would be a brief intermission before 15 minutes were to be played, a fifth quarter effectively. There would be an overtime coin toss, with the winner getting to choose whether they got the ball first.

At the time, and for many years, NFL overtime was sudden death. That meant the first team to score would win. If no team scored in that extra period, the game would end in a tie during the regular season.

Some people grumbled that a coin toss followed by sudden death football was not fair. A team could win the coin toss, get the opening kickoff, and then drive down the field for a field goal on their first drive. The game ends, but the opposing team didn't even get to have the ball. 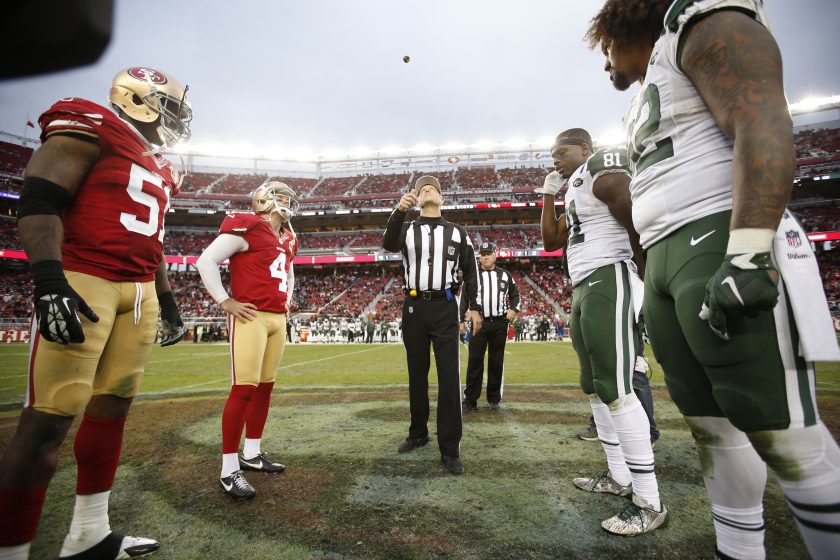 As such, the NFL decided to tweak their overtime format in 2010. It was only for playoff games, but then they made it the rule for the regular season in 2012. Since we're talking regular-season football, we'll focus on the rule change as it relates to those games.

In essence, NFL overtime was no longer sudden death, and winning the coin flip was no longer quite so advantageous. If the team that gets the ball first (let's call them Team A) drives down for a touchdown on their opening drive, the game is over and they win. If the opponent (Team B) scored a safety on Team A's first possession, then Team B is the winner.

However, let's say that Team A scores a field goal on the opening drive. In that case, Team B would get the chance to have the ball. If they score a touchdown, they win. If they score a field goal and tie the game, then the game continues in true sudden-death fashion. Also, if neither Team A nor Team B scores on their first possession, then the game continues in sudden-death form as well.

Why NFL's Overtime Rules Are Stupid 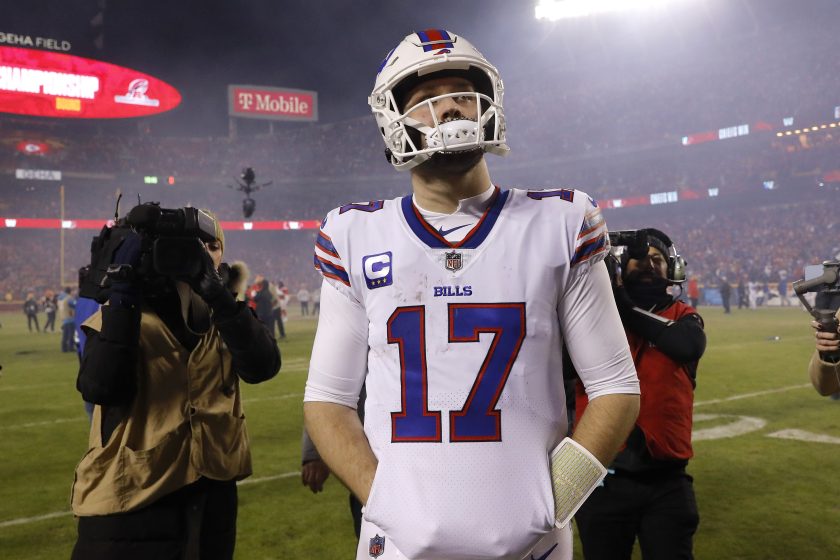 The main thing to remember is that if a team scores a touchdown on the first drive, that team wins. If they don't, the other team gets a chance to score. That seems problematic and unfair, because a simple coin flip can decide the outcome of a shootout between two quarterbacks.

Fans, media members, former players and even current players have been opposed to these rules.

After the Buffalo Bills' loss to the Kansas City Chiefs in an NFL Division Round playoff game in 2022, that dialogue swirled once again.

"Time we re-examine the #NFL overtime rules," Emmanuel Acho wrote on Twitter. "Josh Allen threw for 329 yards and 4 touchdowns, he scored on 3 of his final 4 possessions and never touched the ball in overtime."

"Awesome, amazing game. #Chiefs...wow. #Bills really proved to be worthy of all the praise and expectation. A bummer overtime didn't let both of these QBs touch the ball. That's the rules...but I really hope in the future a coin toss doesn't continue to play such an important role," Yahoo NFL reporter Charles Robinson wrote on Twitter.

This is especially irritating considering college football has the much better overtime procedure. Hello, NFL, take a page from the NCAA's book here.

The consensus seems to be clear: The NFL overtime rules need an overhaul. 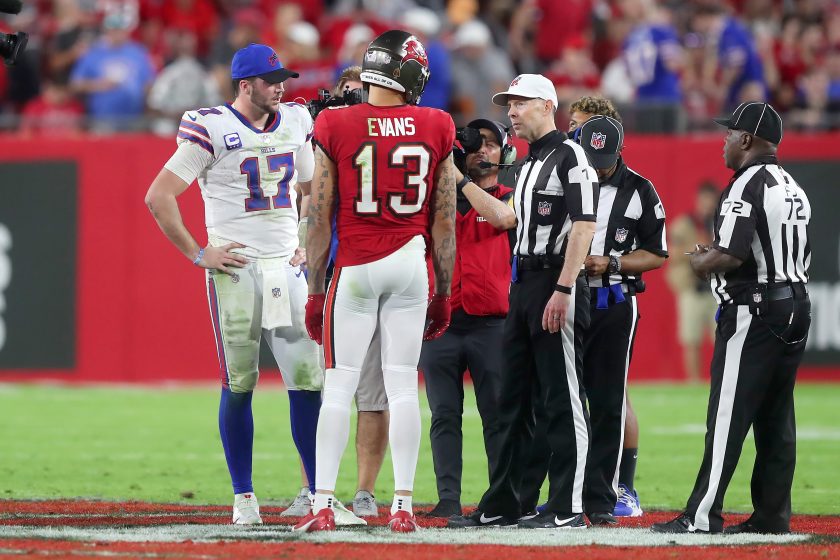 Teams get two timeouts for overtime, and there are no challenges. The replay official has to handle all of that, like in the final two minutes of the game. Oh, and extra points are not kicked if a touchdown ends the game. Sorry, kickers.

The first time this came into play was in the first week of the 2012 NFL season. The Minnesota Vikings were facing the Jacksonville Jaguars and kicked a field goal on their first drive. Jacksonville had a chance to match but failed to do so.

How Long is NFL Overtime? 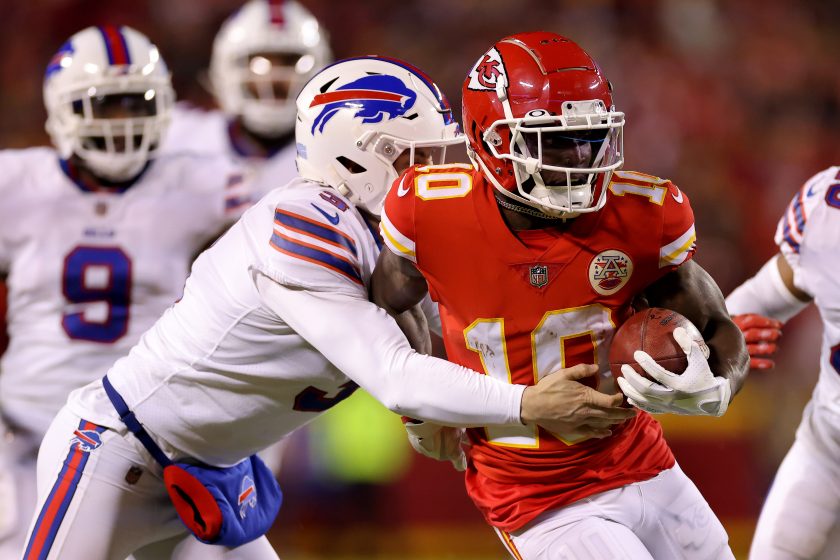 Another change came in 2017 for regular-season football. The NFL decided the overtime period was simply too long.

Overtime was shortened from 15 minutes to 10 minutes. Also, in 2021, overtime was ended for preseason games, which seems like something that should have happened years earlier. Better late than never. 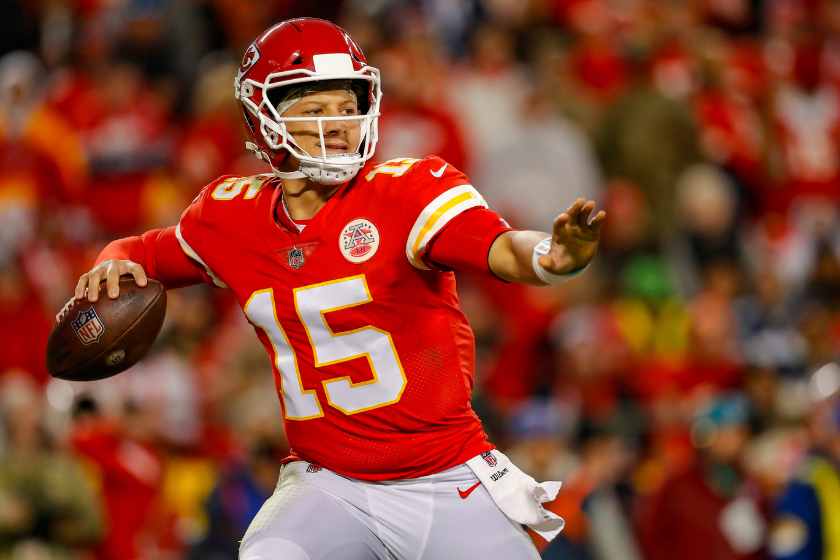 RELATED: The Longest Game in NFL History Lasted Over 7 Hours

The rules for NFL playoff overtime are similar to the regular-season regulations, save for one key difference. Namely, there has to be a winner. That means, in theory, a postseason game could go on for four or five overtimes (or until a team scores), like an NHL game. In practice, that has never happened.

Here's how the NFL lists its postseason overtime rules:

In the history of NFL football, there have been six playoff games that have had multiple overtimes. None of them have gone more than two overtimes, though.

The longest game in NFL history was an AFC playoffs affair between the Miami Dolphins and the Kansas City Chiefs in 1971. With 7:40 left in the second overtime, Garo Yepremian kicked a field goal to give the Dolphins the 27-24 win. The most recent double-overtime game in the NFL came in 2013 when a Justin Tucker field goal gave the Baltimore Ravens a win over the Denver Broncos en route to a Super Bowl victory later that season.

More recently, the New Orleans Saints lost a heartbreaker in the 2020 playoffs when Kirk Cousins and the Minnesota Vikings drove down the field and scored. The 2019 AFC Championship game, in which Tom Brady and the New England Patriots did the same to Patrick Mahomes and the Kansas City Chiefs, also featured this agony.

Then in 2022, Mahomes and the Chiefs were on the winning side of this madness. They won the toss and received the ball in overtime of an NFL Divisional Round playoff game and drove down the field for a game-winning touchdown to Travis Kelce while Josh Allen and the Buffalo Bills offense sat on the bench.

While many people in the NFL community voiced their displeasure with the rules -- because a coin flip and not one of the best quarterbacks in the NFL decided the game --, Allen chose not to after the game.

"The rules are what they are, and I can't complain about that because if it was the other way around, we'd be celebrating, too," Allen told reporters after the loss. "So, it is what it is at this point. We didn't make enough plays tonight."

As for the Super Bowl, there was never an overtime game in a Super Bowl for many years. Then, Super Bowl LI happened at the end of the 2016 season. That game is perhaps best remembered for the Atlanta Falcons blowing a 28-3 lead over the New England Patriots.

However, it took the overtime period for the Pats to overcome that deficit in total. Tom Brady and company got the ball to start overtime, but the Falcons never got to touch the ball since the Pats scored a touchdown. And, of course, the Patriots didn't kick an extra point.