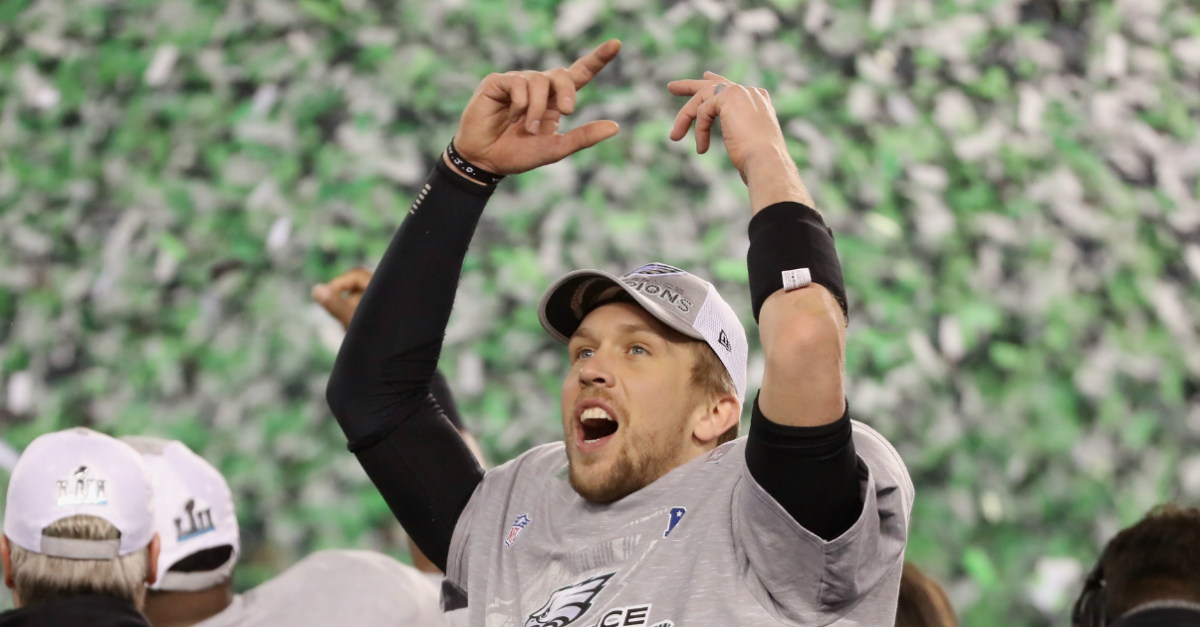 Philadelphia Eagles quarterback Nick Foles, who played fantastically in the NFC Championship Game, is currently standing on top of the world. Having gone from bench-riding journeyman to the dude who led the Eagles to the Super Bowl, it isn’t as if anyone could blame him.

That said, it appeared as though the Eagles were planning for the QB’s exit the moment they brought him back.

When Foles signed with Philadelphia, he was brought in to hold a clipboard while Carson Wentz did magical things. There wasn’t much expected out of him. Due to that, oddly enough and according to the Boston Globe’s Ben Volin, it resulted in a deal that self-destructs after two years.

The final three years of Foles' deal void if he's on the Eagles' roster 23 days before the start of the 2019 league year, i.e. mid-February

Basically, it gives both the player and the franchise an out.

it makes sense. Team wants a 5 year deal to smooth out the signing bonus, player wants to hit free agency in two years

Foles — who was obviously filling in for injured Eagles starter Carson Wentz — was absolutely fantastic, throwing for 352 yards and three touchdowns to lead the Philly offense to an easy victory.

With the win over the Minnesota Vikings on Sunday, the Eagles will go on to face the New England Patriots in Super Bowl LII in Minnesota.

The Patriots advanced earlier on Sunday by defeating the Jacksonville Jaguars in a comeback thriller.