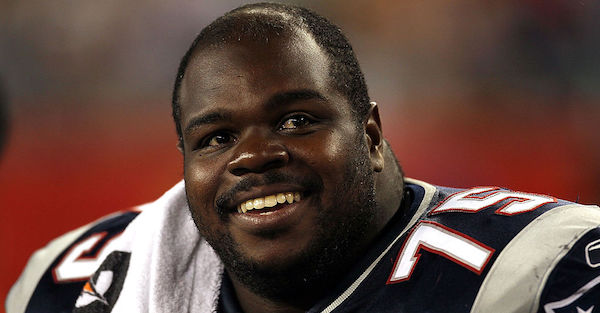 Free agent nose tackle Vince Wilfork is considering retiring from the NFL after 11 years in the league.

Wilfork said on SiriusXM NFL Radio on Friday that he is “50-50” about retiring.

Wilfork spent the last two seasons with the Houston Texans. His numbers declined with Houston, though he was never the type of player to put up gaudy stats.

Wilfork spent the first nine years of his career with the New England Patriots, where he won two Super Bowls. He made the Pro Bowl five times, and he was named a First Team All-Pro in 2012.

The Patriots drafted Wilfork in the first round of the 2004 NFL Draft out of Miami.

Wilfork signed a two-year, $9 million deal with the Texans in 2015. His decision on whether to return for another season will likely come down to money.