Odell Beckham Jr. is Sick and Tired of Being Randomly Drug Tested 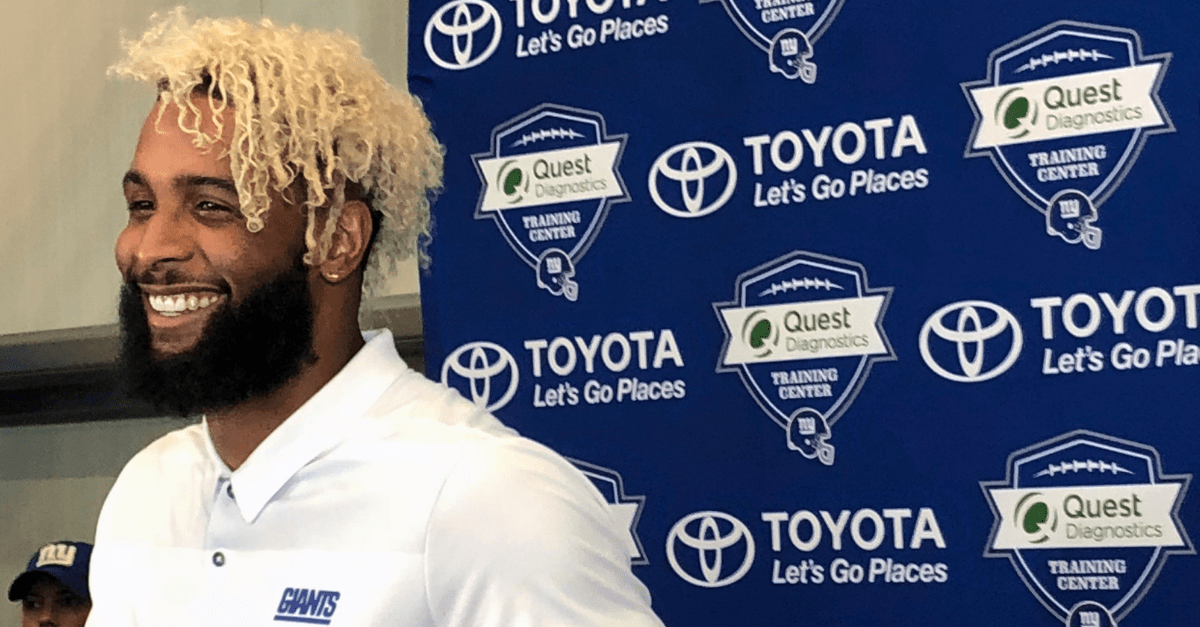 Odell Beckham Jr. is more explosive than ever and has some of the deepest pockets in the NFL. The New York Giants superstar wide receiver also gets randomly drug tested by the league more than he likes.

After walking into the practice facility on Thursday morning, before the Giants travel to face the Houston Texans at NRG Stadium, the 25-year-old Beckham had to take another ?random? drug test, which obviously did not set well.

Walkin in today to my 997,546 “””RANDOM””” PED drug test today. It’s actually funny how I “randomly” get tested every other week. Dear @NFL please stop sending these people, ur takin away from meeting times and film… thanks #ThisAintWhatYaLookinFor #ThisIsBeyondMeeeee

Alright, so the 997,546 number is a bit inflated. OBJ would have had to take nearly 106 drug tests a day from the time he was born through Thursday to make that possible, but you get the point.

?Walkin in today to my 997,546 ?RANDOM? PED drug test today. It?s actually funny how I ?randomly? get tested every other week. Dear @NFL please stop sending these people, ur takin away from meeting times and film? thanks #ThisAintWhatYaLookinFor #ThisIsBeyondMeeeee? ? New York Giants Wide Receiver Odell Beckham Jr., via Twitter

Is it because Odell Beckham Jr. is returning from a fractured left ankle he suffered in Week 4 of the 2017 season? How about the fact he is the quickest player in NFL history to 200 receptions and 3,000 receiving yards? Could it be the then-record-breaking five-year, $95 million contract extension, with $65 million guaranteed?

Why does the three-time Pro Bowl selection, one of the NFL?s best players, continuously get tested at random?

Other than that world ! Have a blesssssed day #PVO

Since being drafted No. 12 overall in the 2014 NFL Draft out of LSU, the 5-foot-11 Beckham has terrorized defenses. He registered 313 receptions for 4,424 yards and 38 touchdowns in a little more than three seasons.

In 2018, the Giant already has 15 catches for 162 yards in two games, but has yet to score a touchdown on a pass from quarterback Eli Manning.

There is no doubt OBJ will continue to be one of the top players in the game this season and beyond, and apparently more random drug testing could be on the way, too.