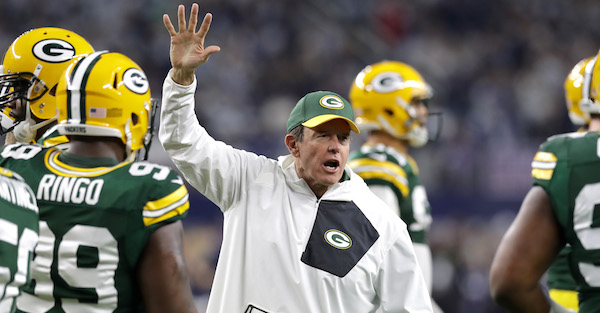 The Green Bay Packers just missed the playoffs and had a losing season for the first time since 2008, and the franchise has already made a shakeup to the coaching staff for next year.

ESPN’s Rob Demovsky reported that the Packers have fired defensive coordinator Dom Capers, who has been the DC since 2009.

Packers defensive coordinator Dom Capers was fired following Sunday night's loss at Detroit, per a source. There will be other changes among the defensive coaching staff to follow. https://t.co/h6zqb2niJf

Green Bay finished 7-9 on the year, and most of the struggles can be attributed to Aaron Rodgers breaking his clavicle during a Week 6 loss to the Minnesota Vikings.

But the Packers finished 22nd in total defense, and they finished 26th overall in points allowed. Capers, 67, has been an assistant in the NFL since 1986, and he’s coached eight different franchises as an assistant or head coach.

Demovsky said there will likely be other changes made on the defensive side of the ball following the firing of Capers.

Green Bay is usually among the most patient of any franchise with making coaching changes, but they were needed after weaknesses were exposed on both sides of the ball following the injury to Rodgers.