After a rather disappointing start to the season by the Green Bay Packers' standards, was trading Davante Adams a major mistake? Did Adams make Aaron Rodgers who he is? As a Bears fan, that'd be fun to say yes to, but that's not entirely true. Both Rodgers and Adams will go down as greats in their own right, but having both of them on the same offense was undeniably important to their offensive success.

Now, without Adams on the Packers, their offense has taken a major hit. 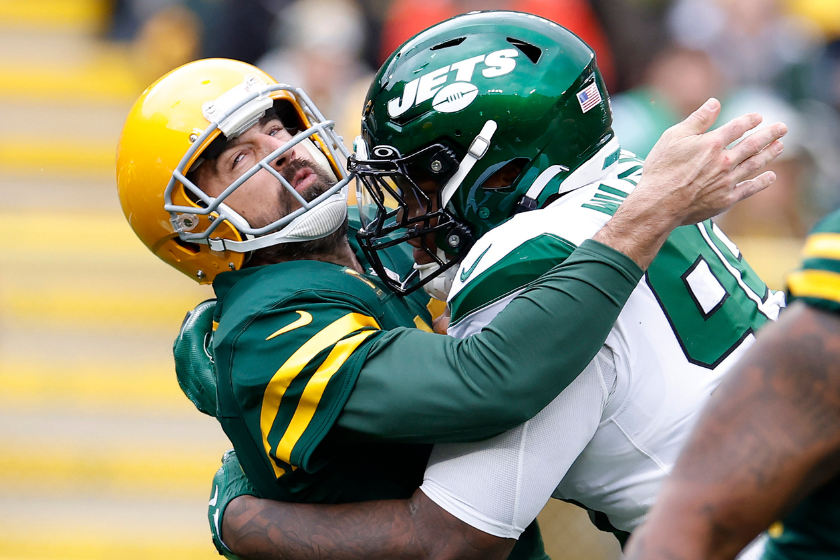 Following their 27-10 loss to the New York Jets, the Packers sit 24th in the NFL in points for, with an average of 17.8 points per game. Last season, when Adams was still running routes in green and gold, the Packers ranked 10th in points per game, with an average score of 26.5 points per game. It's not a known fact that this stat would be different if Adams was still on the Packers, but through six games, Rodgers already has almost as many interceptions as he had all last season. In 17 games last season, Rodgers threw for 37 TDs and four INTs, whereas in this season, he's thrown nine TDs to three INTs.

Whether it's the players, the fact that Nathaniel Hackett and Luke Getsy aren't on the offensive coaching staff anymore, or the amount of ayahuasca in Rodgers' system, this season isn't looking like a typical Green Bay Packers season.

So, what can the Packers do? Is there a secret serum the team can drink to find out how to collectively play football well? Probably not, at least not one that's allowed by the NFL.

There is one way the Green Bay Packers can give their team a much-needed boost before the season gets too far away from them, and that's to be buyers prior to the Nov. 1 trade deadline.

Specifically, they need to buy wide receivers, as their offense could really use one or two. 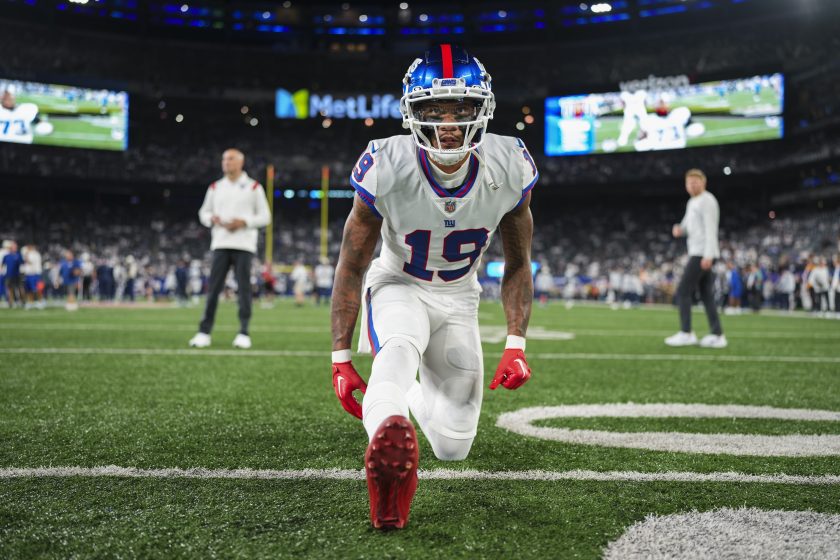 With the New York Giants sitting at 5-1, they could be interested in trading away some players who aren't getting used in order to get pieces to build with. Prior to this season, very few non-Giants fans were expecting much from this team, but with the addition of coach Brian Daboll, this team could be building something special in the Meadowlands. And, respectfully, Kenny Golladay probably isn't in those plans.

Since the Giants signed Kenny Golladay to a $70m+ contract & drafted Kadarius Toney in the 1st round their left tackle has more receiving TDs than those two combined.

The biggest problem with this is they will have to trade a low-production player with a very hefty contract. According to Spotrac, Golladay signed a four-year contract worth $72 million, with $40 million guaranteed. The Packers don't have a ton of cap space, but if adding Golladay and taking on his contract meant not giving up much in a trade, it could be worthwhile for the Packers. Golladay's inconsistency in New York shouldn't destroy the reputation of his career. With all due respect, it's likely more fun -- and a lot easier -- for wide receivers to play with Rodgers than it is to play with Daniel Jones.

Standing 6-foot-4, Golladay is a big-bodied receiver Rodgers likely would love to have on his offense. So if the Packers are willing to take on his contract, it could be a real possibility. 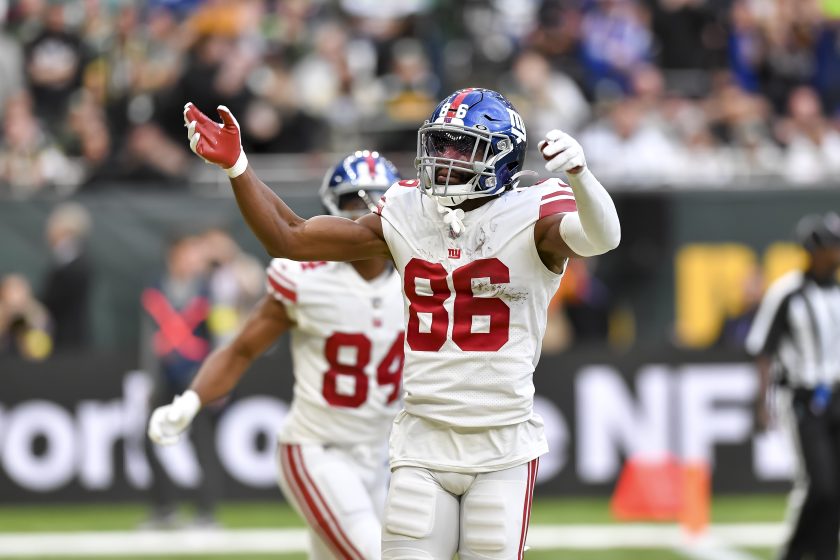 Here's another New York Giants receiver who's likely on the trade block. After an impressive eight-TD rookie season for Darius Slayton, it's been a bit of a decline ever since. However, as mentioned previously, Slayton would likely benefit greatly from moving on from Jones and being paired with Rodgers. Slayton is also in the last year of his rookie deal, so if the Packers traded for him, they'd be getting a receiver who doesn't hurt the cap as much as Golladay would.

Slayton is a bit shorter but also faster. The Packers have Allen Lazard as their "big guy," so getting a speedster in the rotation would help them tremendously. And with the Packers likely buyers of wide receivers prior to the trade deadline, Slayton could be on the move to Green Bay. 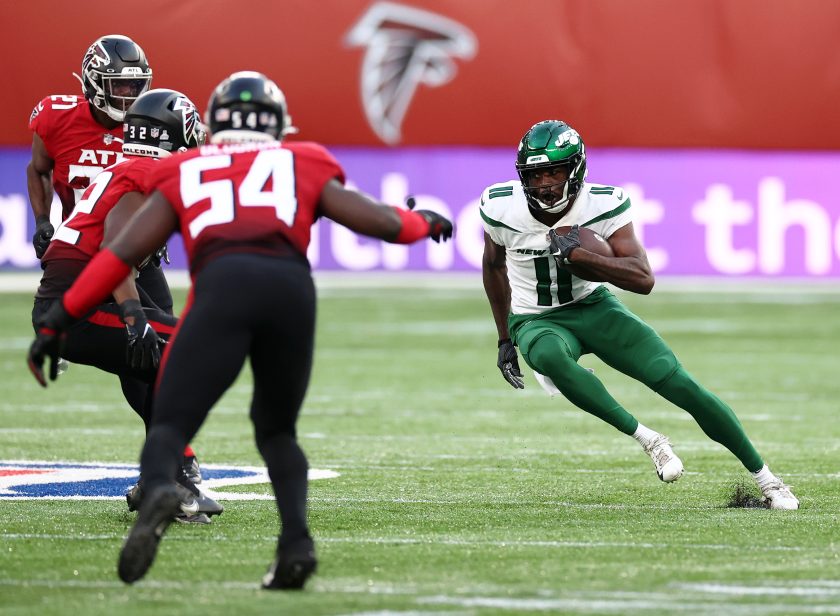 Another New York team that's surpassing expectations could be selling prior to the trade deadline. Which player they could sell is speculation, but Denzel Mims is a name the Green Bay Packers are likely looking at.

#Jets WR Denzel Mims, who recently requested a trade, has 6 receptions for 91 yards and this TD today vs. the Giants.

Showing the Jets and the rest of the league what he's got.pic.twitter.com/7JMNsbm0Ko

On top of that, Mims has requested a trade from the New York Jets, so it's not speculation whether he wants to be on the team or not. Mims is a bit more of a gamble since he hasn't played a snap this season due to healthy scratches, but his performance in his career should put some of the questions to sleep. There's a clear issue between Mims and the Jets, so any team that needs a wide receiver should be calling GM Joe Douglas to get a deal done. And on top of that list of teams should be the Green Bay Packers. 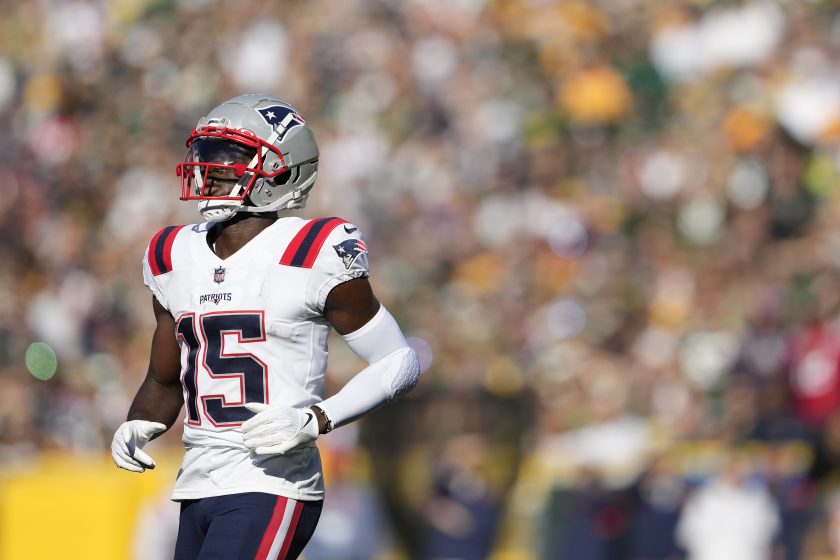 Last up is a guy who's bounced around a bit: Nelson Agholor.

After five seasons with the Eagles, Agholor signed with the Raiders for a year, then signed with the Patriots for a year. And with the inconsistencies from the Patriots' offense, trading Agholor could be worth it for both parties. He's an older guy at 29, but he's arguably still better than what the Packers have. For what it'd take to get Agholor, Green Bay would be doing a disservice not to entertain a trade with him involved.

The trade deadline is coming up quickly, and if the Green Bay Packers want to turn this ship around, acquiring one of these wide receivers would be a real help.