As Philadelphia has recently catapulted into the ranks as a go-to pizza town, we'll preview the Eagles season in the same way a pizza would be made: Dough, Sauce, Cheese, Toppings, Bake & Enjoy.

Last season began with question marks but ended with a surprise playoff berth and a 31-15 spanking in the Wild Card round delivered by the hand of Tom Brady and the Tampa Bay Buccaneers (who would next lose to the Super Bowl LVI Champion Los Angeles Rams). With legitimate questions surrounding Jalen Hurts's development, Nick Sirianni's offensive play-calling, and Jonathan Gannon's defensive scheme, will this Eagles team elevate and contend with the Dallas Cowboys to win the NFC East and vie for a trip to Glendale for Super Bowl LVII?

Start with the Dough: Foundation 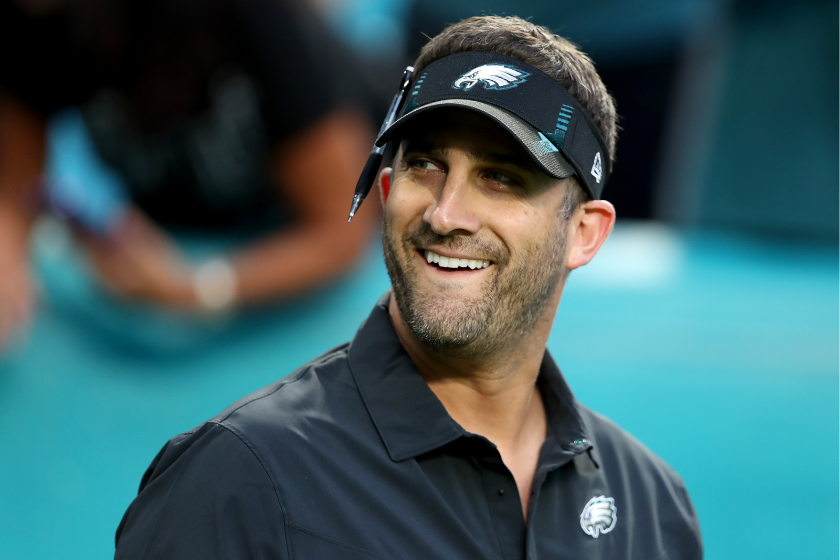 Eagles GM Howie Roseman has built the foundation for this team to make a serious Super Bowl run. I'm talking about a possible 10-2 start to the season kind of serious. They have the second-easiest projected schedule in the league and have made key offseason additions to capitalize on a weak NFC East (and the middling AFC South). Roseman has had paltry drafts, save for picking interior lineman, so he decided to take chances via trades and free agency on proven NFL high-end starters on both sides of the ball. The streets of Philadelphia have reclaimed the adage "In Howie We Trust," and aptly so. It's out of his hands...for now.

Add to the drama: Nick Sirianni, the quirky second-year head coach, who still has much to prove with his offensive play-calling. Will his in-game adjustments improve? He's had a full offseason to get in sync with quarterback Jalen Hurts. He is definitely a players' coach, but will it translate to the win column?

What to look forward to: Sirianni has so much to work with and has proven to be a collaborative coach. He's going to get creative and let Jalen Hurts get freaky -- this is a coach who got his play calling sheet handed to him on a platter by the Buccaneers's monster defense...he's hungry to grow. 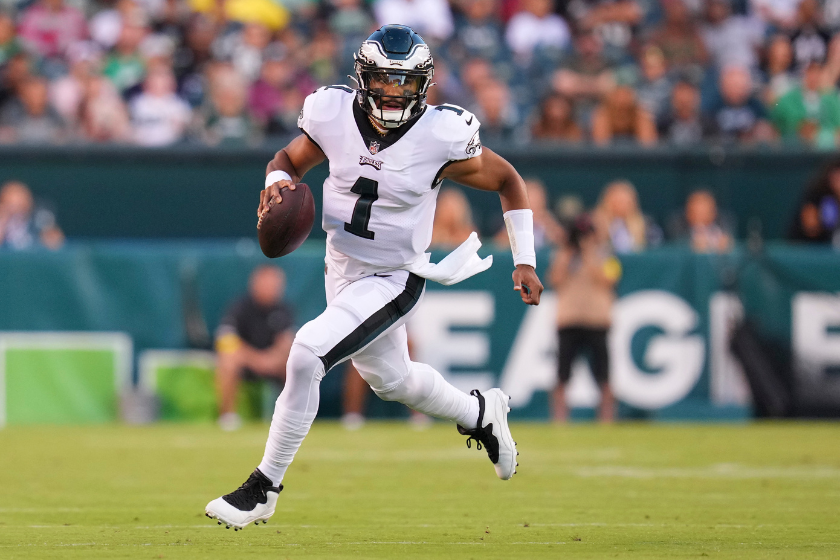 The subtitle of this Eagles season is: The Jalen Hurts Year.

Is Jalen Hurts the Eagles' long-term answer at quarterback?  He needs to improve on his progressions and limit mistakes, but he was surprisingly solid last season while surrounded with limited weapons. The Eagles hold massive draft capital in next year's draft and could look to upgrade with a stacked 2023 QB class if he doesn't perform. He has been given the keys to the organization...will he deliver?

Roseman, much maligned for drafting busts JJ Arcega-Whiteside and Jalen Reagor, made the trade of the NFL Draft by acquiring AJ Brown from the Titans. This proven 1,000-yard threat adds a star to a budding receiver core of second-year WR DeVonta Smith, newly extended TE Dallas Goedert and speedster Quez Watkins. Add reliable former Colts wideout Zach Pascal in the slot and there are plenty of options for Hurts in and outside of the hash marks.

And the least sexy for fantasy footballers, but the most promising part of the Eagles offense is their offensive line. With perennial stars and captains Jason Kelce (center) and Lane Johnson (RT), budding youths Aussie Jordan Mailata (LT) and Landon Dickerson (RG) and capable others/backups, this is the best unit in the game.

Miles Sanders heads the No. 1 rushing attack in a contract-year. He is joined by emerging back Kenneth Gainwell, Boston Scott (a Darren Sproles clone) and recent addition former 49ers bruiser Trey Sermon. If Sirianni doesn't get too wrapped up in the passing game, this ground attack could rush the ball over 500 times again.

What to look forward to: Hurts throws for over 4,000 yards and 24+ TDs this year. He'll run for another 600+ and be in the MVP conversation. DeVonta Smith caught 64 balls for 916 yards last year. As he moves to the Y-position, I expect him to be open a lot. Look for 1,000 yards. Jordan Mailata gets his first Pro-Bowl nod. Gainwell is going to gain (yards) well. The Eagles will use him as a primary -- I'm not sold on Sanders and hope he stays healthy.

Sprinkle the Cheese: Some New Toys on D 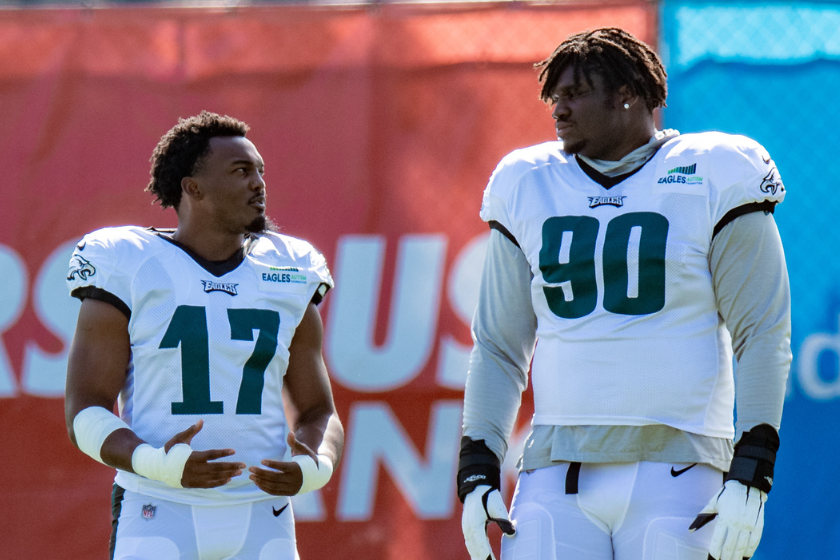 Jonathan Gannon, the almost-Houston Texans coach, returns for his second year helming a defensive unit that allowed the 10th-fewest yards while pitted against some truly mediocre quarterback play.

This unit was immediately upgraded with the free agency additions of Philly-native Haason Reddick, former New York Giant James Bradberry and Kyzir White from the Chargers. Also, the recent trade for free safety CJ Gardner-Johnson sured up the only true hole on this Eagles team. Lest we forget in the April NFL Draft, the Eagles scored on two true "dawgs" from the national champion University of Georgia: Jordan Davis, the 6-foot-6 DT who ran a 4.78 40-yard dash in the combine (big man moves FAST), and a possible steal in LB Nakobe Dean, who fell to the third round because of a pectoral issue. He will get some reps but is a smart player and quick learner.

The D-Line should feast this year with the addition of Davis and the return of captain and Super Bowl legend Brandon Graham, plus Pro-Bowlers Javon Hargrave and Josh Sweat alongside former All-Pro Fletcher Cox.

For an Eagles team that hasn't had a decent linebacking corps since the early aughts, this unit of Reddick (who'll be used on the line and as the SAM) alongside Kyzir White (who should rack up a high tackle count as the WILL) and TJ Edwards in the middle is as solid as it's been in nearly two decades.

Pro-Bowler Darius "Big Play" Slay has new company in former Pro-Bowl corner James Bradberry in the CB2 position. This locks down a gap left by Steven Nelson. After a great training camp and preseason, Marcus Epps is poised to make a splash in his first full season as the Eagles starting SS. Most notably here, the Eagles acquired CJ Gardner-Johnson from the Saints in his final year on his rookie contract. He looks to fill a void that hasn't been filled since Malcolm Jenkins left after the 2019 season.

Bake & Enjoy: How Far Will the Birds Fly This Season? 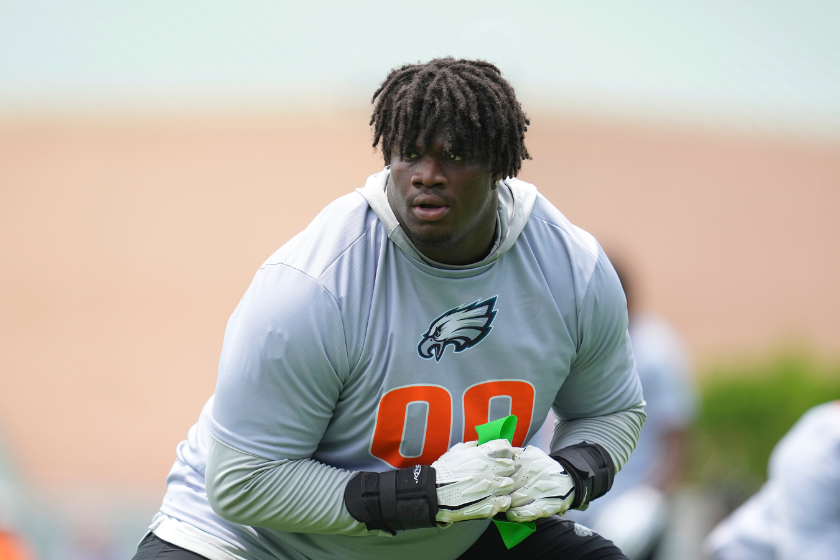 This Eagles team is even more solid than the squad that ran the table in 2017. The sky's the limit for the Birds as they had the best offseason in the league and are coming off of a surprising 2021 campaign. An NFC Championship appearance is not a haughty prediction for this team. Unpredictable injuries aside, if Sirianni doesn't try to get too fancy with some of his play calling and Gannon gets aggressive with his front seven, this team has the veteran leadership, skill and aptitude to have another parade down Broad Street. 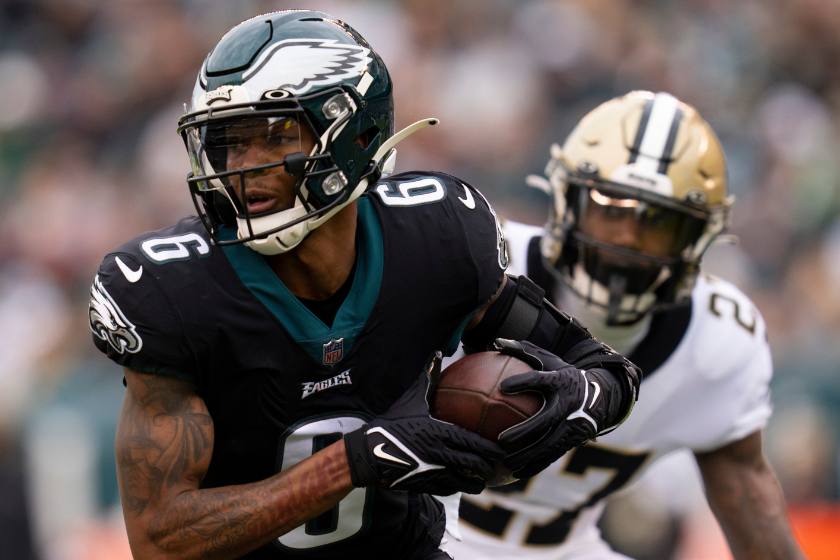 (Players that make the most sense with the pizza toppings)