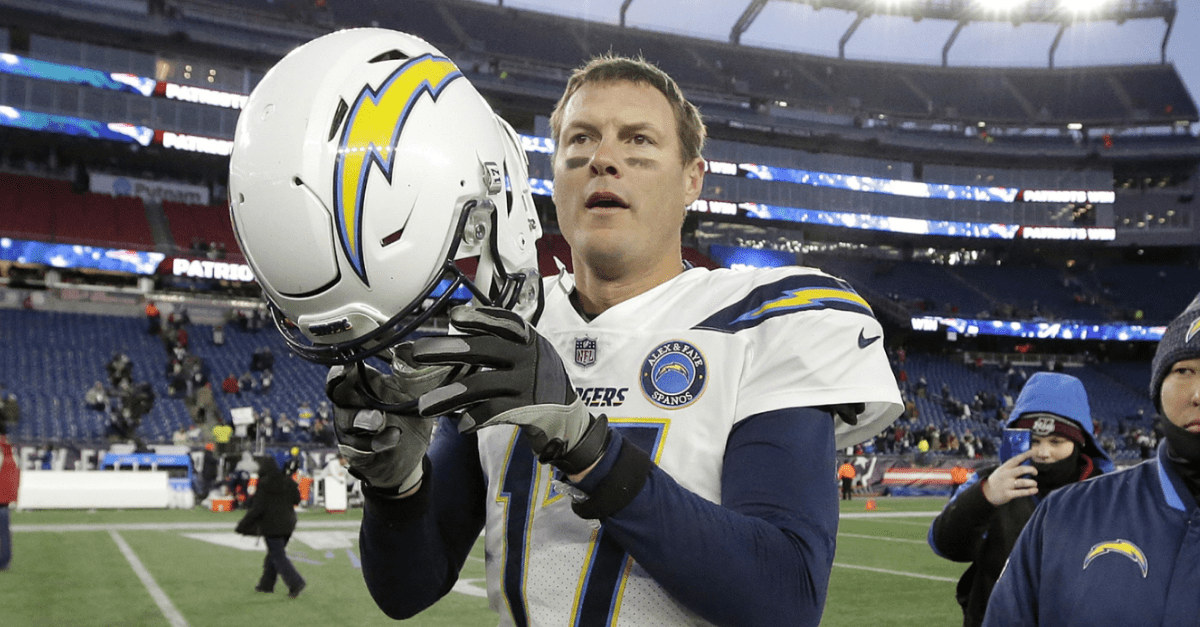 When you think of Los Angeles Chargers quarterback Philip Rivers, what the first thing that comes to mind? Is it his strong arm that?s made him one of the most prolific passers in NFL history? What about his eight Pro Bowl selections? How about his always fiery competitive nature? All of those are definite possibilities, but all of that might change once you hear this.

Rivers is 37 years old. That means he is far removed from his prime, but also just old enough to still know how to perform at a high level without breaking down. He even threw for over 4,300 passing yards with 32 touchdowns and just 12 interceptions to help lead the Chargers to the playoffs in 2018. But when his NFL days are finally over, Rivers could build his own football team with his massive family.

Lost? Don?t be. Rivers and his wife, Tiffany Rivers, just welcomed their ninth child (!!!) into the world last week. Anna Rivers is here!

Maybe it?s just me, but the Chargers announcing the birth of their star quarterback?s ninth kid on Twitter and using the Lion King scene when Rafiki holds up Simba with Elton John?s Circle of Life playing is downright hysterical.

Shamelessly, this has already been watched on loop a few times and it gets funnier each time.

A pair of high school sweethearts from Athens, Alabama, Philip and Tiffany Rivers now have more children than the von Trapp family from the Sound of Music. All of them are 16 years old and younger, too.

With the birth of Philip Rivers' ninth child, here's one of my favorite stories I've ever written.

A Family Affair: A Look at Philip Rivers Through the Eyes of his Children

Luckily, Rivers, a future Hall of Fame quarterback, makes enough money to support them all.

The No. 4 overall pick by the San Diego Chargers in the 2004 NFL Draft, the former NC State Wolfpack signal caller signed a four-year, $83 million contract back in 2015, which had $65 million guaranteed. The Rivers family is set for life in California.

And until everyone is old enough to play football, the Chargers better make sure there?s a big enough suite for the family to fit into Dignity Health Sports Park in 2019 and build an extra one for AFC West games when LA Stadium at Hollywood Park is open in 2020.