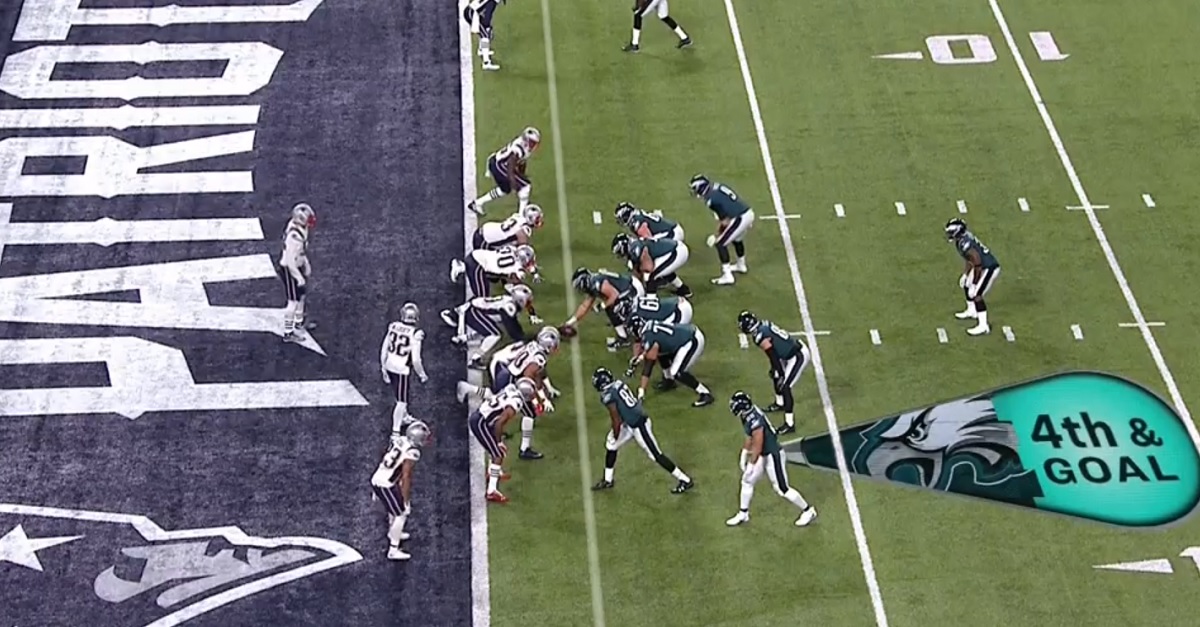 The Philadelphia Eagles’ “Philly Special” touchdown will go down as one of the most memorable trick plays in Super Bowl history.

However, it shouldn’t have counted due to an illegal formation, according to the NFL’s former VP of officiating and current FOX Sports analyst Mike Pereira.

?I know the league came out and said that it?s a judgment call, which it is.? Pereira said, via Clark Judge of Talk of Fame Sports Network. ?The down judge, who was the one that (the play) was on his side of the field ? they felt that it was his judgment, and he (receiver Alshon Jeffrey) was close enough. Well, he wasn?t. They lined up wrong.

?Not only that, it?s a trick play. And if you?re going to run a trick-type play, then you have to be lined up properly. You could either have six men on the line, or you could have an ineligible number lined up at the end of the line, which was the case. I know what the league has said, but they would have been a lot more comfortable if they would have called an illegal formation.

?We always use a yard (within the line of scrimmage), maybe a yard-and-a-half. But that?s two. And even a little bit beyond two. It?s kind of one of those that has no effect on the play. I get it. But they didn?t line up properly. And it really should?ve been called.?

Former Patriots linebacker and current NESN insider Matt Chatham also initially pointed out that the play should have been ruled dead due to an illegal formation during the game earlier this month.

Chatham’s NESN colleague, Zack Cox, took his side by pointing out that the Eagles had six players on the line of scrimmage, rather than the mandated seven via Twitter.

My NESN colleague @chatham58 pointed out that the Eagles only had six players on the line on Foles' TD catch. He's right. pic.twitter.com/TRfB2teuMJ

Obviously, the play changed the course of the game as the Eagles converted on 4th and Goal with a six-yard touchdown pass by Trey Burton to quarterback Nick Foles, which extended their lead to 22-12 just before halftime.

While the game itself could have played out differently, the missed call ultimately decided turned out to be a close game for the remaining two quarters as Philadelphia held on to win 41-33 and capture its first Super Bowl victory in franchise history.