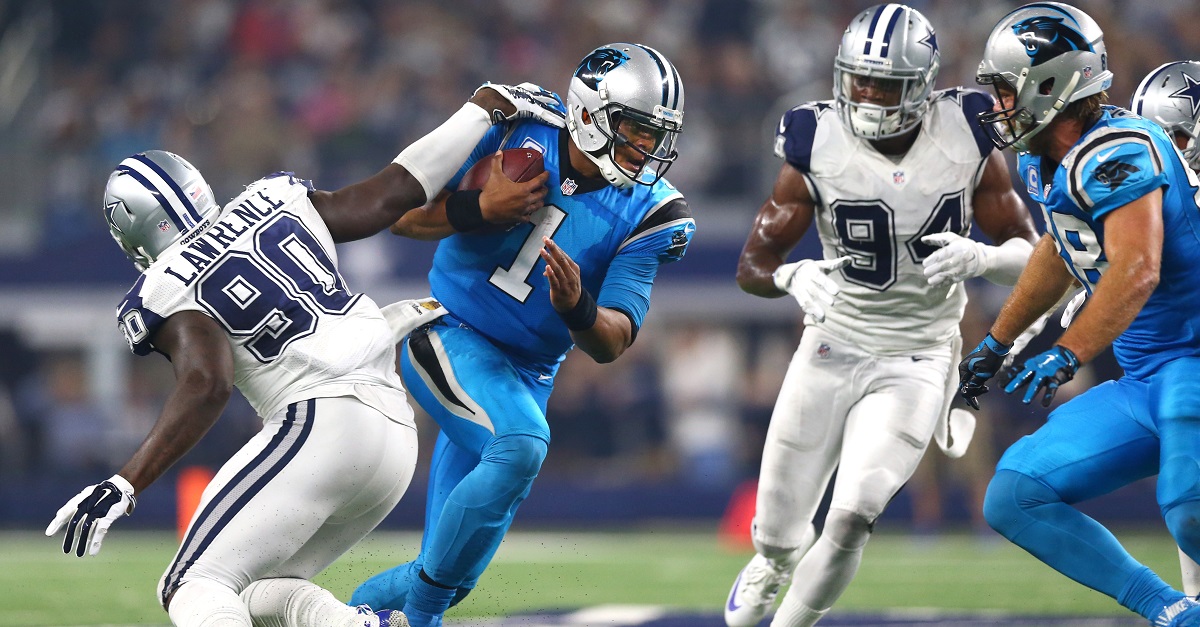 Ronald Martinez/Getty Images
ARLINGTON, TX - NOVEMBER 26: Cam Newton #1 of the Carolina Panthers runs against Demarcus Lawrence #90 of the Dallas Cowboys in the second half as Randy Gregory #94 of the Cowboys and Greg Olsen #88 of the Panthers look on at AT&T Stadium on November 26, 2015 in Arlington, Texas. (Photo by Ronald Martinez/Getty Images)

Former Dallas Cowboys second-round pick Randy Gregory missed the entire 2017 and most of the 2016 season after being banned from the league for failing multiple drug tests.

Gregory, 25, is looking to make a comeback, and he is planning to apply for reinstatement according to Cowboys Wire. Cowboys executive VP Stephen Jones said the team is still unable to have contact with Gregory, but he said it would be a “big deal” if Gregory could return to the team.

Cowboys still unable to have contact w/ Randy Gregory b/c of suspension. Do Dallas factor him in as being part of team going forward? Stephen Jones: "We assume worst case…We have to move forward assuming Randy is not going to be here. If he is here, obviously it's a big deal."

Stephen on Randy Gregory: He's suspended & we're not able to have contact with him. That's difficult. At the same time we invested in Randy and wish nothing and hope for nothing but the best for Randy. He's on a journey. He's trying to get his off-the-field situations worked out.

Gregory has only recorded one sack in his career, but the former Nebraska standout does have the potential to provide a huge boost to the Dallas pass rush.

The Cowboys struggled on the defensive line last season, and adding another pass rusher with Gregory’s talent would help tremendously.

Gregory was a first round talent coming out of college, but off-the-field concerns led to him being taken with the 60th overall pick in 2015.