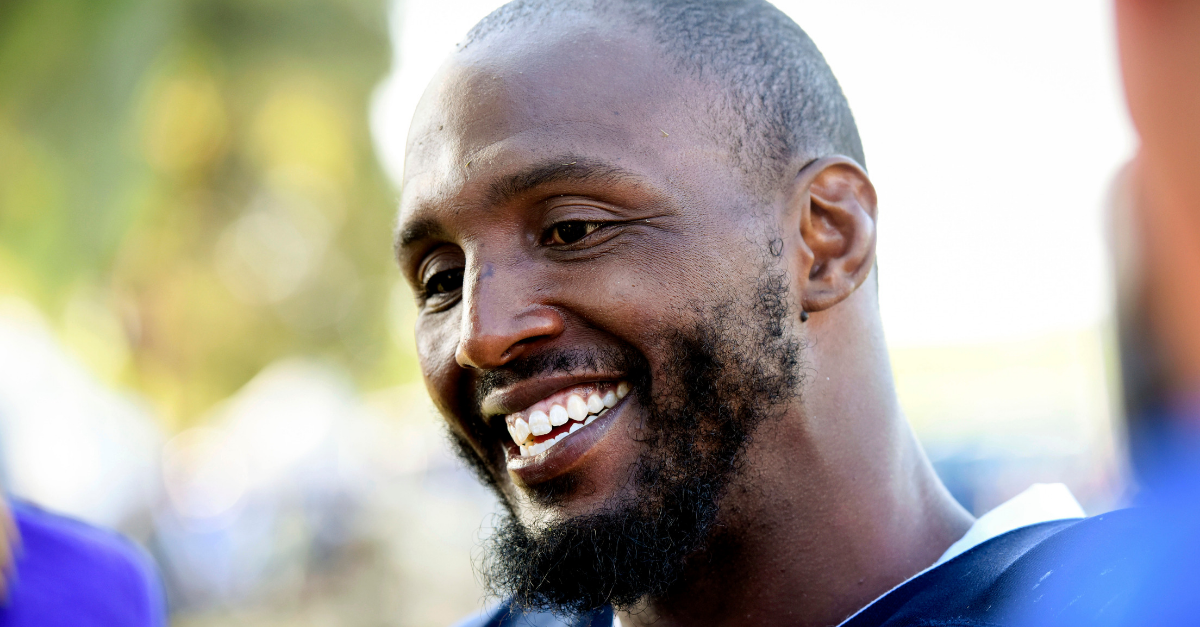 OXNARD, Calif. (AP) ? Dallas Cowboys defensive end Robert Quinn has been suspended for the first two games of the regular season for violating the NFL’s ban on performance enhancers.

Quinn was acquired in a trade with Miami in the offseason. The league said Thursday the ninth-year player is eligible to practice and play in preseason games, but he is out until the regular season after breaking his left hand in practice at training camp.

The 29-year-old Quinn will be eligible to return in Week 3 at home against the Dolphins.

Quinn’s agent, Sean Kiernan, said in a statement released on Twitter he was “extremely disappointed” in the NFL’s decision to suspend Quinn.

“I am extremely disappointed in the NFL for following through with this suspension,” Kiernan said. “In life there are real world instances where a totality of the circumstances must be analyzed. This is one such case.”

Kiernan said Quinn’s legal team wasn’t able to prove with certainty at the arbitration hearing that his medication was contaminated, but the agent strongly denied that Quinn was masking steroid use.

“He does not take supplements and took nothing else during this period that would create a positive test for probenecid,” Kiernan said. “In fact, he had no idea what probenecid was or what it was used for.”

The NFL’s policy on performance enhancers calls for a two-game ban for using masking agents.

“The player was disciplined through an agreement collectively bargained between the NFL and the NFLPA, and a neutral independent arbitrator ruled that the suspension was appropriate given the evidence,” league spokesman Brian McCarthy said.

The Cowboys are counting on Quinn to start opposite DeMarcus Lawrence. Dallas gave up a sixth-round pick in the deal with the Dolphins. Quinn was acquired in part because of the indefinite suspension for Randy Gregory, who is expected to seek reinstatement for this season.

“We support Robert Quinn. We trust Robert Quinn,” coach Jason Garrett said. “We really like everything he’s done for our team since he’s been here. His agent did come out with a long explanation of those circumstances. I don’t want to make any comment on that beyond the fact we trust Robert Quinn.”

Quinn has 69 sacks in eight seasons, including a career-high 19 with the Rams in 2013. He was the 14th overall pick by the Rams in 2011. Quinn hasn’t had a double-digit season in sacks since his third straight with at least 10½ sacks five years ago.

The 2013 All-Pro spent his first seven years with the Rams before a trade to Miami last year. The Dolphins opted for a youth movement under first-year coach Brian Flores, leading to the deal with Dallas.

It’s the sixth straight year the Cowboys will start the season with a defensive player suspended. The suspensions have involved nine different players.

“I don’t want to comment too much on that,” Garrett said. “There’s specific circumstances involved with each guy that are different from the others. Obviously it’s not something we want for our football team.”

Garrett said Quinn would rejoin the team Sunday at camp in Oxnard after a preseason game in San Francisco. He returned to Dallas for surgery after breaking his hand Tuesday. Quinn will have to leave the team in Week 1, about the time the Cowboys thought he would return.

“I don’t anticipate him being involved in team drills as he’s coming back from that injury,” Garrett said, referring to camp practices. “But he’ll be working on the side and working his way back into it. He has to continue to prepare to play.”