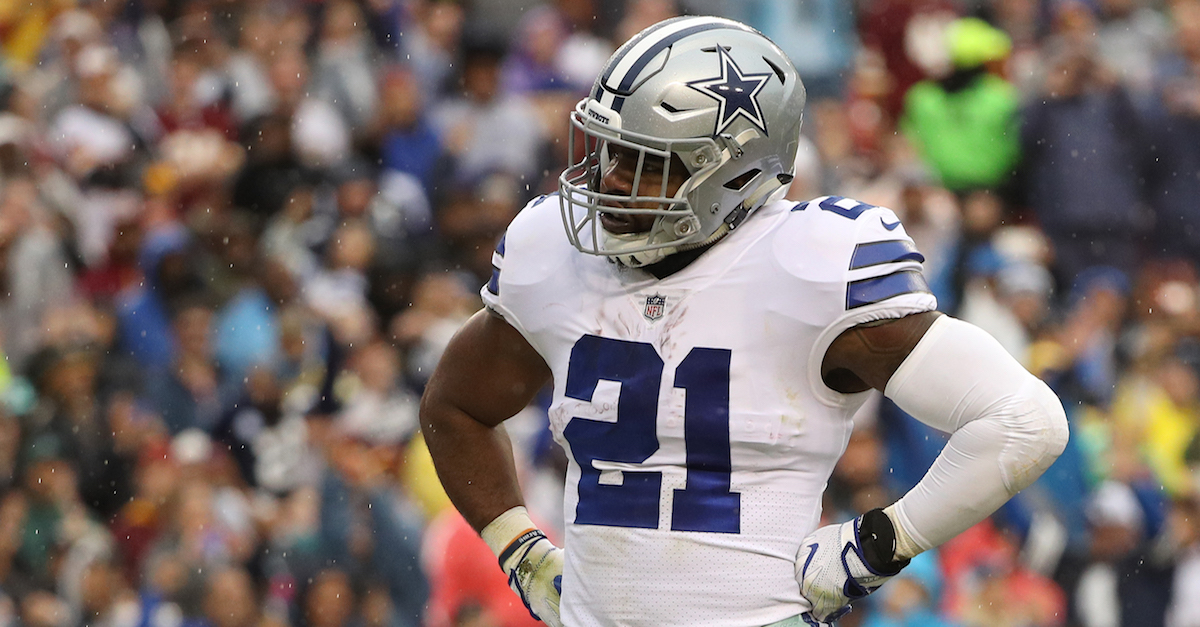 ESPN’s Josina Anderson has reported that Dallas Cowboys running back Ezekiel Elliott is planning to holdout the entire 2019 season if he doesn’t get a new contract. Owner Jerry Jones previously stated “you don’t have to have a rushing champion to win a Super Bowl,” and while people called him out because Dallas had Emmitt Smith during its three titles in the 1990s, he couldn’t be more right.

Terrell Davis (1998) was the last running back to be named Super Bowl MVP. Even more importantly, only two times in the last 20 years has the Super Bowl champion featured a running back that finished top-5 in rushing yards during the regular season (Corey Dillon in 2004 and Marshall Faulk in 1999). Ezekiel Elliott is an incredible player, but he’s not going to be the key to Dallas winning the big game in today’s NFL.

Per @JosinaAnderson … Zeke is not going to play in 2019 without a new contract. pic.twitter.com/HJk6D6M4lV

To be clear, I don’t think quarterback Dak Prescott is the answer at all. The decision to pay Prescott top-tier money ? it’s believed he’ll earn more than $30 million a year ? is being made by Jerry and his son, Stephen Jones, who is the Executive Vice President, CEO and Director of Player Personnel for the Cowboys. They’ve made it clear the team’s priority is signing Prescott first, then wide receiver Amari Cooper before getting on with Elliott’s new deal.

This song and dance cripples a franchise. The Le’Veon Bell distraction bogged down the Pittsburgh Steelers all season long, and ultimately, a really good team missed the playoffs in 2018. But running backs, like the Los Angeles Chargers’ Melvin Gordon, are getting smarter. They’re opting to hold out of training camp and the regular season, bet on themselves, and wait for a team that will sign them for top-dollar, guaranteed money.

Truth is, the Dallas Cowboys can’t afford Zeke. He wants to be the NFL’s highest-paid running back just like he’s earned, but Jerry Jones knows his team needs to be well-rounded before it overpays for a running back. During preseason games, it seems like Tony Pollard is the heir apparent, which doesn’t exactly make Dallas a scary contender.

It’s time for the Cowboys to start fresh and trade Ezekiel Elliott ? the No. 4 overall pick in the 2016 NFL Draft ? for a king’s ransom. There are three teams that should be very interested in the 24-year-old superstar.

A pair of 1st round picks battling in the trenches. #49ersCamp pic.twitter.com/bAPoFVkjoP

No matter what he’s done in short stretches, the jury is still out on Jimmy Garoppolo in my mind. When he gives us a full season to watch him play, then we’ll know more about what kind of franchise quarterback he’s going to be. But in the meantime, he needs help.

At wide receiver, head coach Kyle Shanahan is hoping to find production between Dante Pettis and rookie Deebo Samuel, as well as speedster Marquise Goodwin. Jerick McKinnon is coming off a torn ACL in 2018, and his four-year, $30 million contract extension feels heavy for a player whose never had 1,000 yards from scrimmage in four NFL seasons. Despite a running back by committee that includes Tevin Coleman and Matt Breida, there’s an elite playmaker missing in this offense.

The NFC West is one of the NFL’s toughest divisions. Competing with the Seattle Seahawks, Los Angeles Rams and new-look Arizona Cardinals means ball control is a major key. Add Ezekiel Elliott to this division and it’ll be can’t-miss football every game.

Despite losing the Le’Veon Bell sweepstakes this offseason, the Colts are still in the market for someone to take the load off of the often-injured Andrew Luck. Elliott added into this offense would have coach Frank Reich licking his chops, and more importantly, the Colts have the salary cap space to actually make it happen.

In return, Dallas could be in the market for draft picks or even two tight ends in the final years of their deals ? Eric Ebron and Jack Doyle ? both of whom offer unique skill sets and fill a long-term need for the Cowboys.

As a consolation prize, Elliott was born just four hours away in Alton, Illinois. He’s had some legal troubles recently, and there’s a chance getting him back into a familiar part of the country will help focus him more on his football career and less on outside distractions.

Houston needs another weapon to rely on that’s not named DeAndre Hopkins. Quarterback Deshaun Watson is still two years away from getting paid, pending the Texans exercise the fifth-year option on his contract for the 2020 season, which they more than likely will. Bill O’Brien’s running back depth is hardly exciting, with D’Onta Foreman being released and starter Lamar Miller (also in the final year of his contract) being the only name worth mentioning.

Cornerback Bradley Roby signed a one-year “prove it” contract with Houston this offseason, but the former first-round pick wants a long-term deal. Dallas has four cornerbacks with expiring contracts over the next two seasons, so Roby seems like a logical sign-and-trade piece.

The other potential trade chip here sounds unconventional, but then again, Jerry Jones loves to make a splash.

Jadeveon Clowney received the unsatisfying franchise tag from the Houston Texans for 2019 after both sides failed to agree on a long-term extension. The No. 1 overall pick in the 2014 NFL Draft is a natural 4-3 pass rusher, and pairing him opposite defensive end DeMarcus Lawrence would be absolute nightmare for teams to try and defend.

An Elliott-Clowney swap, plus some icing on the cake for both sides, would be a trade talked about in NFL lore forever.