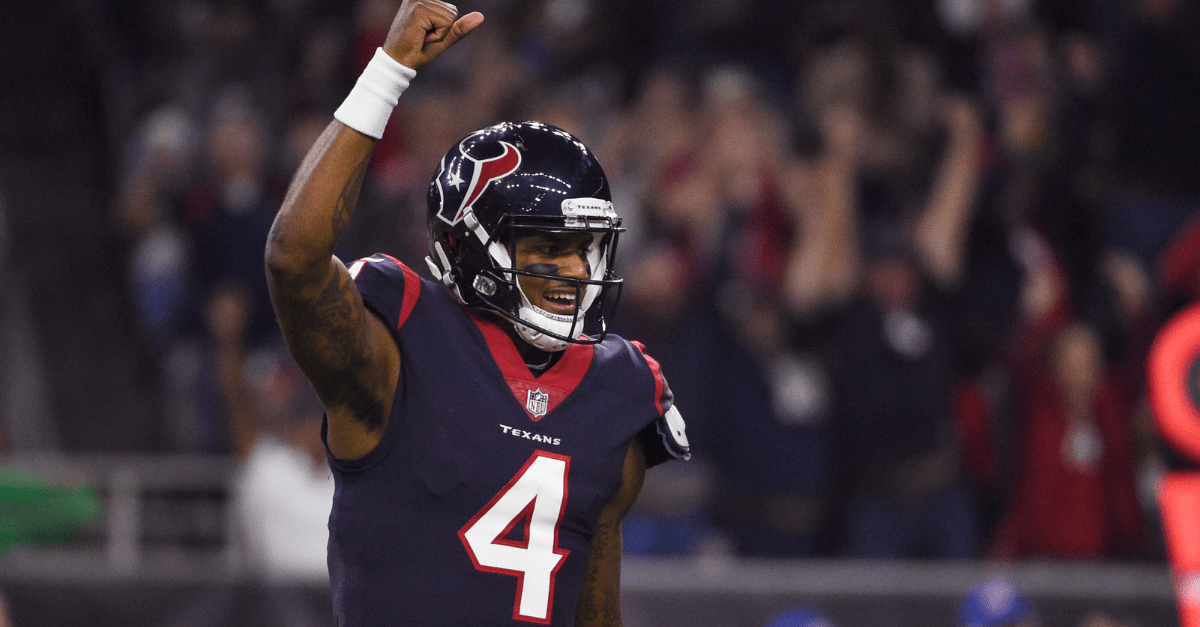 When people talk about the best teams in the NFL as we turn the calendar to December, a few teams immediately come to mind. The New Orleans Saints led by Hall of Fame quarterback Drew Brees, the Kansas City Chiefs powered by MVP candidate Patrick Mahomes, and the sleeping giant New England Patriots led by the NFL’s G.O.A.T., quarterback Tom Brady.

Still, with a lot of football left to play, one team in the league is the most under-appreciated of them all, and they’re slowly building momentum with each passing week. With a relatively easy schedule the rest of the way, it’s time to believe in the Houston Texans, and it’s time for the rest of the NFL to be afraid of this legitimate Super Bowl contender.

5. The Hottest Team in the NFL

The #Texans are the first team in NFL history to win eight in a row after starting 0-3.

The Texans became the only team in NFL history to win eight-straight games after starting 0-3 after they doubled up their AFC South rival, the Tennessee Titans by the final score of 34-17 on Monday Night Football. During this win streak, they’ve beaten the Indianapolis Colts, who many consider a dangerous playoff team, the Dallas Cowboys, who currently lead the NFC East, and the Denver Broncos on the road in Mile High, which is one of the toughest road games in the league.

There are a lot of factors as to why this team is peaking at the right time, and with three of their last five games at home, including games against the Browns, Jets, Eagles and Jaguars — all teams with losing records — the Texans could very well find themselves with a first-round bye in the AFC playoffs.

The highest graded players on the Texans defense in their win over the Titans. pic.twitter.com/vlFHforQAk

Allowing only 20.2 points per game through their first 11 games (5th in the NFL), this Texans defense is taking shape as one of the elite units in the league once again. They’re sound on all three levels of this unit, but they’re led by two of the best defenders in the entire league.

Defensive end J.J. Watt has more tackles for a loss (13) than Calais Campbell, more forced fumbles (5) than Aaron Donald, and more sacks (11.5) than Von Miller. Just when you thought the man who missed 16 games in the last two seasons was done, he’s once again one of the most dominant players in the NFL. Not to be outdone, former No. 1 overall pick Jadeveon Clowney is having a career year with 12.0 tackles for a loss and 7.0 sacks playing alongside Watt.

That pairing, along with a secondary loaded with talent like cornerback Kareem Jackson and safety Tyrann Mathieu, makes this defense a unit that can compete with any offense on any given day.

He was considered too small in college playing for the Clemson Tigers, but he knocked off Alabama and earned MVP honors in the 2016 National Championship game. As a rookie, he threw 19 touchdowns in seven games before a freak injury during practice ended his season. All Watson has done is win, and Houston is now his team.

Watson leads the NFL this season with four comebacks and four game-winning drives. With weapons like DeAndre Hopkins, Demaryius Thomas, Keke Coutee and top-10 rusher Lamar Miller at his disposal, Watson’s offense has all the tools to control the tempo of the game with fourth-best rushing offense in the NFL that compliments an elite defense beautifully.

At the end of a game, Watson is becoming must-see TV with the football in his hands.

2. Playing With a Purpose

In 1999, Bob McNair paid $700 million for an expansion franchise that would replace the Houston Oilers. They became the Houston Texans, and the team’s beloved owner passed away at age 81 last Friday after battling multiple types of cancer in recent years.

McNair was honored during the Texans home game against Tennessee, but the rest of this season is going to have something special tacked onto it. This team is trying to fulfill the legacy that McNair started, and the entire city of Houston is going to rally around them as this run continues.

The secret sauce of this entire recipe is Bill O’Brien. In his fifth season, O’Brien is on track to win his third AFC South division title, his fourth year of at least nine wins, and the franchise’s best regular season finish in their 17-year history. O’Brien is hard-nosed, no-nonsense, and he’s built a legit football team in Houston.

Want to beat the Chiefs? Get after Patrick Mahomes with your defense. Want to hang with Pittsburgh? Control the ball and dominate on the ground. Know how to beat New England? Maybe Bill Belichick’s former offensive prodigy knows how to do it.

Top to bottom, this team is built to make a run in the AFC and reach, not only the franchise’s first-ever AFC Championship game, but a long-awaited Super Bowl appearance when February rolls around.