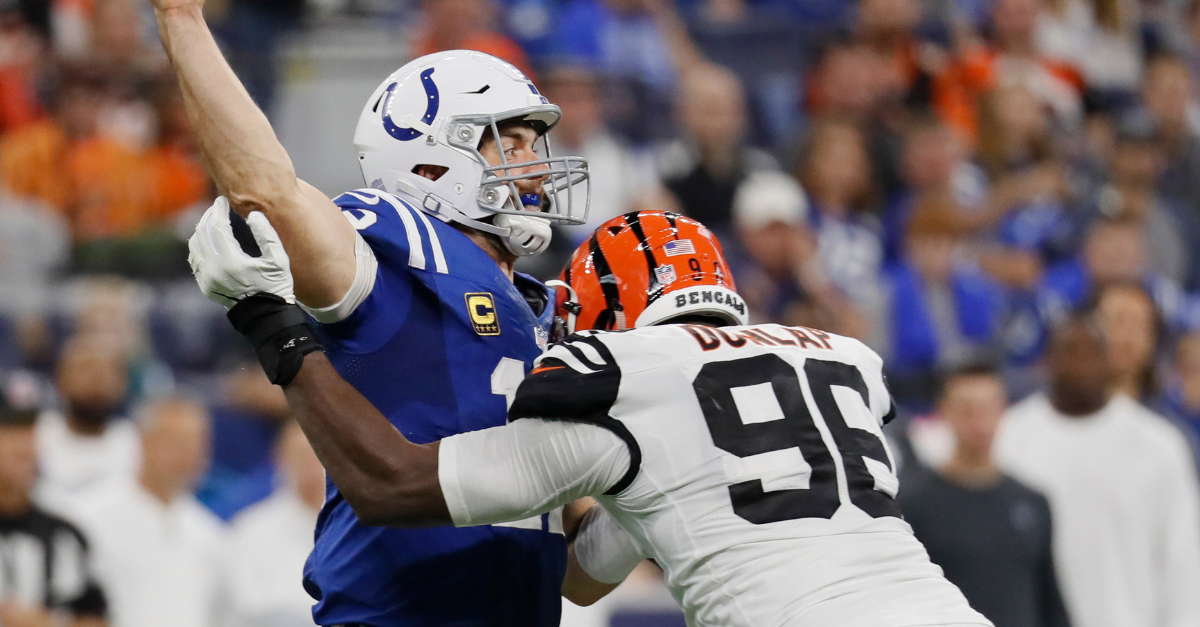 There have been numerous rule changes added to the National Football League in recent years to aid in player safety. With concussion settlements and CTE-related deaths plaguing former players, the game’s top league is doing everything they can to preserve football for the future.

It’s too bad they’re taking such drastic measures because they’re effectively ruining football as we know it. Offenses can practically operate with impunity while defenders are playing while simultaneously looking over their shoulder for a flag. Now, the horrible new roughing the passer violation is already making waves, and we’re only through one NFL weekend.

Section 2 of the NFL Rulebook lists personal foul penalties. Roughing the Passer penalties were amended in the offseason to include the new “body weight” rule that says:

“When tackling a passer who is in a defenseless posture (e.g., during or just after throwing a pass), a defensive player must not unnecessarily or violently throw him down or land on top of him with all or most of the defender?s weight.”

To translate, that means: you cannot tackle an NFL quarterback and land on top of him.

Even if a defender is within the one-step limitation for hitting a quarterback, he cannot forcefully wrestle him to the ground and land on top of the passer with his full body weight. And yes, that is exactly what it sounds like when you tackle somebody.

On a few occasions this past Sunday, fans were treated to seeing the new rule in action. On these three plays, quarterbacks were tackled, legally, but defenders landed on the quarterback, illegally.

They’re terrible, and you have to see them to understand the absurdity of the rule.

Roughing the passer call on Myles Garrett. Landed on Roethlisberger with his body weight. A fourth down stop turned into a touchdown the very next play. pic.twitter.com/fHGgRYTWSP

This was called roughing the passer. Carlos Dunlap was just flagged for this play. Yes, the referee threw a flag. pic.twitter.com/SSNLi7guDZ

This rule is ruining football as we know it. Last time I checked, when you tackle a person to the ground, there’s a very high chance you’re going to land on him. The rule change is meant to protect quarterbacks, but where does that stance end? What’s going to happen when a defensive back lands his full weight on a receiver he’s tackling. Is that going to be a penalty, too?

The game is getting progressively safer, which is in turn ruining the game itself. Football is a violent game, and it doesn’t take a rocket scientist or NFL rules expert to understand that fact. These rules are taking away the physicality of the game in an attempt to make it safer and bring fans back to the game.

Sorry NFL fans, you’re just going to have to get used to this being a major factor for the rest of the NFL season.