Denver Broncos quarterback Russell Wilson is one of the good guys in the NFL. He also happens to be one of the best and highest-paid players in the league. But if the saying is true, that behind every great man is a great woman, then his wife must be pretty special. That's absolutely the case, too.

Wilson and his wife, singer Ciara, have a relationship straight out of a movie. They are a power couple worth millions of dollars and always give back to the community. They seemingly do everything together, side by side, and that includes taking worldly vacations.

An offseason trip to Italy in July 2021 reminded us the of the couple's starpower, where they rode through the canals of Venice and recreated a Prince Diana and Price Charles photo for all their social media followers.

You Always Make Me Feel Like A Princess @DangeRussWilson#5YearAnniversayTrip #Italy pic.twitter.com/a1RZZA77pf

The trip celebrating their 5th anniversary was much needed after a year of taking care of newborn son Win Harrison Wilson. Win is the couple's third child overall and second child together. He was born in July 2020, right in the thick of the coronavirus pandemic. The Wilsons will have another happy birthday to celebrate every summer.

After the two got married in 2016, they had their first child, daughter Sienna Princess Wilson in April 2017. Ciara also has a young son, 8-year-old Future Zahir Wilburn, with former fiancé and rapper Future. 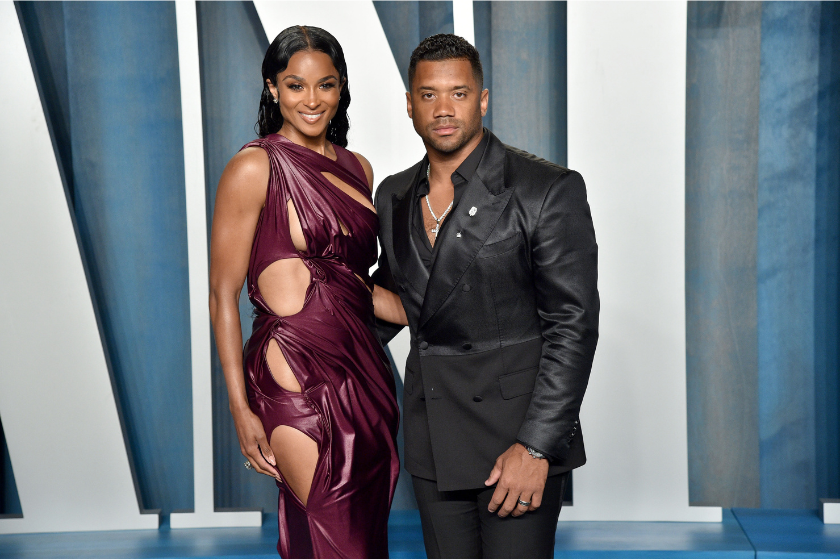 Before getting married to her NFL star husband, Ciara Princess Harris launched a very accomplished career in the music and film industry. Her first album "Goodies" went certified triple platinum. She released eight Billboard Hot 100 top-ten singles and sold over 20 million records across the globe.

In all, Ciara, who went to high school in Georgia, has released seven albums, including "Beauty Marks" in 2019, and appeared in three movies.

After breaking off an engagement with rapper Future, Ciara got together with NFL player Russell Wilson. The couple was seen together at a White House State Dinner in 2015, got engaged at the Seychelles and married the following year.

The former Seattle Seahawks QB had a previous relationship and marriage with first wife Ashton Meem but did not have children. Wilson met Meem in high school in Richmond, Virginia. They divorced after two years of marriage, many years of long-distance dating and reported rumors of Meem having an affair with Wilson's teammate Golden Tate, which were shot down.

Three months after their wedding at Peckforton Castle in Cheshire, England, a gorgeous event that included famous bridesmaids Serena Williams and Kelly Rowland, Ciara announced she was pregnant with the couple's first child.

"On this special Birthday I received an abundance of love from friends and family.. and I'm excited to Finally share one of the Greatest Gifts of All that God could give," she wrote on Instagram.

It's been an inspiring relationship ever since. Wilson, a Super Bowl champion who played college football at North Carolina State and Wisconsin, has totally embraced Ciara's son and supports her every move. The feelings are certainly mutual, too.

The two combined also have an incredible bank account. 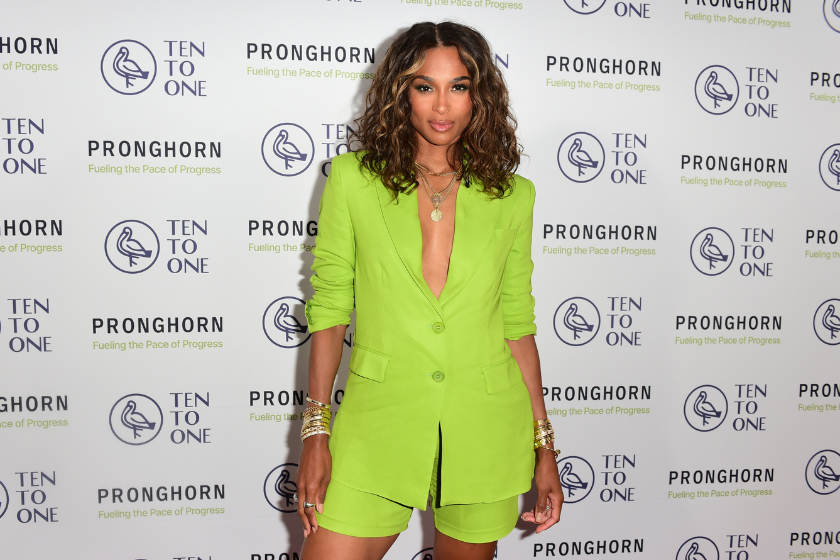 In her music career alone, which includes a Grammy Award, the 36-year-old Ciara has certainly made her fair share of money. She has an estimated net worth of $20 million, according to Celebrity Net Worth. Add that to her 33-year-old husband's net worth and, well, it's a lot.

In 2019, Wilson, a third-round pick in the 2012 NFL Draft, signed a four-year, $140 million contract extension, including a $65 million signing bonus to keep him in Seattle. Since moving to Colorado, he inked a five-year, $245 million deal with the Broncos before even playing a snap, too.

Wilson's net worth is estimated at $165 million.

Whether it's a Monday Night Football game against the Minnesota Vikings, a playoff game against the Los Angeles Rams, or an album release, they are always supporting each other while raising a family of future stars.