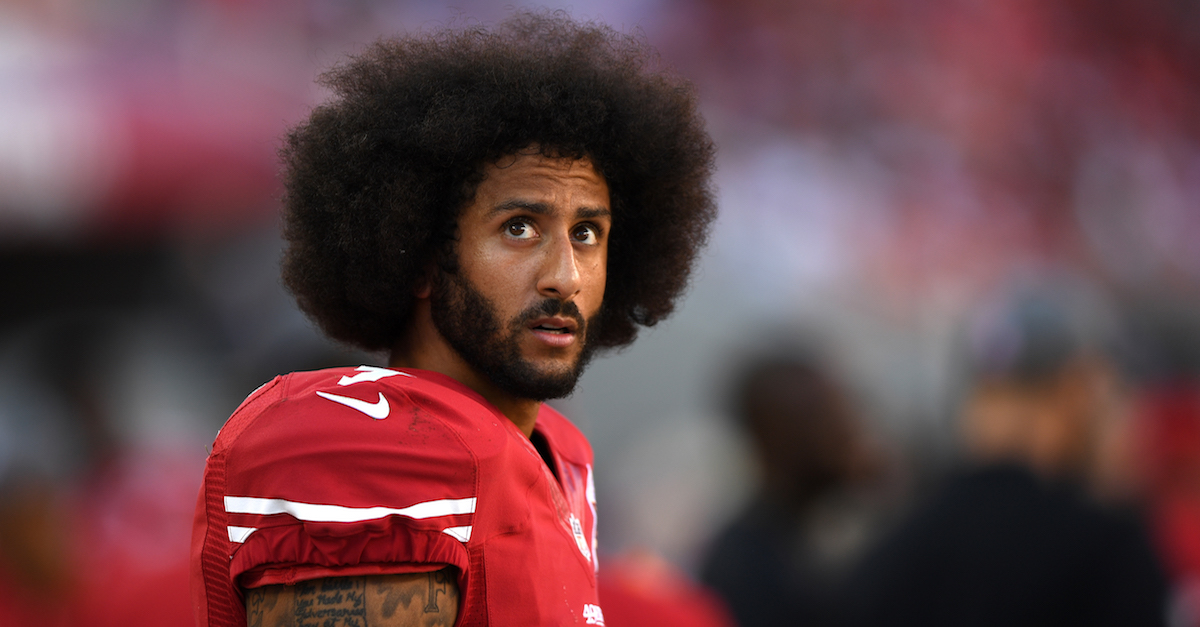 Sage Rosenfels may not have ever been a star in the NFL — and in fact, he was never really even close — but he at least knows plenty about life in the league.

Rosenfels was drafted in the fourth round of the 2001 NFL Draft by the Washington Redskins. He went on to play for the Miami Dolphins, Houston Texans, Minnesota Vikings and New York Giants over the span of an 11-year NFL career.

He certainly wasn’t the best, but he earned his stripes in the league and was a valuable journeyman. He at the very least understands the dynamic of league play and the dynamic of a quarterback room, which is likely why he spoke out recently when a fan on Twitter suggested that the Vikings take a shot on NFL free agent Colin Kaepernick.

Rosenfels felt that would be a mistake by Minnesota, but perhaps surprisingly, it had nothing to do with Kaepernick’s social and political stance.

No. Here's why.
Bradford will be back soon.
I like Case Keenum as a number 2.
Teddy may be healthy in a month.
QBs need an offseason w team. https://t.co/A2cGjQPDo1

With Sam Bradford banged up and Teddy Bridgewater still looking to make his return from a brutal injury a year ago, the Vikings head into this weekend’s clash against the Tampa Bay Buccaneers with Case Keenum as the starter.

While Bradford and certainly Bridgewater would certainly be preferable options for the Vikings, Rosenfels does have a point. Keenum, who was a star for the Houston Cougars as a college quarterback, may not be the best quarterback in the NFL, but he can be serviceable for a game or two.

Realistically, the Vikings will rely on the run game as well as a stingy defense anyhow, so why not roll with Keenum until either Bradford or Bridgewater are healthy?

Would it be worth bringing in Kaepernick off the free agency scrap heap and hoping he could pick everything up in a matter of days? Considering the likely fan backlash to that move, the answer to that question is probably not.