After putting his foot in his mouth on Twitter during the horrific event on Monday Night Football involving Buffalo Bills safety Damar Hamlin, Skip Bayless doubled down on his lack of empathy. However, while his fumbled apology on Tuesday's show was delivered to the empty chair normally occupied by co-host Shannon Sharpe, Wednesday morning's show began a little differently. As the program began, Bayless' Undisputed co-host was in that seat. And much to the joy of everyone watching, Sharpe was more than ready to discuss Bayless' Hamlin tweet.

Shannon Sharpe is back on ?Undisputed? today and he immediately got into it with Skip Bayless during his opening monologue in regards to Skip?s tweet about Damar Hamlin pic.twitter.com/FnnwJU2qs2

Bayless spent the previous days's show by himself, after Sharpe didn't show up to the studio. The reason for Sharpe's absence remains unclear, but most sports fans assumed it was due to his co-host's controversial tweet the night before. While Hamlin lay on the field, unable to breathe on his own, with 10 trainers from both teams working on him, Skip was fuming about how the game's suspension would affect the NFL playoff picture. "This late in the season, a game of this magnitude is crucial to the regular-season outcome. It only took two days for Skip Bayless to win the award for "worst tweet of the year."

As Hamlin remained in critical condition, Sharpe began his opening monologue on the Fox Sports show by discussing his feelings as a former NFL player watching Hamlin collapse onto the field during the Bills-Bengals games before being taken to the University of Cincinnati Medical Center.

"We know injuries are a part of the game," Sharpe said at the top of the show, going on to mention the injuries he's seen in his career including his ACL tears and his brother's temporary paralysis. But the former NFL tight end made sure to note that he had never seen another player suffer cardiac arrest.

As Sharpe appeared to shift gears, he turned his sights on his co-host. "Skip tweeted something, and although I disagree with the tweet, and hopefully Skip will take it down ... ." That's when Bayless chimed in.

"Timeout, timeout," Bayless said with his finger in the air. There has been a lot of speculation as to whether, or when, Bayless would take down the controversial tweet, but the former Dallas sportswriter left no doubt. "I'm not. I'm not gonna take it down. I stand by what I tweeted."

Sharpe attempted to get back to his opening but quickly realized his efforts were futile and opted to continue with the show. "I cannot even get through a monologue without you interrupting."

"I was under the impression you weren't going to bring this up," Bayless said. He then added a new piece of the story that has complicated things. "No one here had a problem with the tweet."

Shannon shook his head. "No. Clearly the bosses wanted you to offer an explanation."

Bayless interjected, "No, they did not." 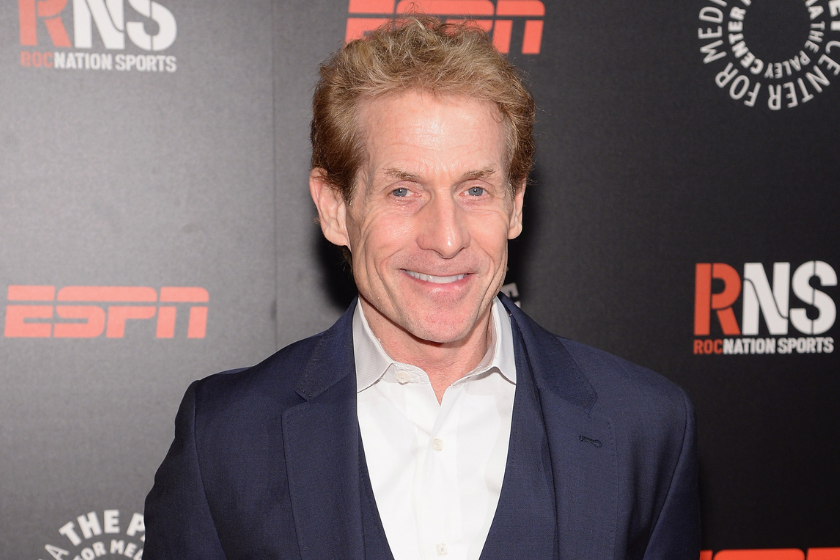 Photo by Jamie McCarthy/Getty Images for Paley Center for Media

Bayless was wrong to send out the tweet in the first place. Even if Hamlin's injury was a broken leg, he shouldn't have tweeted what he did. And much as other celebrities have learned in the past, social media continues to be a place where stars from Tom Brady to LeBron James often make mistakes. But during ESPN's broadcast of the Cincinnati Bengals game against the Buffalo Bills, Bayless decided to become a trending topic.

Perhaps Skip should worry a bit more about becoming the latest news story than he does about the impact a postponed game has on the playoffs. New year, same Skip.

MORE: How a Lacrosse Risk May Explain Why Damar Hamlin Collapsed