Skip Bayless has been in the business long enough to know better than to push send on a classless tweet following the shocking events that transpired in Cincinnati during the Bills-Bengals Monday Night Football game. Seriously. There's poking the bear and pushing the envelope, but Bayless was so incredibly in the wrong that it's takes a shocking lack of awareness to think this tweet was a good idea.

No doubt the NFL is considering postponing the rest of this game - but how? This late in the season, a game of this magnitude is crucial to the regular-season outcome ... which suddenly seems so irrelevant.

This tweet, sent while Hamlin was being transit to a local Cincinnati hospital, has to be the lowest point of Skip Bayless' career. While Hamlin lay on the field, unable to breathe on his own, with 10 trainers from both teams working on him, Skip was fuming about how the game's suspension would affect the NFL playoff picture. "This late in the season, a game of this magnitude is crucial to the regular-season outcome." Things that are also crucial in this moment in time? The Bills players worrying about their teammate, who just left the stadium in an ambulance being escorted by the police.

This is some "rub some dirt on it and get back in there" nonsense right here. This is why Tua Tagovailoa was sent back out onto the field after he had obviously sustained a concussion against the Bills. This is the exact thing we all feared we saw when he went down in Week 4, in almost the exact same spot on the field in Cincinnati as Hamlin. "Do these not understand how important this game is?" Do you not understand the gravity of the situation unfolding in front of millions of people on live TV, Skip? 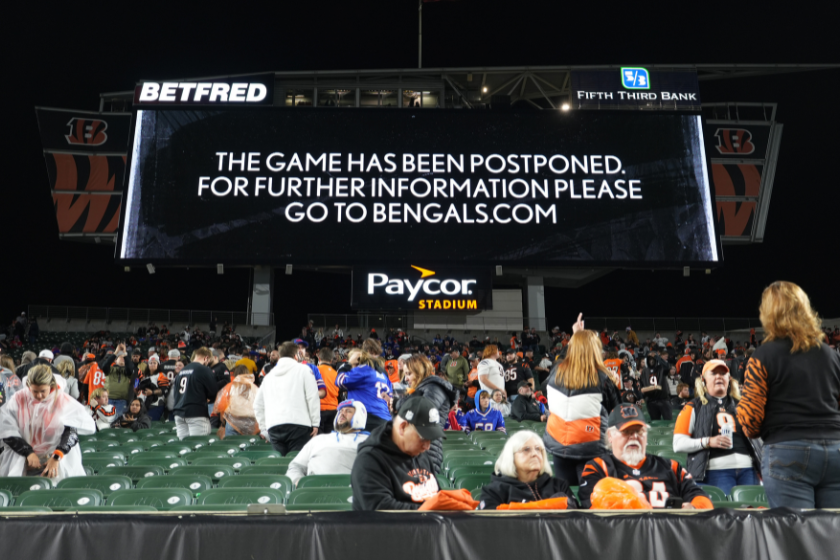 I could go on for hours about insanely dumb that tweet was and how incredibly tone-deaf it was to think about anything other than Damar Hamlin's well-being in that moment. Luckily for you, I don't have to. In fact, I can hand things over to Hamlin's fellow NFL players to let them chime in. Let's let them have the last word and then like ESPN's Ryan Clark have the mic drop moment.

all u care about is football when damar hamlin?s life is at risk. coming from u i expected more. this tweet is not. u of all people should know better bro.

The tweet represents how us pro athletes get dehumanized because of money and entertainment https://t.co/mrh0NjRgiH

I don't understand how he is still employed after this tweet honestly .. https://t.co/tlZS2Gy568

Are you seriously talking about when the football game should be postponed? Damar Hamlin?s health is ALL that matters at the moment! Nothing else!!! https://t.co/LNlbJLx1pY

For real. Ryan Clark has been amazing on-air in covering Damar Hamlin for ESPN. It?s an impossible situation for any broadcaster, let alone a former player. pic.twitter.com/OV04OgUnt9

MORE: Jack "The Assassin" Tatum Paralyzed A Player, And He Never Apologized