Snow is a part of football. Ask anyone. As the late, great George Carlin once said, "Football is played in any kind of weather: rain, snow, sleet, hail, fog, mud, can't read the numbers on the field, can't see the yard marker, can't see the players numbers, the struggle will continue."

Sometimes that snowy struggle happens off the field, like when the roof of the Metrodome, home of the Minnesota Vikings, collapsed, dumping tons of snow on the field. That full video is insane. Other times it happens in Wisconsin as the Green Bay Packers host the Dallas Cowboys, Seattle Seahawks, or any other NFC team vying for a Super Bowl title. 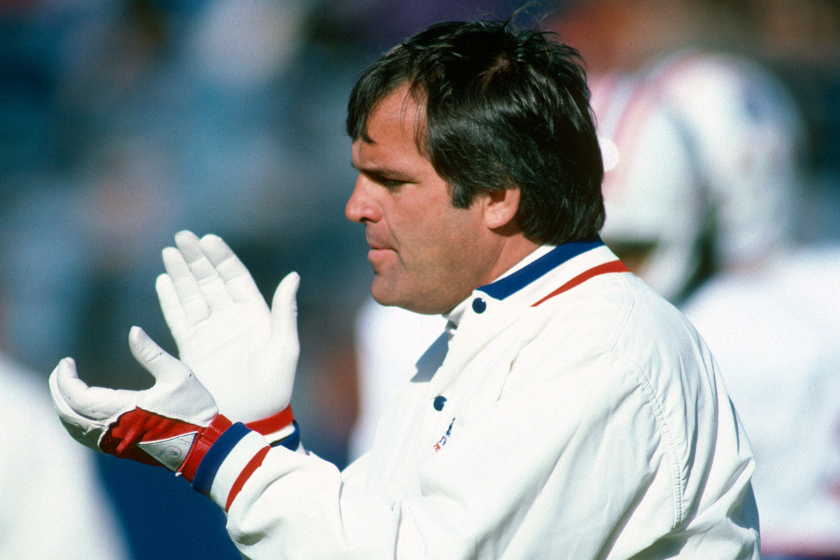 The New England Patriots have long been viewed as the cheaters of the National Football League. Most recently, the team was investigated for illegally filming the Cincinnati Bengals during the 2019 season. No one can forget Deflategate (not the Colts) or Spygate, either.

Scandals like these have put a dark mark on Tom Brady and Bill Belichick's six-Super Bowl championship dynasty in Foxborough, Massachusetts. Even Patriots owner Robert Kraft has had his fair share of bad publicity (to say the least).

But the Patriots' cheating ways date back to a game before Kraft bought the team in 1994, Belichick ever took over in New England in 2000 or Gillette Stadium opened in 2002. Tom Brady was just 5 years old at the time.

In 1982, the "Snowplow Game" kickstarted a long history of cheating in New England and changed the NFL's rules.

What Was the Snowplow Game? 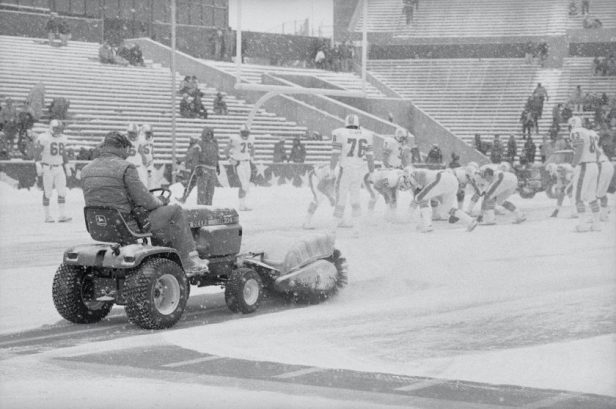 A player's strike during the 1982 season shortened the NFL regular season from 16 games to nine games. By the time the Patriots and Miami Dolphins met on Dec. 12, 1982, New England was 2-3 and desperate for a win when every game mattered even more.

The Dolphins entered the game 4-0 poised for their fourth playoff berth in the previous five years. Hall-of-Fame coach Don Shula manned the sidelines for the Dolphins at the time, while Ron Meyer led the Patriots.

Fresh off a loss to the Chicago Bears, the Patriots couldn't afford to drop another game to the first-place Dolphins. Especially in New England's own Schaefer Stadium, which later became Foxboro Stadium.

A nasty snowstorm blanketed the state of Massachusetts prior to the game. Temperatures dropped to below freezing. Rain the night before froze the AstroTurf on the field.

"I believe the day we played this game was the coldest I had ever been in my life," former Patriots offensive lineman John Hannah said in his book "Offensive Conduct: My Life On The Line." "The temperature that day chilled me to the bone, even though I'd been in Boston almost nine years by then and had somehow already survived some remarkably harsh, Northern winters with even colder days."

By the time the fourth quarter came around, the score was still 0-0. Players had trouble staying on their feet. Wide receivers could hardly catch passes. It was ugly and points were hard to come by.

Prior to the game, Shula and Meyer agreed to the use of a snowplow to clear the field lines in 10-yard increments. The "snow plow" was a John Deere tractor with a brush attachment normally used for clearing leaves.

What Happened in the Snowplow Game? 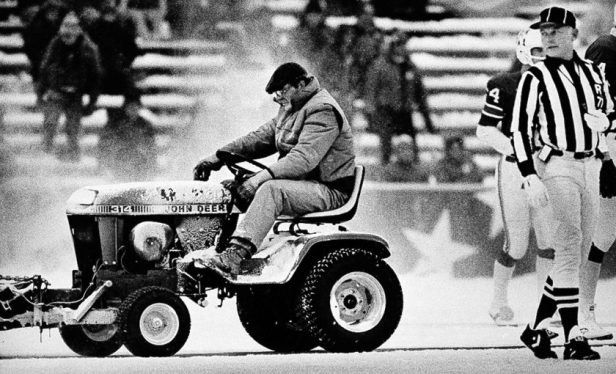 With less than five minutes to go in the game, the Patriots ran onto the snowy field to attempt a 33-yard field goal.

Just before placeholder Matt Cavanaugh and placekicker John Smith had the chance to clear some snow with their hands, snowplow driver Mark Henderson veered from the 20-yard line to the 23-yard line and cleared a clean spot for the kicker.

Henderson, a convicted burglar on work release from a nearby prison, said Meyer motioned for him to clear the snow for his kicker. The Patriots coach originally said quarterback Steve Grogan was the one who told Henderson to commit the act. He later apologized. 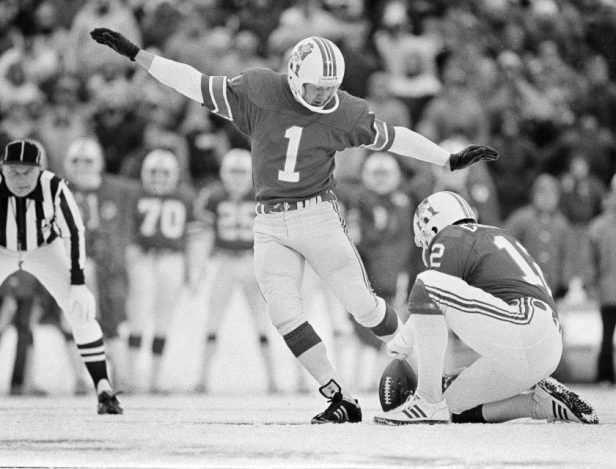 "That was nothing intentional against Don Shula or anyone else," Meyer told the South Florida Sun Sentinel. "If I thought it was illegal or immoral at the time, I never would have done it. At the time, it wasn't illegal. The rule about snow removal came after the fact.

"It was interpreted as being illegal and an unfair competitive act. Quite frankly, I didn't think about it at the time. It was spontaneous...do whatever you can to win a football game."

Smith drilled the kick and the Patriots won the game by a final score of 3-0. 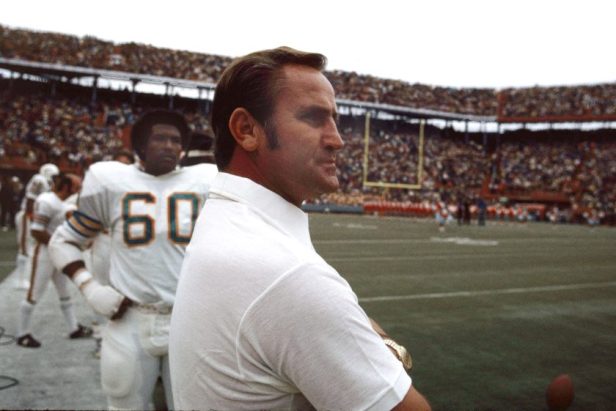 The Dolphins were livid. Shula flipped out on the sideline. Coaches threw playbooks, clipboards, helmets and anything else they could get their hands on.

The Patriots, however, argued that Henderson had actually launched snow onto a spot the special teams unit was already clearing thus making it more difficult to kick the ball.

Regardless, the Dolphins beat the Patriots in the playoffs later that season and went to the Super Bowl.

NFL Changed Rules After The Game 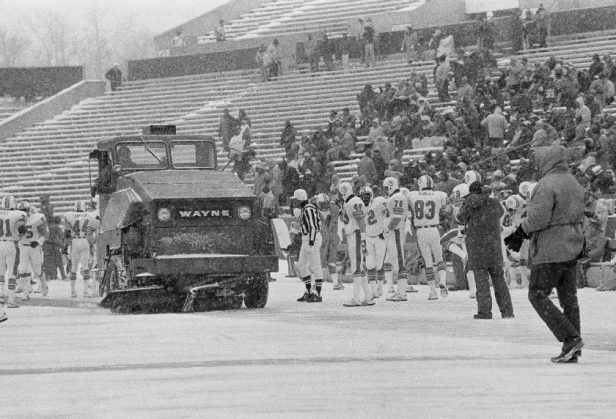 Shula argued his case to NFL commissioner Pete Rozelle. Rozelle said since no rule was already in place regarding clearing snow for a field goal that the win had to count.

The NFL adopted a rule the following season banning the use of snowplows. According to Pro Football Talk, the rule disallowing grounds crew from clearing a spot for a kick is still in place today.

"Under no circumstances will a Referee permit clearing by the grounds crew of a spot for a PAT or field goal attempt. It is permissible for players to clear such spots by hand or foot."

The Patriots Still Display the Snowplow

Henderson became a local hero in New England. The team gave the snowplow operator the game ball. Afterward, he joked about the repercussions of what he did.

"What are they gonna do, throw me in jail?" said Henderson, who was on work release from prison at the time.

Dolphins fans never forgot the Patriots' shady use of the snowplow.

Hannah said when the team traveled to Florida in the coming years, the Dolphins sold plastic snowballs to fans, who then pelted Patriots players as they ran onto the field.

The Patriots are still proud of their cheating. The snowplow, a John Deere 314, still hangs in the Patriots Hall of Fame to this day.

This article was originally published on January 18, 2022 and has been updated since.