Streaker takes it to the extreme in the coldness of Buffalo, forces game delay 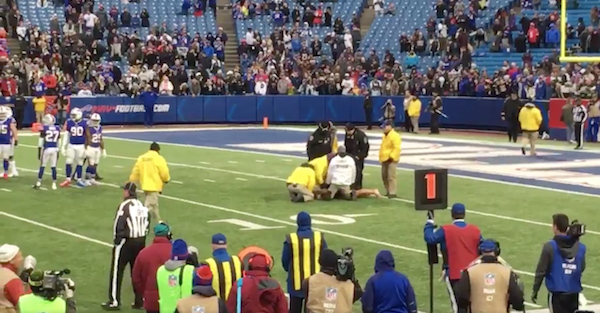 The Buffalo Bills lost 47-10 at home to the New Orleans Saints, and it wasn’t a pretty sight for Bills fans.

But there was something else that wasn’t a pretty sight during the game. A streaker decided to have his two minutes of fame during the game, and it caused a temporary delay.

We got a streaker in Buffalo!! #BillsMafia pic.twitter.com/bSpkFYrYQo

Related: Here’s what Roger Goodell was reportedly asking for in his new NFL contract

Here’s another angle where the streaker was tackled by security.

STREAKER ON THE FIELD AT THE BILLS SAINTS GAME pic.twitter.com/FJRtxJDmhh

The streaker might’ve had more yards than the Bills on Sunday.