Athletes that approach 7-feet tall usually aren't suiting up to play football. They're dominating on the basketball court, dunking with ease.

Football, however, is a sport in which bigger is usually better. We've already examined some of the heaviest players in NFL history, and trust me when I say they are some awfully hefty boys. But have you considered just who are the tallest NFL players to ever dawn an NFL jersey?

It turns out that if you look at the tallest at each position in the game's history, you'll find a whole lot of interesting players and stories behind them. For example, on this list you'll find a brother of one of baseball's greatest sluggers, a man whose nickname was "Too Tall" and a tight end whose height led to a permanent rule change in the NFL. Oh, and just the only perfect Wonderlic test score in history.

Being tall doesn't necessarily equate to dominating on the football field, but it doesn't hurt to have a few inches (or feet) on an opponent. I scoured the Internet to find the tallest of the tallest, so without further ado, here's a team full of the tallest NFL players by position. 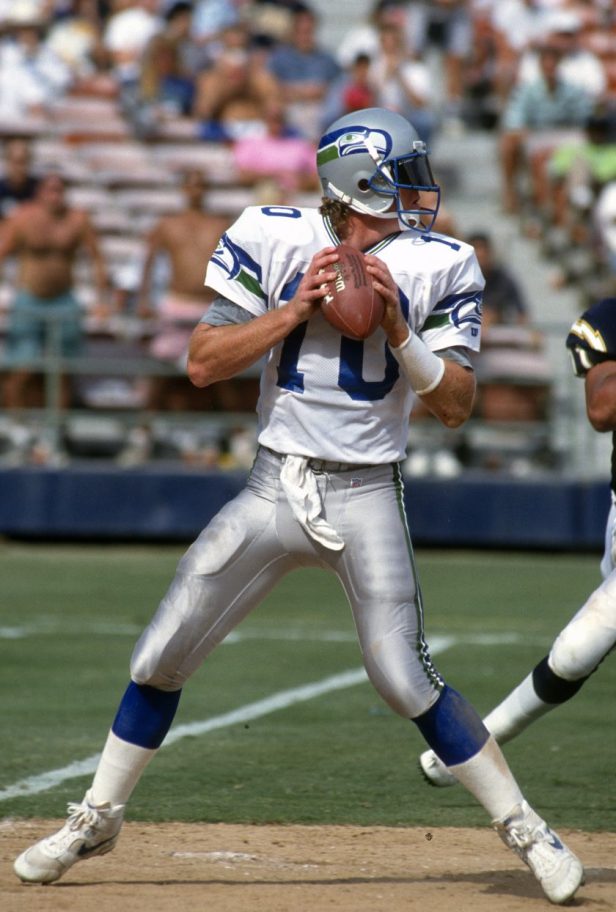 Dan played quarterback at San Diego State University in 1990 and went on to become a first-round pick by the Seattle Seahawks in 1991 ahead of some dude named Brett Favre. This McGwire brother didn't nearly see the same professional success.

He lasted just five NFL seasons, playing his final one with the Miami Dolphins, and threw two touchdowns and six interceptions over that span. The 6-foot-8 passer may have had the size to look over the offensive line, but it didn't stop him from becoming a first-round bust.

Bert Coan played runningback for the Chiefs in Super Bowl 1 and I had the opportunity to interview him today. He is very excited to watch the Chiefs play next Sunday! pic.twitter.com/pkJd03bBN7

Running backs are usually some of the shortest players on the field. Not Bert Coan. His 6-foot-5 frame and incredible speed (he reportedly ran a 9.5 in the 100-yard dash) means he probably would've been better suited to play wide receiver or cornerback, but maybe he didn't have the hands.

Coan played running back for TCU and Kansas before playing seven seasons in the AFL for the San Diego Chargers and Kansas City Chiefs in the 1960s. He logged only 19 touchdowns and 1,259 rushing yards, proving speed doesn't always translate on the gridiron. 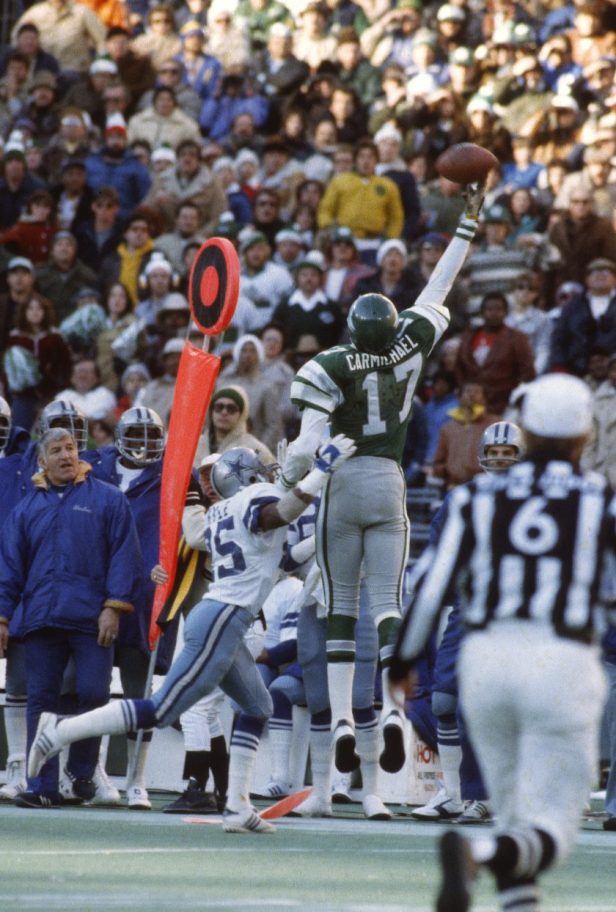 At 6-foot-8, Harold Carmichael may very well be the tallest player in the Pro Football Hall of Fame. Forget Randy Moss or Calvin Johnson, this dude would've been a cheat code if he were in Madden today.

Carmichael was a quarterback in high school before switching to receiver in college. He played with the Philadelphia Eagles, New York Jets and Dallas Cowboys from 1971-84 and was a four-time Pro Bowl player, three-time All-Pro and 1973 receiving yards and receptions leader. The towering receiver caught 590 passes for 8,985 yards and 79 touchdowns, showing that no one can really cover a man his size. 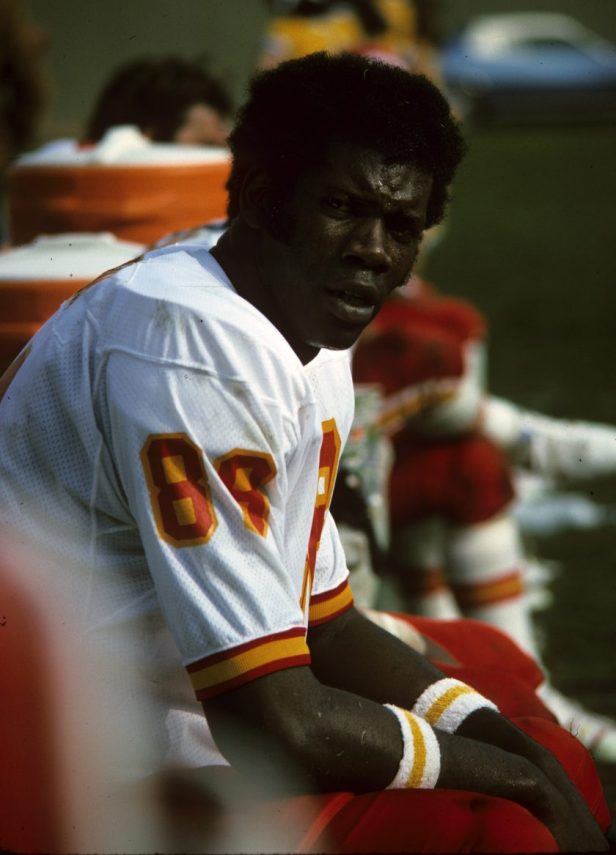 RELATED: The 20 Dirtiest NFL Players Ever Did More Than Just Tackle Opponents

Morris Stroud stood a ridiculous 6-foot-10 and even had a rule named after him.

Stroud played tight end for the Chiefs in the 1960s and 1970s, when players were still allowed to try to block a field goal by jumping from underneath the goal post. The NFL's "Stroud Rule" now states that "goal tending by any player leaping up to deflect a kick as it passes above the crossbar of a goal post is prohibited. The referee could award 3 points for a palpably unfair act."

Stroud also caught seven touchdowns and won Super Bowl IV with the Chiefs, but he will always be known for his goal-tending abilities. 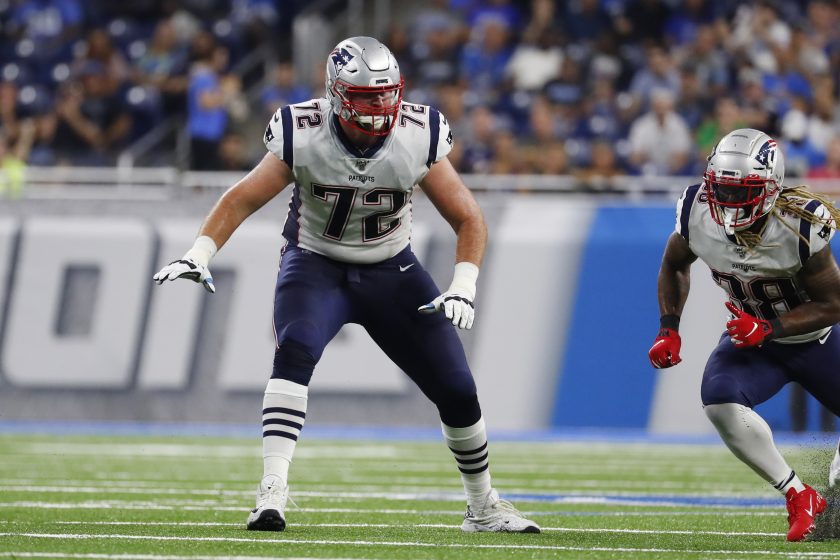 Skipper carried a 6-foot-10, 325-pound body around while playing Arkansas, where he became a First-Team All-SEC offensive lineman. He went undrafted in 2017 but was signed by the Dallas Cowboys. He has since been signed to practice squads for the Detroit Lions, Denver Broncos, New England Patriots, Houston Texans and Detroit Lions.

Though the offensive tackle has played in few NFL games, he won a Super Bowl with the Patriots in 2019. He also made his first career start in 2022 at 28, which produced an awesome postgame moment. 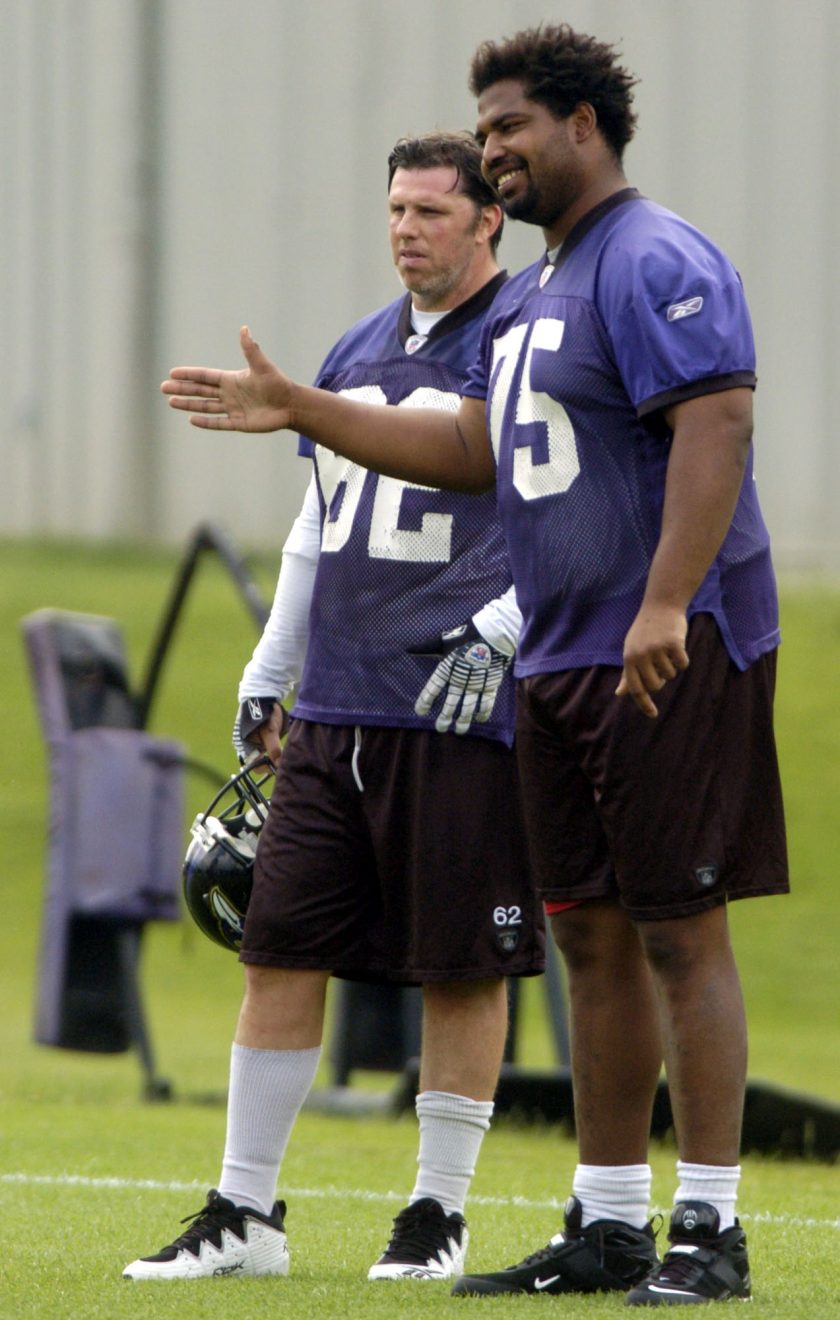 Ogden is a College and Pro Football Hall of Fame member, and he did so at 6-foot-9.

One of the best tackles in NFL history, he starred as an All-American at UCLA before the Baltimore Ravens selected him with the fourth overall draft pick in the 1996 NFL Draft. He spent his entire 12-year NFL career protecting quarterbacks in Baltimore, where he made 11 Pro Bowls and won a Super Bowl.

Ogden wasn't just a big man, he was a great football player. He also had an inch or two on many of the tallest offensive linemen in the game like Trent Brown, Jared Veldheer and Alejandro Villanueva. There are currently a few linemen in 2022 that are listed at the same height. 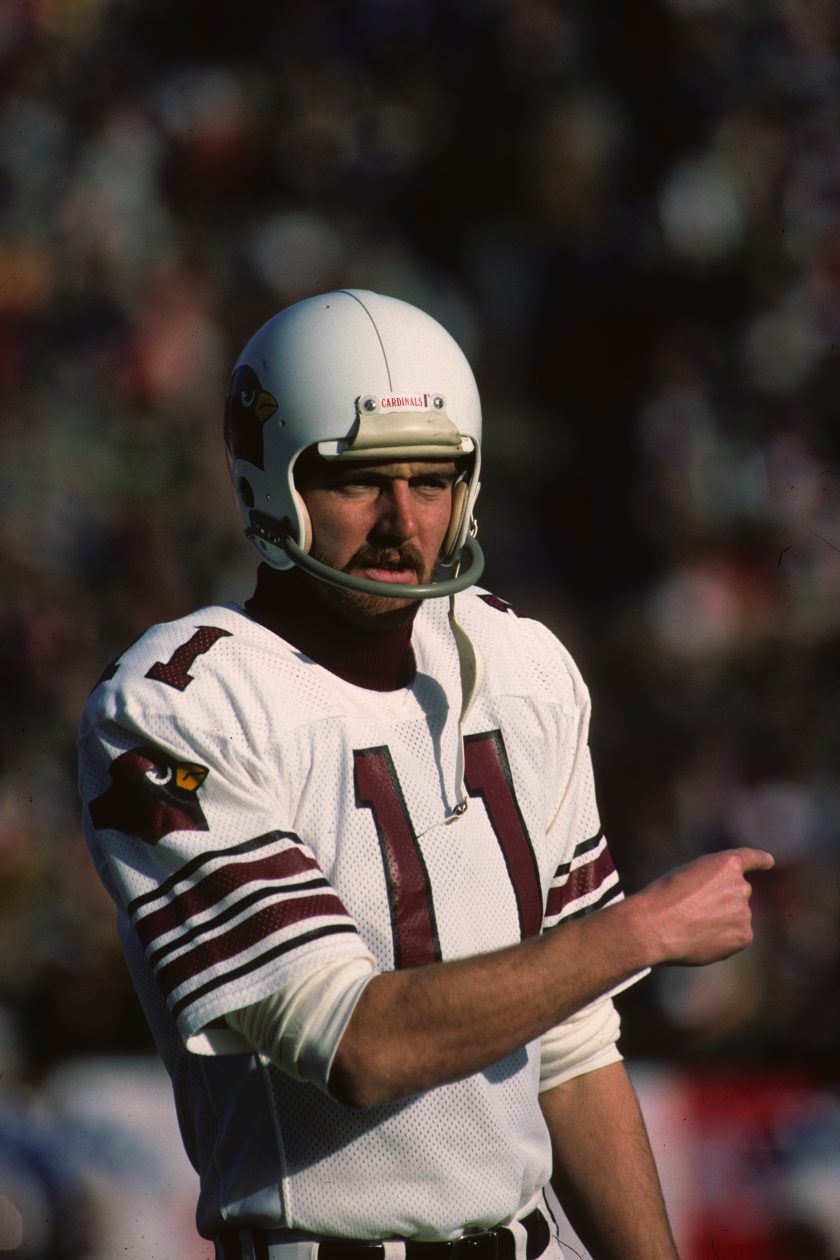 O'Donoghue might be the most interesting man on this list because he's a 6-foot-6 kicker, plus he was born in Ireland.

That's right, the Dublin native came to the United States in the 1970s to play soccer at Saint Bernard College. When the program disbanded, he transferred to the SEC's Auburn University, where he became an All-American kicker and is still tied for the longest field goal in school history at 57 yards.

O'Donoghue played for the Bills, Tampa Bay Buccaneers and St. Louis Cardinals in the 1970s and 1980s before his luck ran out. He finished his career with a 59.3 field goal percentage. 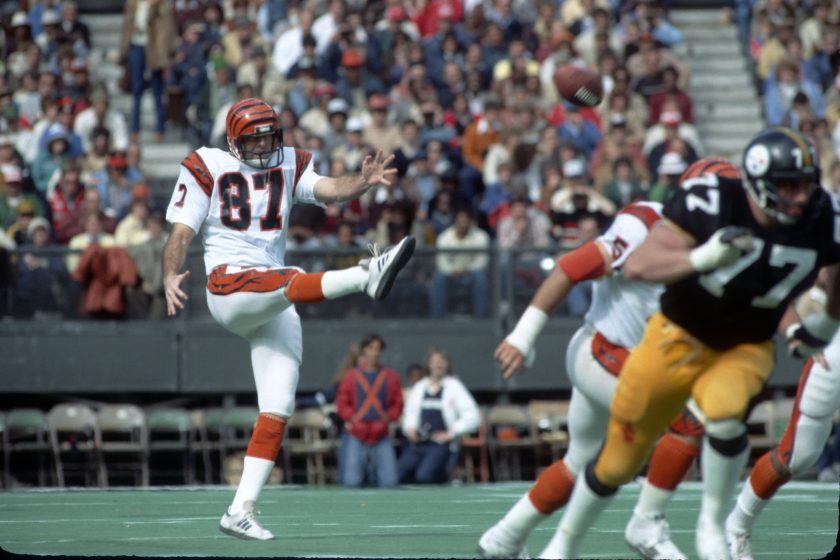 Perfect score on the Wonderlic test. That's all I should have to say about Pat McInally.

It isn't, though. The 6-foot-6 Harvard graduate is Exhibit A as to why special teams players are the absolute best. This brainiac was a two-time All-Ivy League player before scoring the only verified perfect score on the Wonderlic test ever.

"It really did seem like an easy test at the time," he once said. "One of the reasons I did so well is because I didn't think it mattered. So I think I didn't feel any pressure at all. It was more of a lark, and that's when you do your best. If I took it 100 times I'd probably never do that again."

McInally played for the Cincinnati Bengals from 1976-1985 and earned a Pro Bowl and All-Pro selection in 1981. Unsurprisingly, he worked to help young athletes score better on their SATs after his playing career. I'd say that's probably his calling.

On this date 50 years ago, the Cincinnati Bengals selected 7'0" Richard Sligh in an expansion draft. Sligh, who played for the Raiders in 1967, was the tallest player in NFL history. pic.twitter.com/QlRTt0VdEk

At 7-feet tall, defensive tackle Richard Sligh is the tallest NFL player on our list.

He played for North Carolina Central University and played exactly one season as a rookie in the AFL with the Oakland Raiders. Sligh played in just eight games and was on the bench when the Raiders played the Green Bay Packers in Super Bowl II, but he will forever live on as the tallest man to ever step on the football field. 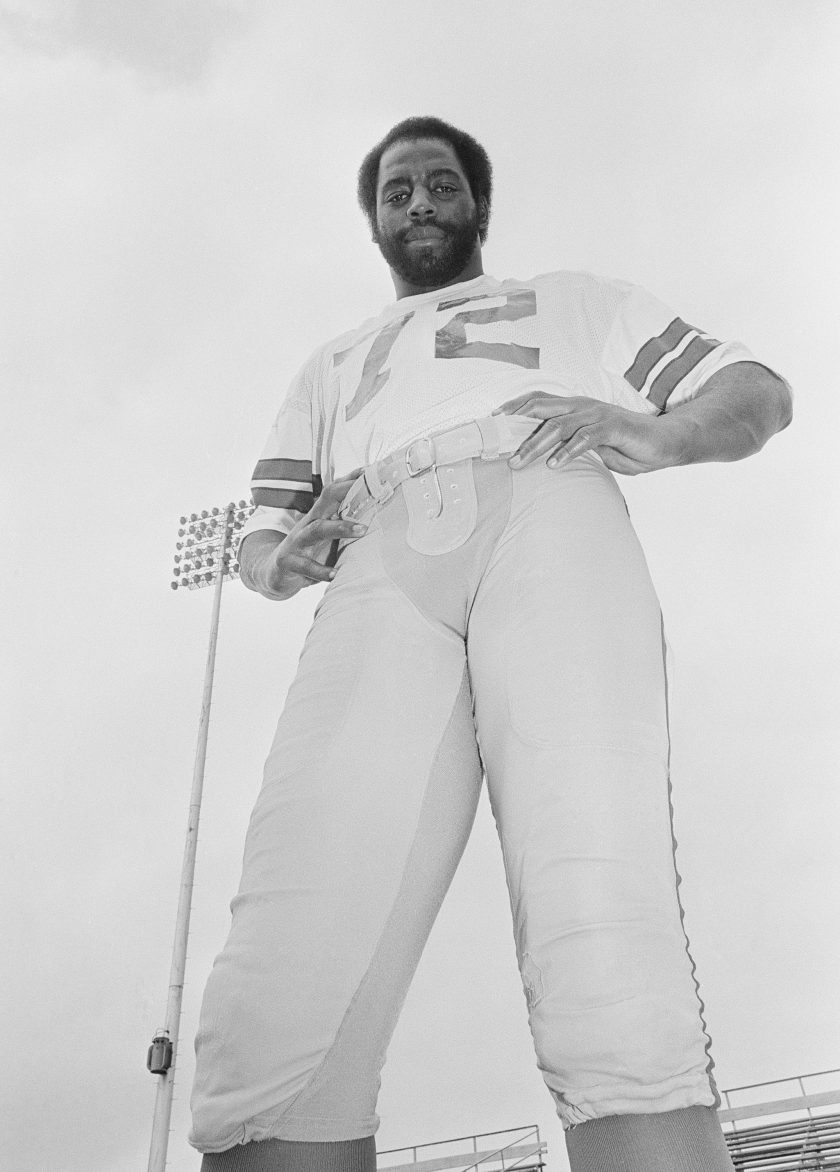 It's fitting that a man whose nickname was "Too Tall" falls on here. Defensive end Ed "Too Tall" Jones actually got the nickname when he quit basketball at Tennessee State University to play for the football team. He grew into a dominant college football lineman, racking up 38 career sacks before the Cowboys selected him first overall in the 1974 NFL Draft.

Ed Jones enjoyed a nice career with the Cowboys in the 70s and 80s, earning three Pro Bowls and three All-Pro selections as well as winning a Super Bowl. He recorded 57.5 sacks, and I can only imagine what it's like for a quarterback to see a defensive lineman that tall rushing him. 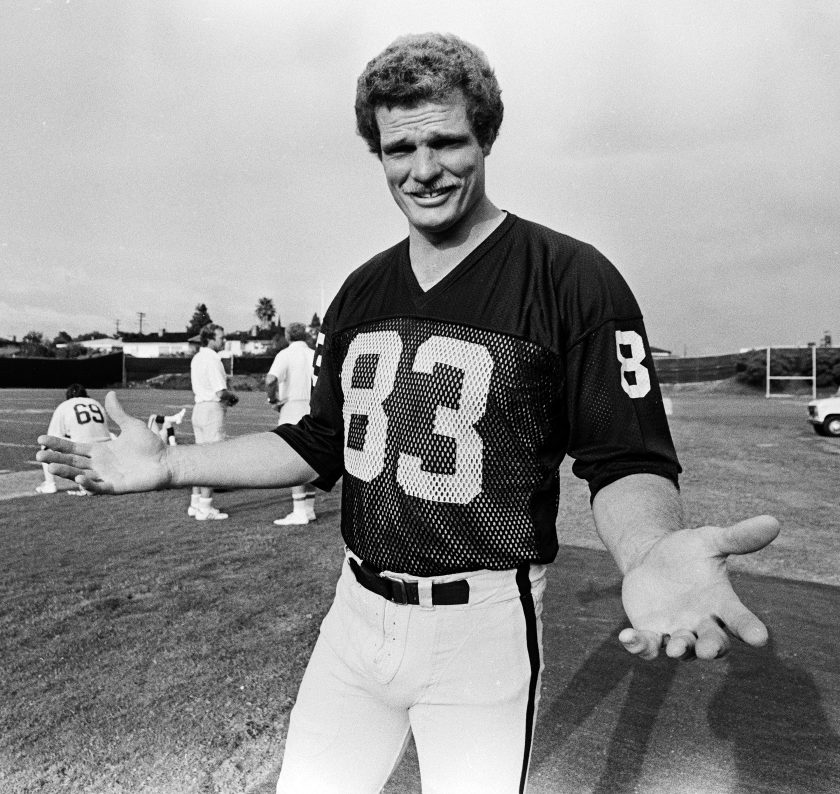 Ted "The Mad Stork" Hendricks was one of the best defensive players of all time. That's partly because the linebacker was 6-foot-7 and nabbed 26 interceptions over his historic career.

Hendricks played for the Colts, Packers and Raiders from 1969-83 and took home a whole lot of hardware by the time he retired. He won four Super Bowls, earned eight trips to the Pro Bowl and was a first-team player for the NFL 1970s and 1980s All-Decade Teams.

The Mad Stork was inducted into the College and Pro Football Hall of Fame for his beastly play. 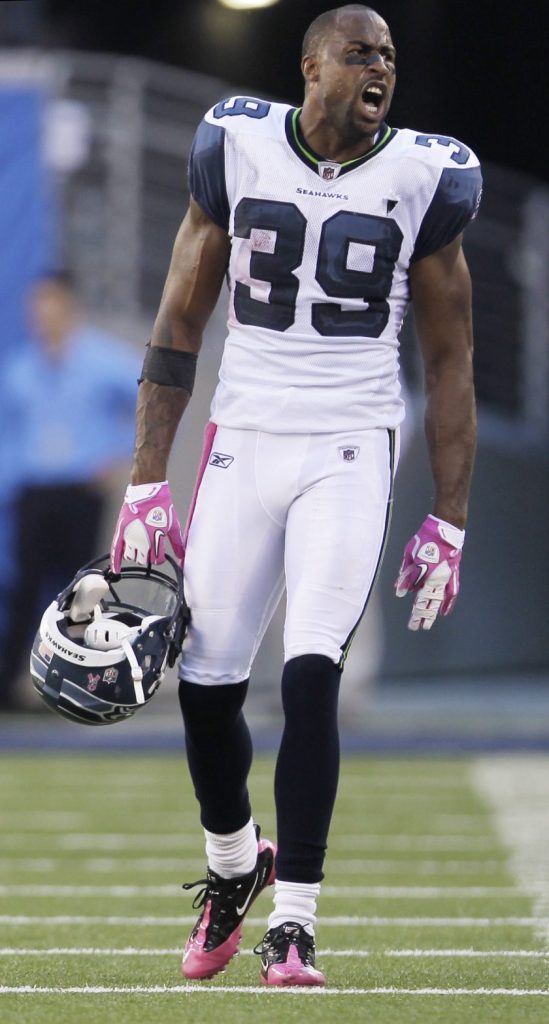 Browner became part of the Seattle Seahawks' Legion of Boom defense from 2011-13. The 6-foot-4 cornerback also played for the Patriots and New Orleans Saints, winning two Super Bowls in total.

When he was on the field, he was a shutdown corner. The 38-year-old is now serving eight years in prison for attempted murder in 2018. 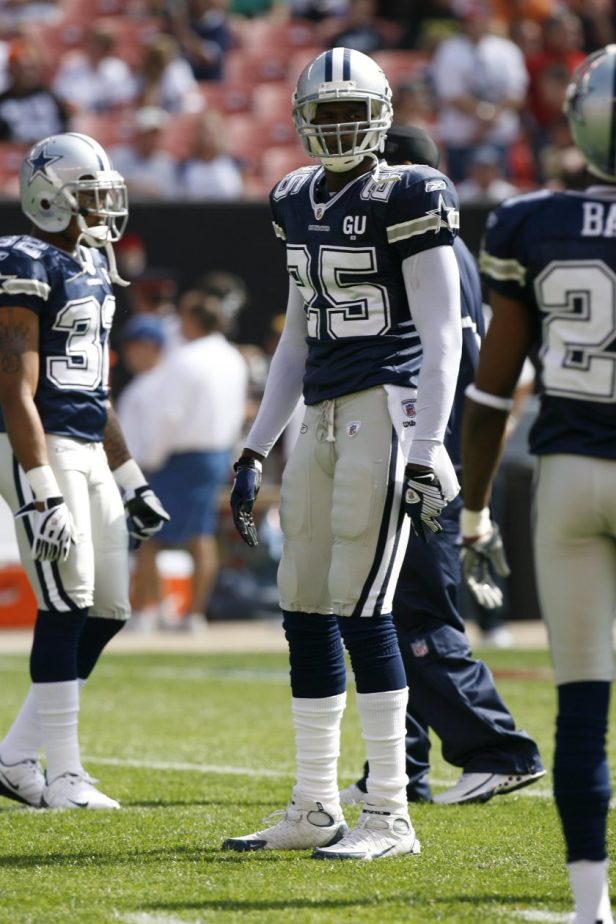 Watkins played college football at Florida State University before the Cowboys drafted him in the fifth round in 2006. The towering safety was quickly out of the NFL and tried his hand in the Canadian Football League from 2012-16.

Still, 6-foot-5 is massive for anyone, let alone a safety.