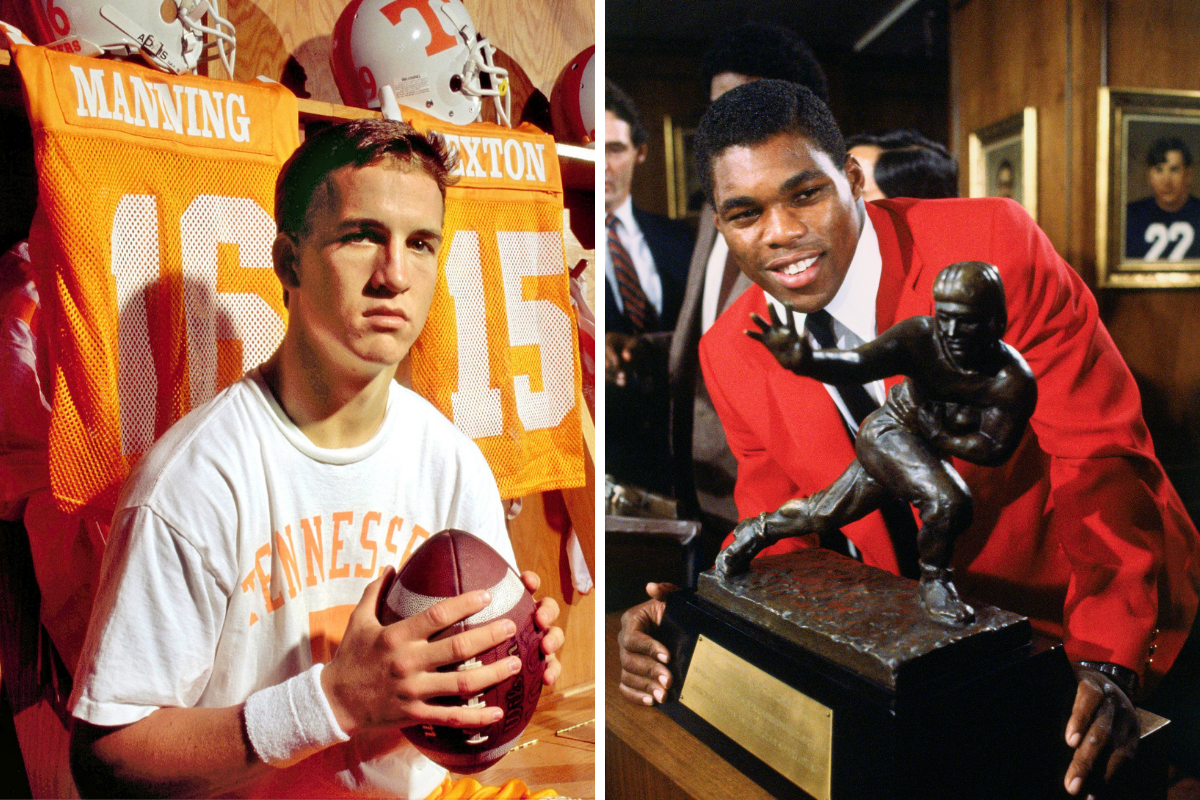 College football has transformed quite a bit since the very first game took place in 1869 between Rutgers University and College of New Jersey (Princeton University). Behind the evolution of the game we all love and watch religiously are the players that changed and shaped the game into what we now see every Saturday.

A full 150 years after that first game, ESPN released its All-Time All-America Teams in 2019 to celebrate the greatest athletes at every position in college football history on its 150th anniversary. A total of 25 players represent nearly 90 years of college football, 19 schools, nine conferences and both the FBS and FCS subdivisions of Division I football.

Which players did they miss?

The one and only Deion Sanders of Florida State. #fsu pic.twitter.com/vhHVqASjGi

The list is absolutely littered with members of the College Football Hall of Fame. The University of Pittsburgh leads the way with four selections, including future NFL Hall-of-Famer and Walter Camp Award winner Larry Fitzgerald and tight end Mike Ditka.

Herschel Walker, who won the 1982 Heisman Trophy at Georgia, scored 52 touchdowns and set 41 school records and 11 NCAA records during his three-year career in the 1980s, leads the way at running back for the First Team.

Roger Staubach, the 1963 Heisman Trophy winner and certified Navy badass before starring on the Dallas Cowboys, is slated as the No. 1 passer of all time.

Future Dallas Cowboys star quarterback Roger Staubach poses with the Heisman Trophy that he won as a player for the U.S. Naval Academy in 1963. Roger went on to serve in the U.S. Navy for four years before entering the NFL as a 27-year-old rookie. pic.twitter.com/Yhd8mlZbig

The First Team is rounded out by NFL legend and Mississippi Valley State’s very own Jerry Rice, former North Carolina linebacker and 1980 ACC Player of the Year Lawrence Taylor and 1997 Heisman Trophy winner Charles Woodson out of Michigan.

The Second Team’s defense features two of the best defensive backs to ever step on the gridiron: Georgia standout Champ Bailey, who played cornerback and wide receiver, and Miami’s Ed Reed, the ballhawking safety who recorded 21 career interceptions, shore up a scary secondary.

The Greatest of All-Time | Herschel Walker won the Heisman Trophy on this day 31 Years ago #AlwaysADawg pic.twitter.com/7JhKUkdsih

Alabama linebacker Derrick Thomas, who recorded an astounding 27 sacks and 39 tackles for loss during his senior season and netted 52 sacks over his Crimson Tide career, heads the Second Team linebacking corps. In front of him is North Texas defensive lineman “Mean” Joe Greene, who in the 1960s made the All-America team despite playing in the Missouri Valley Conference.

The full list is exhaustive and covers just about every position pretty darn well. Did your school’s best player of all time get left off the list? Find out below.

This article was originally published December 26, 2019.