The 6-foot-4, 345-pounder's success on the field wasn't limited to the Third Saturday in October. The kid from Riverdale High School in Fort Myers, Florida, began his collegiate career at Mississippi Gulf Coast Community College, where he rose to stardom in two years and joined the University of Alabama in 2008.

By the time Cody was finished in Tuscaloosa, he'd racked up two Unanimous All-American selections and two First-Team All-SEC selections. Not to mention, he won an SEC Championship and helped head coach Nick Saban win his first national title at Alabama.

Cody briefly played in the NFL before getting into legal trouble. Where is he today? 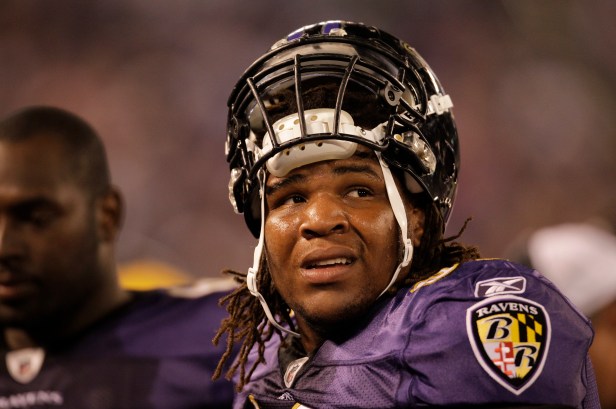 The Baltimore Ravens selected defensive tackle Terrence Cody in the second round of the 2010 NFL Draft. His time in Balitmore wouldn't last as long as Alabama fans might've expected.

Cody spent four seasons with the AFC North team. He played in 57 games and was a starting defensive lineman only for the 2011 season, when he recorded 34 tackles. He also won a Super Bowl in 2012 with the team.

Cody was released in 2015 but not before making $3 million with the Ravens, according to Spotrac. Not long after playing his final snap, Cody found himself in trouble with the law.

Cody served six months in jail for animal neglect back in 2016.

According to the Baltimore Sun, Cody's girlfriend was also convicted on animal cruelty charges. Kourtney J. Kelley was sentenced to 60 days and was found guilty of five counts "in connection with neglecting Taz."

Cody was originally sentenced to nine months in a Baltimore County detention facility, but was released early for good behavior and work performed while in jail.

The Baltimore Sun originally reported on January 23, 2015, Cody was under investigation for an animal cruelty case. That was the same day the Ravens announced they were going to terminate his contract.

In an interview with Beyond The Helmet in May 2020, Cody spoke about the end of his career and time in jail. He said he wound up becoming depressed at that point in his life.

"Whoever knows me knows I'm not that type of person," Cody said. "For the media to treat me as that type of person, I kind of just shut down from the world and everybody around me. It took me a while to get out of that. When it happened, it was just an honest mistake."

Cody also said in the interview he's thinking about getting back into football as a coach. He'd like to be an assistant coach somewhere, even if it's at a smaller level than the NCAA. He also stays busy taking care of his two daughters, a 9-year-old and a 4-year-old.

"They're like the world to me. I just want to make everything easy for them in the future," Cody told Beyond The Helmet.

We probably haven't seen the last of Mount Cody. Look for him on the sidelines sometime soon.

MORE: Trent Richardson's NFL Career Failed, But Where Is He Now?