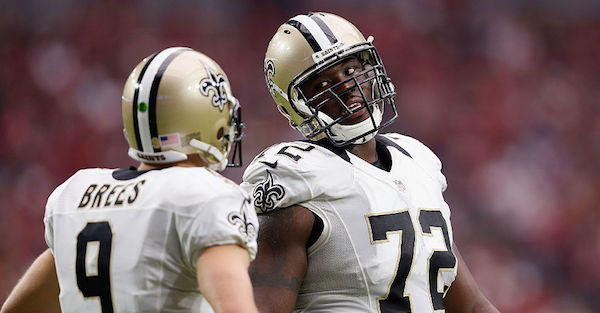 The New Orleans Saints suffered a devastating loss on the offensive line after starting left tackle Terron Armstead tore his labrum during practice.

#Saints LT Terron Armstead suffered an injury on Wednesday & had tests on Thurs. Result was a torn labrum, sources say. Crushing loss for NO

Armstead signed a five-year, $65 million before the 2016 season, but he has suffered several injuries throughout his career. He has missed games the last three seasons due to injury, but he did make the Pro Bowl in 2015.

The Saints drafted Armstead in 2013 out of Arkansas Pine-Bluff.

Sources: #Saints star LT Terron Armstead is scheduled for surgery on Monday to repair a torn labrum. The timetable to return is 4-6 months.

Heartbroken when I found out I need surgery! No one is more frustrated than me after working so hard. I'll be back #WhoDatNation STRONGER!!

The Saints drafted tackle Ryan Ramcyzk out of Wisconsin with the No. 32 overall pick of the NFL Draft, and Ramcyzk might have to protect Drew Brees’ blind side sooner than he expected.

After three consecutive 7-9 seasons, Brees and the Saints were expecting to make a playoff push in 2017. The injury to Armstead doesn’t derail their chances, but it doesn’t help matters either.