After the Las Vegas Raiders released their former first round pick in Alex Leatherwood after one season, it reminded NFL fans worldwide how... not good the Raiders have been at drafting in recent years.

And while 2021 was a step in the right direction for the Raiders, their 2020 draft class might go down in history as one of, if not, the absolute worst draft class in NFL history.

Now, this is one of those lists that, immediately after the draft, didn't look as bad as it would two years later.

However, let's look at which player was able to accomplish what, that way no stone goes unturned. Were these certified busts, or was there something else that caused their demise? Let's start with Henry Ruggs III. 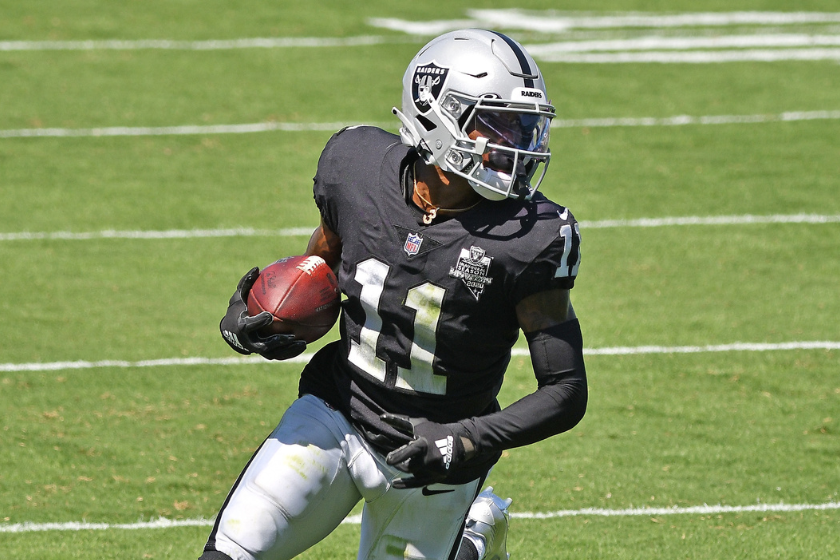 Henry Ruggs was a very highly sought-after draft prospect coming out of Alabama, as he finished his three-year career with 98 receptions, 1,791 scrimmage yards, and 25 total TDs.

Given the wagon Alabama is for bringing in NFL-ready talent, it's not surprising to see how high Ruggs went. However, his demise wasn't football-related.

On Nov. 2, at approximately 3:40am, Henry Ruggs' life changed forever. That was when he took the life of a 23-year-old woman while driving drunk and recklessly. Per the police report, Ruggs was charged with DUI resulting in the death of another person, as well as reckless driving.

Henry Ruggs was a promising rookie, and even a rising-star in the league, however, a lapse of judgement cost him his career and cost an innocent bystander their life.

This pick, while poorly aged, shouldn't be seen as an ignorant pick by the Raiders. Going into the draft, there weren't concerns about Ruggs' character, so this is a draft pick that aged just about as poorly as one could. 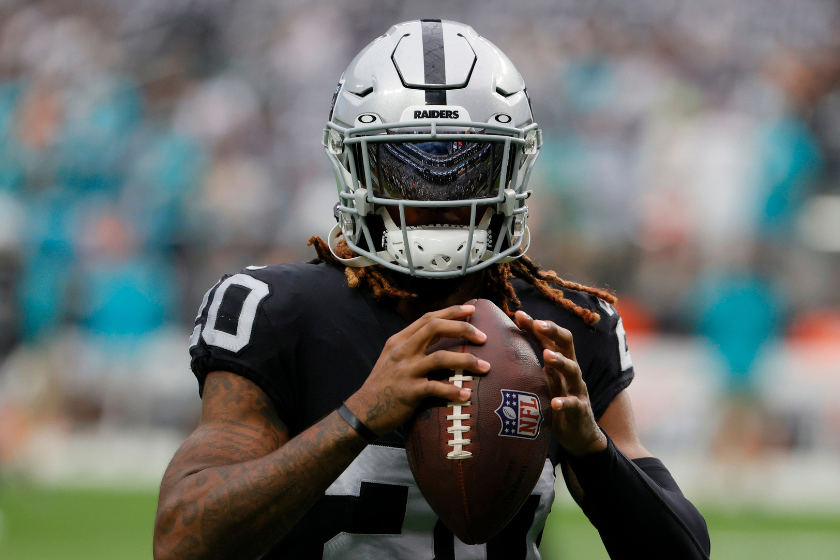 Coming out of college, Arnette was seen as a pretty good corner. Not great, but also not terrible. According to Lance Zierlein, Arnette was likely a second-round selection. So, going at pick No. 19 isn't a huge reach, and it's also just one analyst's opinion. Plenty of analysts have made predictions that don't come true, especially when analyzing draft prospects.

Arnette was a strong player for the Buckeyes in his five-year career, as he accumulated 140 tackles (104 solo, 36 assisted), five INTs, 22 passes defended, two forced fumbles, and a fumble recovery. He also was able to come up with a touchdown in his final year at Ohio State, so make sure to count the TD in his stats. However, in the NFL, the college shine was masked by a lack of production.

In Arnette's rookie season, he was targeted 32 times and of those, he allowed 26 receptions. In that same season, Arnette earned a humbling 41.7 PFF Grade. Definitely not great for the first-round selection, but year two had to be better, right?

In 2021, Arnette earned a 32.9 PFF Grade, while being targeted only eight times and letting up five receptions. Why did Arnette have such a quiet season in 2021? Well, the Las Vegas Raiders ended up releasing Arnette after a video surfaced of him waiving a gun around and making threats to take someone's life.

"At the time, we thought [drafting Arnette] was an acceptable risk... after doing more homework on Arnette than anybody we've done in the years I've been here. And obviously, we missed, and that is 100% on me." - Mike Mayock on drafting Damon Arnette, knowing his character flaws

So, while his potential might've been high, character issues were clearly the downfall here -- something the Raiders were well aware of. 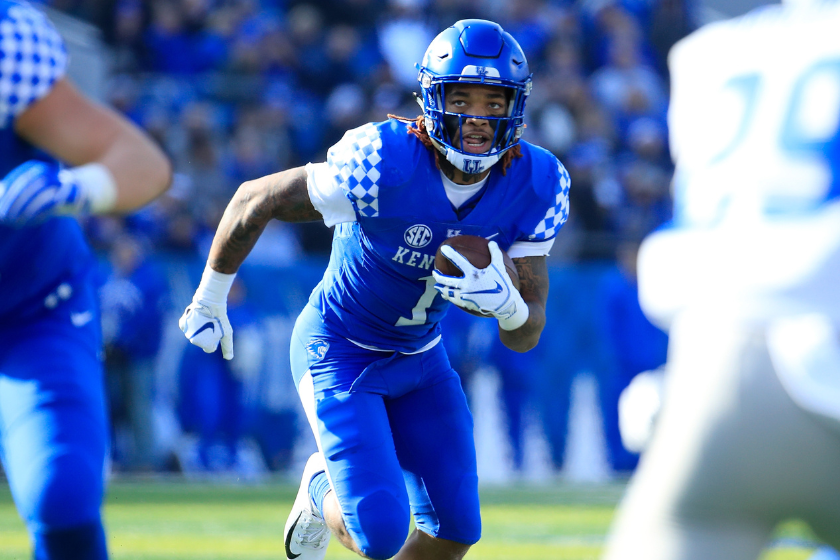 On April 24, 2020, Lynn Bowden was drafted No. 80 overall, and on July 26 of that same year, Bowden signed a 4-year contract worth $4.7M with the Raiders. Then, in Sept. of that same year, Bowden was traded to the Miami Dolphins for a 2021 4th round pick. Not even five months after being drafted in the third round, the Raiders were already ready to move on from the former Kentucky Wildcat.

It really doesn't get worse than that. Lynn Bowden Jr. was hardly given a chance with the Raiders, however, it doesn't matter. The NFL Draft doesn't allow due-overs, no matter how badly the Raiders wish they could -- especially after this draft. 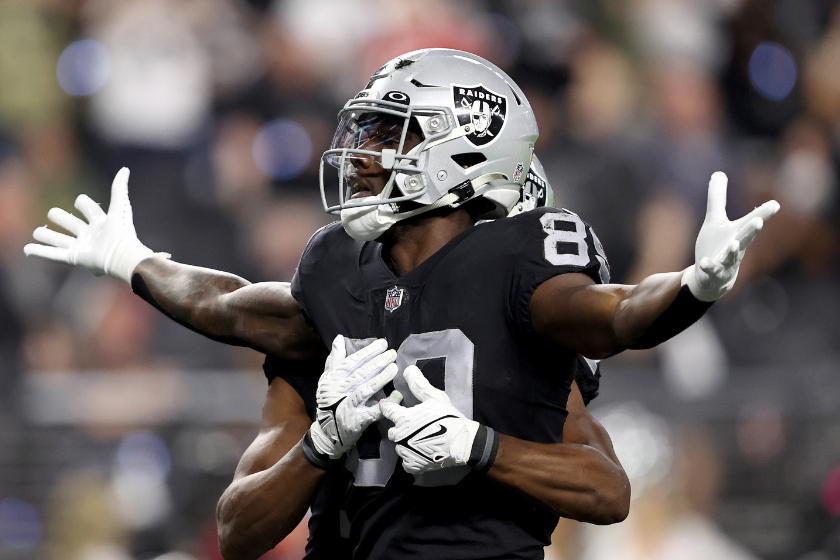 One pick after the hard-to-swallow Lynn Bowden pick, the Raiders go back-to-back receivers with Bryan Edwards out of South Carolina. Edwards held his own for the four years he played as a Gamecock, so drafting him in the third round was a win for the Raiders -- or at least they thought.

Bryan Edwards spent two seasons with the Raiders, and in those two years, he accumulated 45 receptions, 764 yards, and 4 TDs. Not great. But, for a third-rounder, his expectations weren't necessarily through-the-roof.

That said, outside of Henry Ruggs -- prior to his felonious error -- Bryan Edwards was one of the better picks in this draft. And that isn't a great thing, considering he hardly produced. 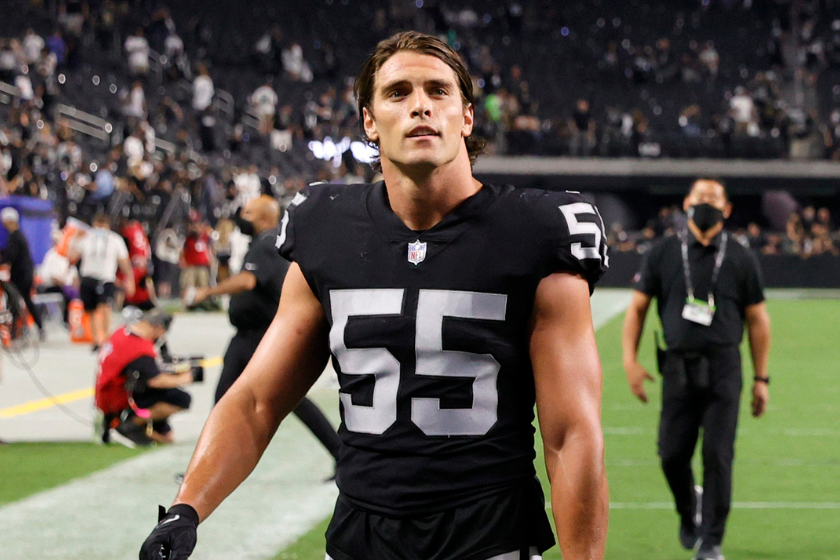 Heading into the draft, Tanner Muse was seen as an average backup or a special teams player. And for a player picked at No. 100, that sounds about right. These guys are rarely seen as top prospects, however, at this part of the draft, teams are hoping to find diamonds in the rough.

Tanner Muse, however, wasn't a diamond in the rough. In fact, Muse was waived a year after being drafted without playing a single snap. Not great! 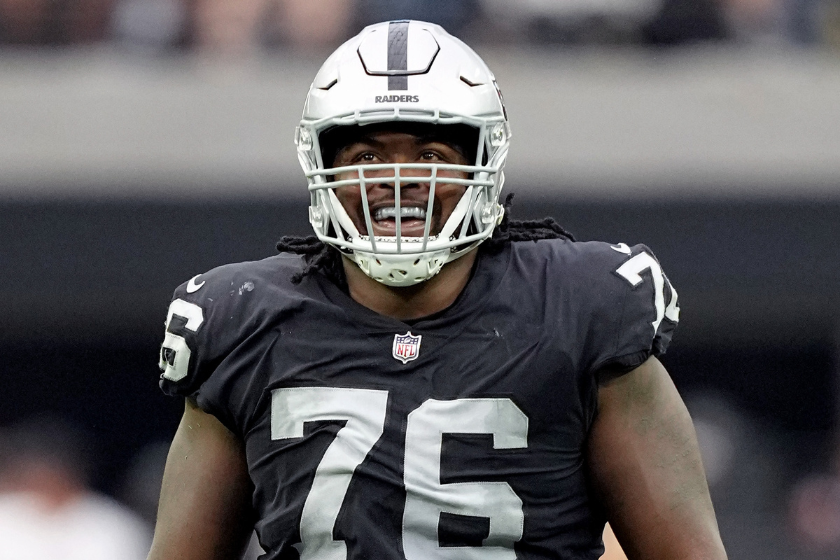 The Raiders went back to Clemson for their next pick in John Simpson. With the 109th pick in the draft, the Raiders finally get someone that's still on the team. And in fact, he's been a decent player for the Raiders.

In 2021, Simpson played 1,112 offensive snaps and only gave up three sacks, while being penalized 10 times. In the same season, Simpson earned a 52.6 PFF Grade.  Simpson's rookie season wasn't nearly as productive, however, that's partially due to not playing much. In 2020, John Simpson played 252 offensive snaps, gave up a single sack, was penalized four times, and earned a 45.8 PFF Grade.

With Alex Leatherwood getting waived and then claimed by the Chicago Bears, it's likely that the Raiders will rely more on John Simpson this year, and for their sake, hopefully it works out. Because, unfortunately for Vegas, not many of the players in this draft class did. 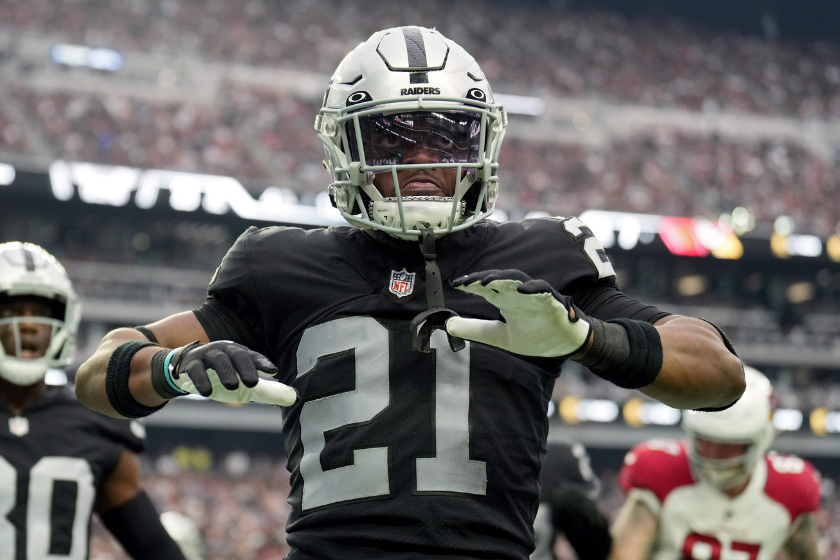 With their final pick of the 2021 NFL Draft, the Las Vegas Raiders went with Amik Robertson, a cornerback from Louisiana Tech. Robertson is pretty undersized, as he stands 5-foot-8 and weighs 187 pounds. That said, he's lacked production. Even being the last pick of their draft class, Robertson has been okay at best.

In his two seasons with the Raiders, he's made two starts, while appearing in 18 games. In those 18 games, Amik Robertson has 23 total tackles (17 solo, six assisted), zero INTs, zero forced fumbles, and zero fumble recoveries. A pretty blank stat sheet, even for a fourth-round pick.

So, while the Raiders were hoping to hit the mark on this draft, that's just about all they didn't do. Each round they had a pick in, disappointment came from it. Whether it was due to off-the-field issues or not, this has to be one of the absolute worst draft classes of all time.

Not that their 2021 draft class was all that great, but woof -- this is a very, very bad draft class. In fact, have there been worse draft classes in recent history?