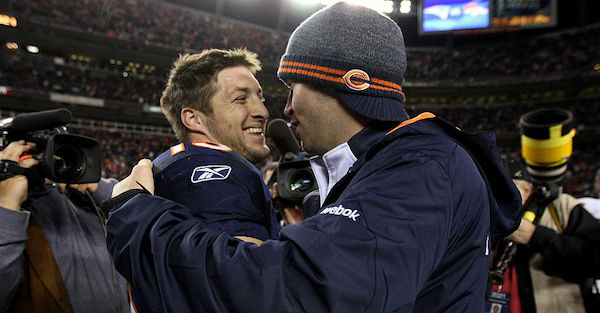 Jay Cutler is signing with the Miami Dolphins on a one-year, $10 million deal with incentives, but he wasn’t the only quarterback the Dolphins considered signing.

Cutler was likely signed due to his connection with head coach Adam Gase, who was Cutler offensive coordinator in Chicago in 2015. Tebow also played for Gase when Gase was with the Denver Broncos, and the Tebow led the team to a playoff victory over the Pittsburgh Steelers.

Cutler will fill in for Ryan Tannehill after he injured his knee in training camp. He was the best out of all of those options, though a case could also be made for Kaepernick.

Which QB would’ve been the most discussed… Tebow returning to the NFL, or Kaepernick finally being signed? Luckily, the world will never know.