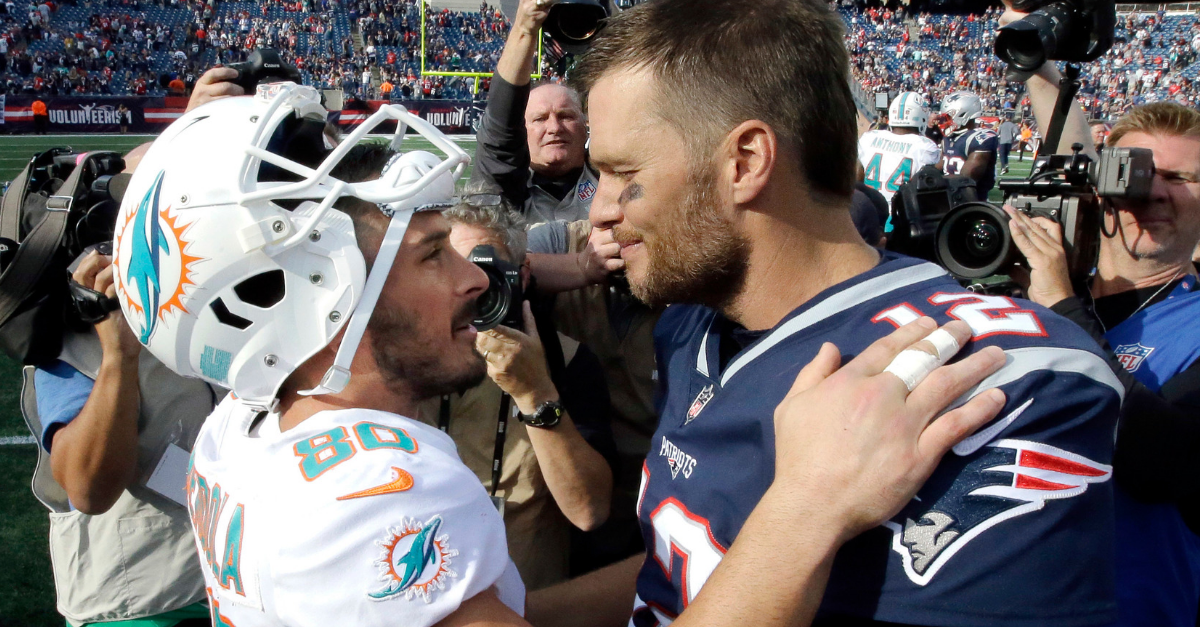 New England Patriots quarterback Tom Brady is out here living his best life these days. The 41-year-old NFL superstar already makes so much money, but he had quite the week and it didn?t really have much to do with football.

From making a guest appearance on Jimmy Kimmel Live with actor Matt Damon to attending the Kentucky Derby, Brady showed what?s it?s like to live larger than life. It also helps that the Super Bowl champion pocketed some extra cash when it was all said and done, too.

After the Run for the Roses, which had its fair share of controversy with race winner Maximum Security being disqualified and Country House officially claiming victory at Churchill Downs, Brady and a group of his closest friends were dressed to the nines and fooling around somewhere in Lexington, Kentucky.

One of those on hand to enjoy the party was former Patriots wide receiver Danny Amendola, who played for the Miami Dolphins in 2018 and signed with the Detroit Lions this season. And on a day full of betting, Amendola bet Brady $100,000 that he could hit a target with one of those autograph footballs you can buy on Amazon.

Now we know why Patriots WRs are willing to take less $.

RELATED: Tom Brady Sells the Most NFL Merchandise, But the Top 5 Will Surprise You

Brady accepted the six-figure bet as if he was confirming his order from a food menu, but Amendola was sure he could hit the far building.

Turns out, after a strong wind up and throw, Amendola missed the target with the small football.

Amendola then had to retrieve the ball in the dark, which it?s hard telling whether he found it or not.

Although its no secret these professional athletes, especially NFL stars, make a lot of money to casually wager $100,000, it?s still unbelievable to witness that kind of money be on the line for something you would bet your friend or former teammate.

Now we see all that head coach Bill Belichick had to put up with when the Patriots teammates were together because there?s no way this is the first time these guys have done something like this.