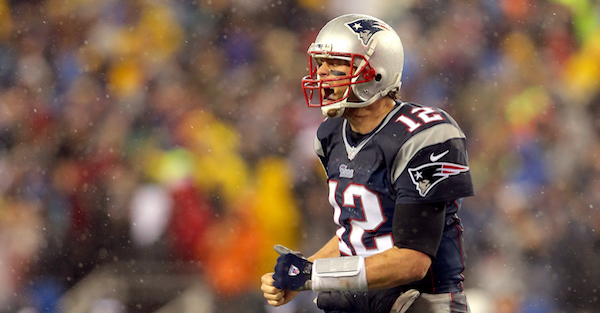 Tom Brady released a documentary series called Tom vs. Time and his family is featured heavily in it. Apparently one radio host on Boston’s WEEI did not particularly care for Brady’s daughter and called her “a little pissant.”

Here is the audio WEEI’s Alex Reimer calling her that:

Tom then went on his weekly interview with WEEI on the Kirk and Callahan Show only to cut it short and call out the station for allowing a host to say those things about his daughter.

“I’ve tried to come on this show for many years and showed you guys a lot of respect. I’ve always tried to come on and do a good job for you guys. It’s very disappointing when you hear that, certainly. My daughter, or any child, certainly doesn’t deserve that.”

WEEI announced that Reimer was suspended indefinitely for his comments. According to ESPN, Brady is also reportedly considering not going on the show again.

Tom Brady cuts his weekly interview short on WEEI, saying he was disappointed to hear of news that host Alex Reimer made a disparaging remark about his daughter when discussing the "Tom vs. Time" documentary. Brady said he is evaluating if he wants to be on the show again.

This article was originally published January 29, 2018.