Ken Griffey Jr.’s kid has signed his next NFL contract 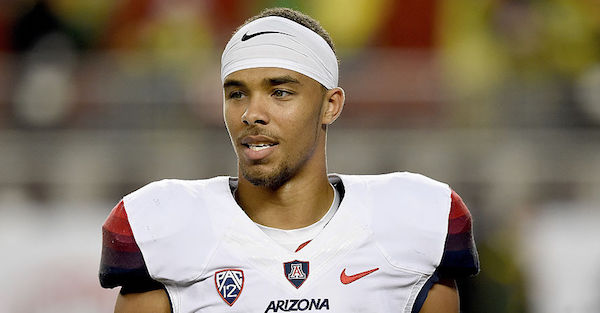 The Pittsburgh Steelers announced on Monday that they have signed free-agent wide receiver Trey Griffey to a reserve/future contract.

Griffey, the son of MLB Hall of Famer Ken Griffey Jr., signed with the Indianapolis Colts last May after going undrafted in the NFL draft. He signed briefly with the Miami Dolphins after the Colts waived him in June, but the Dolphins ultimately cut him before the start of the season.

Griffey finished with 1,241 yards receiving and six touchdowns in four years of college at Arizona. He turned in his best year as a junior after recording 31 catches for 405 yards and a touchdown. He struggled a bit with injuries at Arizona and that likely led to him going undrafted last year.

After bouncing around with a couple of teams this season, he’ll look to make an impact in camp this summer with the Steelers.