Super Bowl MVP makes it clear, he needs the hot QB on the market 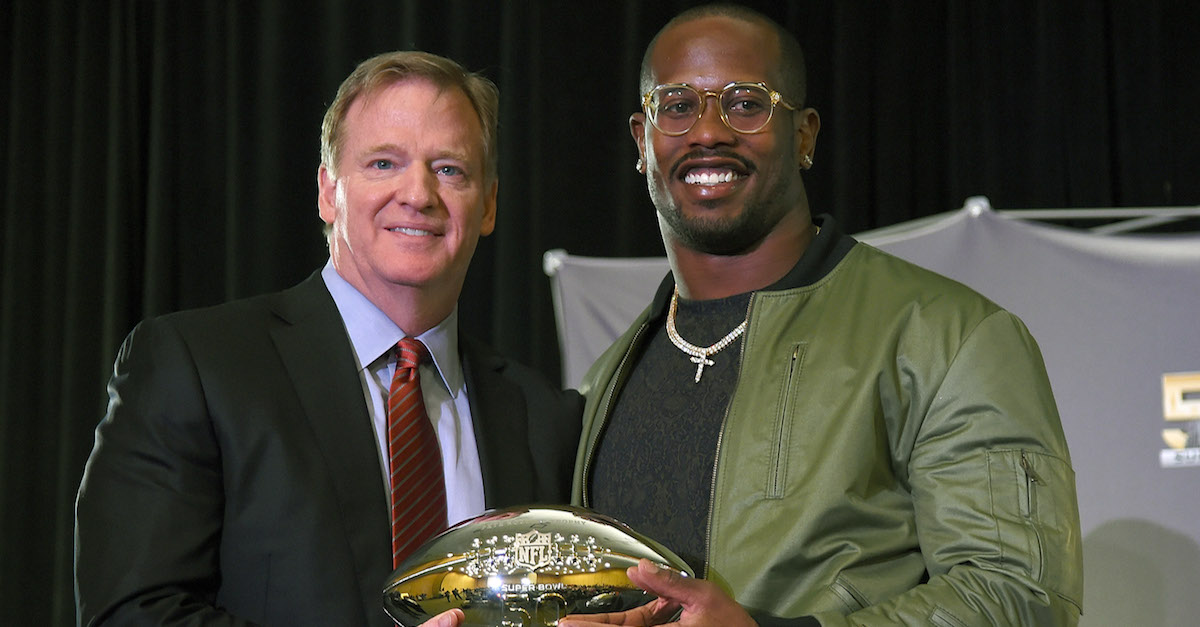 Former Super Bowl MVP Von Miller talked him up after a loss to the Washington Redskins, and now the Denver Broncos standout defender making it clear — he wants Kirk Cousins.

While speaking to the Dan Patrick Show, Miller talked up Cousins yet again. (H/T PFT)

“He knows exactly how I feel about Kirk Cousins and what he’d mean to our team,” Miller said. “And what he would mean to a lot of other teams. He’s the hot quarterback on the market right now. … Yeah, we need Kirk. We need Kirk. I’d like to have Kirk. We have great quarterbacks now. Kirk could take us over the edge.”

Miller talked up Cousins after the quarterback ran over Denver in December, 27-11.

Cousins is a one-time Pro Bowler, throwing for more than 2,000 yards, 99 touchdowns and 55 interceptions over his six years in the NFL.

The Broncos will face plenty of pushback over signing Cousins, with other teams such as the New York Jets, Cleveland Browns, Buffalo Bills and others in on the franchise quarterback. Cousins is coming off two years of franchise tags from the Redskins.

Washington suddenly traded for Alex Smith Tuesday night, landing him and inking the quarterback to a four-year contract.