Stacy is under fire for allegedly attacking his ex-girlfriend in front of their 5-month-old son, all of which was caught on video and has made its rounds on social media. We won't embed the disgusting video, but be warned if you search for it: it's extremely graphic and violent.

Who is Stacy's ex-girlfriend and mother of his child?

Ex-NFL RB Zac Stacy's Ex-GF has released a statement on the video and why she still feels in danger if she doesn't get help in bringing him to justice https://t.co/BVFxkXeDey pic.twitter.com/AG7sM61no6

RELATED: Ray Lewis' Legacy is Haunted By an Unsolved Double-Murder

There isn't much information out there about their relationship, but Zac Stacy's ex-girlfriend's name is Kristin Evans. They share a 5-month-old son together, who was on the couch when the graphic incident occurred.

According to TMZ Sports, Evans filed a restraining order on Monday after the alleged attack took place in her Florida home on Saturday, November 13, 2021.

In the disturbing video, the 30-year-old former New York Jets player can allegedly be seen repeatedly punching Evans and throwing her into a TV.

"He punched me several times in the head! I begged him to stop because the baby was on the couch just a few feet from where he punched me," the woman wrote in the restraining order application, per TMZ.

She added: "I fear for my life and my children's lives."

TMZ reported Evans was treated at a hospital for a possible head wound. As for Stacy, he's reportedly "on the run" from law enforcement, but let's be real: he deserves to go to jail for a very long time.

Stacy was currently a youth ambassador for the Music City Bowl in Nashville, Tennessee. The bowl immediately cut ties with him after video of the domestic violence incident was made public.

"Based on the video and domestic violence report regarding Zac Stacy, the TransPerfect Music City Bowl has terminated the relationship with Zac Stacy effective immediately," a statement read.

NFL players like Davante Adams chimed in to say ex-NFL player Zac Stacy should be put away for a long time.

I?m not retweeting the video but ZAC STACY NEED TO BE THROWN UNDER THE JAIL. Any man that puts his hands on a woman is a coward. Can?t believe what I just saw. 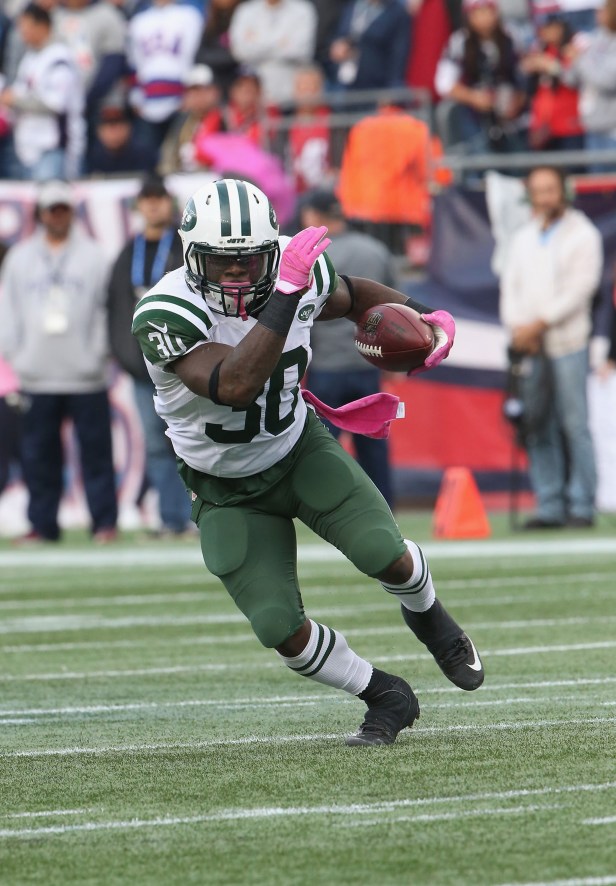 Stacy was a star running back at Vanderbilt University. The 5-foot-9 back was drafted in the fifth round of the 2013 NFL Draft and spent two seasons with the St. Louis Rams and one season with the New York Jets. He posted his best season as a rookie, totaling 973 rushing yards and seven touchdowns.

He played for the Canadian Football League's Saskatchewan Roughriders in 2018 and the Memphis Express of the Alliance of American Football (AAF) in 2019.