Let's get this out of the way. The Kerner Entertainment Company, Avnet-Kerner Productions and Walt Disney Pictures movie "D2: The Mighty Ducks", directed by Sam Weisman, did its job as a sequel. It was my favorite of the three Disney Ducks movies when I was a young lad. This film gave us one of the greatest underdog stories, the iconic white Ducks sweaters, inserted the term "knuckle puck" into our communal lexicon, and personally introduced me to the country of Iceland.

And while there's a lot to like, such as Michael Tucker as Don Tibbles, Jan Rubes as a recast Hans (for some reason), Matt Doherty as Lester Averman, and Kathryn Erbe as Michele MacKay, it's also chock full of narrative plot holes and low-energy dialogue. I'll be the first to say it.

I mean, at one point during a locker room pep talk between periods, Coach Gordon Bombay, the iconic hockey coach played by Emilio Estevez, reminds his hockey team that they are "down 3 points." One of many instances where characters who should know a lot about hockey sound like they are talking about hockey for the first time in their lives.

It's not the only thing that doesn't pass the ear or eye test. The film's conclusion, in which the Ducks, or Team USA, best Iceland in a best-of-5 shootout, is full of bizarre hockey nonsense. At the root of it, all are clear and obvious rules violations that go uncalled by the Junior Goodwill Games officials. But I'm not here to complain. I'm here to call out what the zebras got wrong and walk you through what COULD have happened if the zebras knew what in the world they were doing.

Let's break it down. 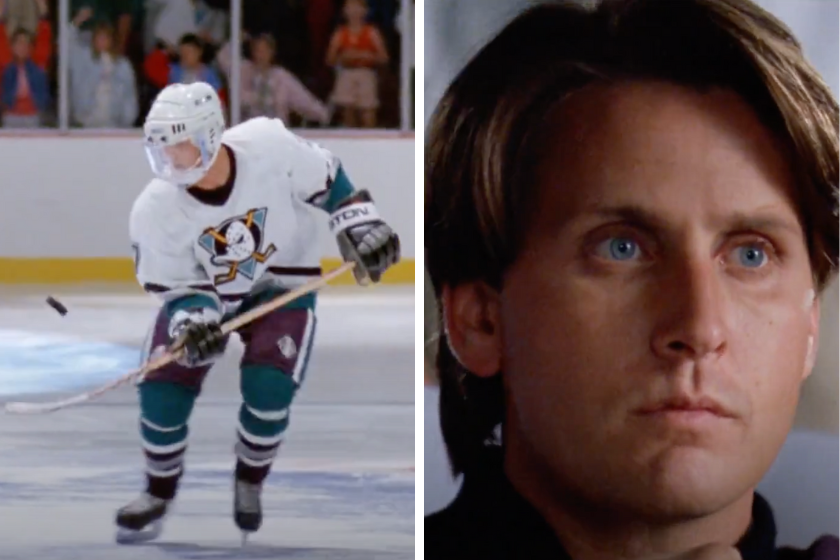 The Ducks and Iceland end the title game tied after regulation. They enter a best-of-5 shootout to settle the score. After three shooters for each team have at it, the teams are tied 2-2. Notably, Bombay opts for Dwayne Robertson, one of the new players on the team, because Charlie Conway, played by Joshua Jackson, gave up his spot on the team. Why? Conway did this to allow Adam Banks to play in the big game. Robertson gets a little too fancy with his puck handling and went right for the glove of the Iceland goalie. Not a great call by the coaching staff.

That's when Fulton Reed steps up, takes a backscratching slapshot, and scores to make it 3-2. Iceland responds with a goal, then Banks buries one to make it 4-3. Iceland needs to score to stay alive, and send out star forward Gunnar Stahl for some heroics. Bombay swaps goalies and has Julie "The Cat" Gaffney replace Greg Goldberg for the final attempt. She makes a glove save, and the Ducks win.

Here's all the BS that happens along the way.

An Alternate Timeline of D2 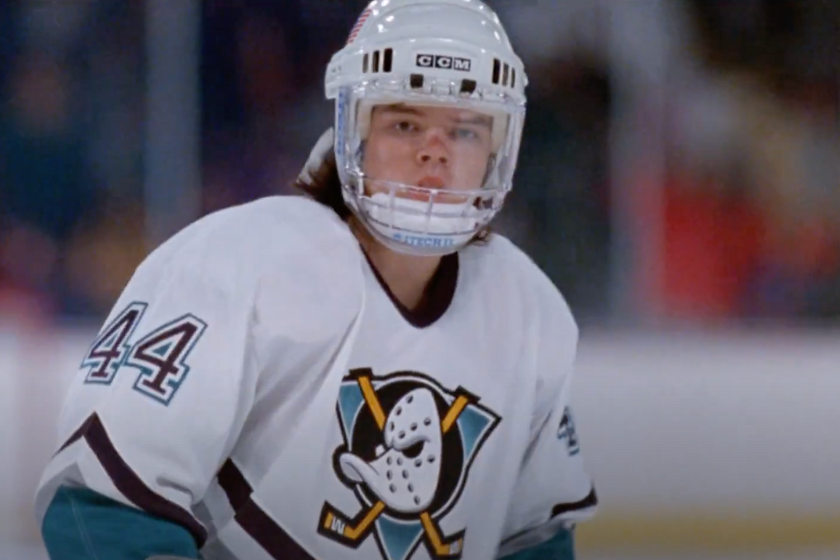 Fulton Reed, one half of the "Bash Brothers" with Dean Portman, decides to employ his patented injury-and-destruction-causing slap shot on his attempt. First off, he's one of three shooters to take slap shots during a shootout. Go back and watch, one of the Iceland skaters lets one rip with the puck touching the blue line. Why even skate it up? Just launch a clapper from the center dot at that point. It's clear neither coach had their teams prepared for this moment. I digress.

What's most egregious is that Fulton lets the puck come to a complete stop before firing his shot. Hockey fans likely know that this is a violation of the rules. During a penalty shot or shootout attempt, at no point can the puck either move backwards or come to a complete stop. Fulton's attempt should have been blown dead on the spot. In fact, Gunnar Stahl should have been called for the same violation on his attempt as well.

Had these plays been called correctly (Fulton's in particular) I think it could have changed the outcome dramatically. Let me walk you through a hypothetical what-if scenario based on the shortcomings of a nearly 30-year-old kids movie:

I posit that, had the Junior Goodwill Games employed competent officials, the Ducks go down in the shootout to Iceland 4-3. Is that the hottest sports movie take of all time? Probably. But that's what happens when you start to ponder the Mighty Ducks multiverse, pre-D3: The Mighty Ducks.

MORE: The Original Mighty Ducks Reunited, But Can You Recognize Who's Who?