LOOK: The Original Mighty Ducks Reunited, But Can You Recognize Who’s Who? 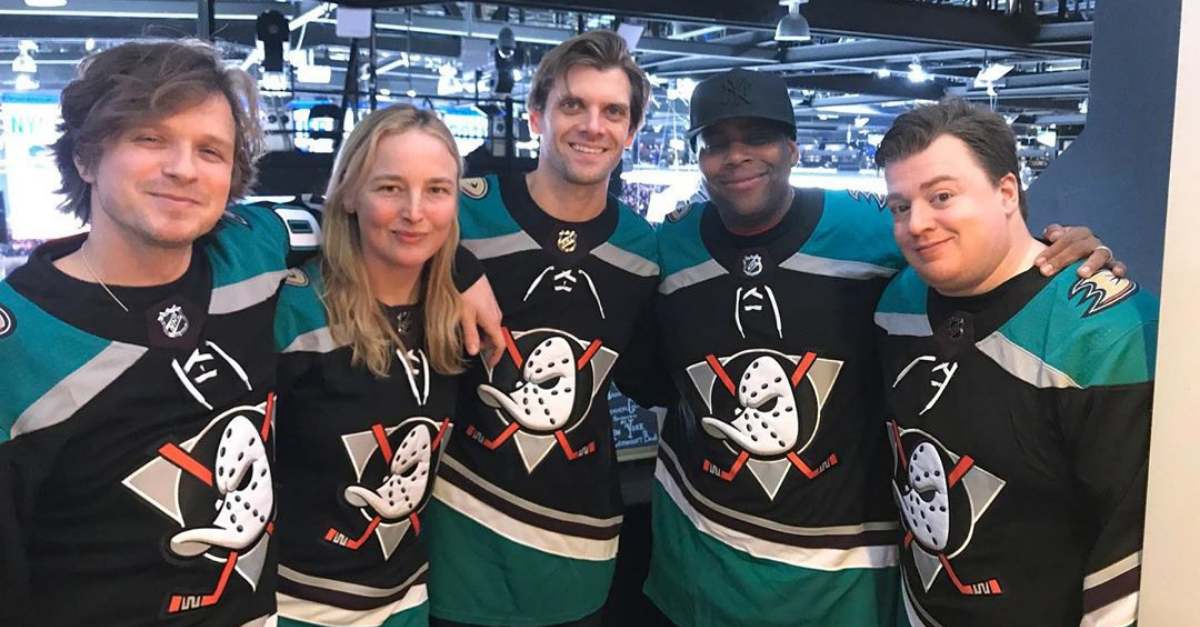 Sports movies over the years help shape what kind of athlete kids aspire to be. If you were a Space Jam fan, you’re likely big into Michael Jordan, basketball, and probably a little Bugs Bunny, too. Now, if you find yourself looking for the more serious films, look no further than some of Texas’ best sports movies. Regardless of your favorite, one movie series that debuted in 1992 has stood the test of time.

The Mighty Ducks hockey team put together one of the greatest casts in sports movie history. Led by coach Gordon Bombay (played by Emilio Estevez), the Ducks learned how to skate and win as a team, as well as leave us all with awesome memories along the way. Over the weekend, the Quack Attack was back on Long Island for an NHL game, and they even hit the ice to knock a few knuckle-pucks into the net.

The Anaheim Ducks of the NHL’s Pacific division traveled east to take on the New York Islanders at Nassau Coliseum on January 20. The Ducks lost to the Islanders by the final score of 3-0, but they had a few special fans looking on.

Some mighty great people joined us at today’s game!

Some of your favorite Mighty Ducks visited us on Long Island and met a few of our guys after the game. #LetsGoDucks⁠ ⁠ pic.twitter.com/xFsggnYe8v

Watching hockey wasn’t the only thing the District 5 Pee Wee Hockey State Champions were around to do, though, as the Anaheim organization set up some ice time for the Ducks to practice their triple dekes. Dawning classic green Mighty Ducks uniforms reminiscent of that fateful first season back in 1992, the Ducks flew together once again.

Luckily, Tamberelli’s wife, Katelyn Detweiler, was around to capture the cast members’ reunion in all its glory.

What a sweet day!! Thanks to the @anaheimducks for a great day reliving my #mightyducks season with some old friends! Photo cred by my lovely wife @katelyndetweiler

According to Box Office Mojo, the three films of the series grossed $119 million in theaters during their run, and they haven’t gone anywhere since.

We didn’t get to see the Bash Brothers, Charlie Conway, or Gordon Bombay from the Mighty Ducks cast back in action, but this was still awesome. For someone who grew up with these movies on repeat every single year, seeing the Mighty Ducks back together is such a cool moment deep in the heart of the NHL season.

Now if you’ll excuse me, I have a Ducks movie marathon to watch.

READ MORE: I Can Think of 5 Movies That Don’t Compare to Jalen Hurts’ Redemption Story