Before there was Simone Biles or Gabby Douglas, there was Mary Lou Retton. Retton was the first American female gymnast to wow at the Olympics. She took gymnastics to a new level in this country.

Back in the 1984 Summer Olympics in Los Angeles, she became the first American woman to win the all-around gold medal. She also added two silver medals and two bronze medals. By 1993, she was voted the most popular athlete in America.

The 54-year-old Retton retired from the sport in '86, married a college football quarterback and passed down her gymnastics genes to her kids, one of whom was an NCAA athlete. 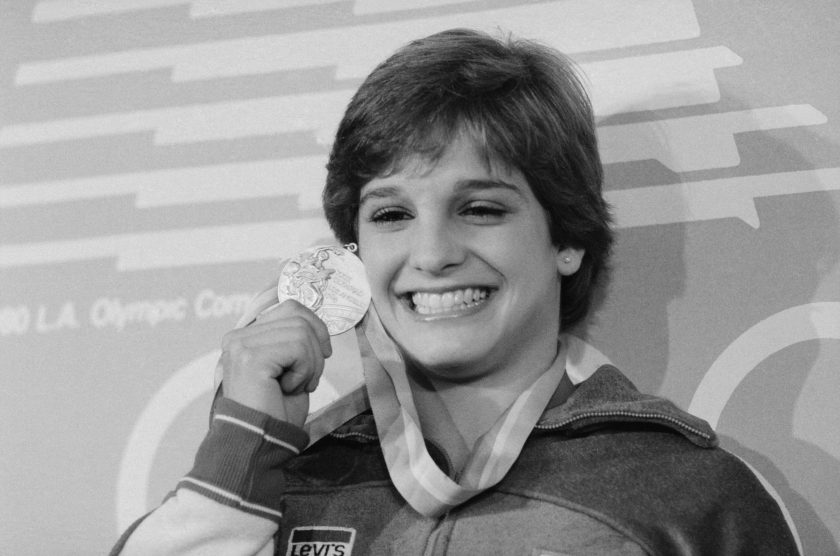 RELATED: Nadia Comaneci's Perfect 10 Made Olympic History, But Where is She Now?

Before making her debut as an Olympian, Retton was already making a splash in her gymnastics career.

In 1983, she won the American Cup and then finished in second at the U.S. National Championships. The following year she dominated at the American Cup, won the Nationals and then dominated the qualification for Team USA's Olympic gymnastics team.

This was almost the end of the line for Retton, unfortunately. While doing a floor routine, she suffered a knee injury that required surgery. Fortunately for her and America, Retton recovered in time to participate in the 1984 Summer Olympics in Los Angeles. These Olympic Games were boycotted by the Soviet Union, which admittedly opened the door for the USA gymnastics team, but that doesn't make Retton's performance any less impressive.

Retton won bronze in the floor exercise and the uneven bars while taking home an individual silver in the vault. The U.S. Olympic team finished second in the team competition as well.

Retton's heyday came in an all-around event. She eked out a win over Romania's Ecaterina Szabo to get the gold medal. This made her the first American woman to win the all-around event, making her an Olympic gold medalist for life.

Retton immediately became a star and became the first woman to appear on the Wheaties box. She then left athletics in 1986 when she retired from active competition.

Kelley had an underwhelming career in Austin, where he backed up Bret Stafford and threw just four touchdowns and 15 interceptions over his career in the 1980s. He played alongside three-time Pro Bowl running back Eric Metcalf at Texas.

The family then settled in Houston, where Kelley worked as a real estate developer. Retton and Kelley divorced in 2018, but they had four daughters: Shayla, McKenna, Skyla and Emma.

"I'm on a really good path, and I'm happy with my life," Retton told People in 2018. "I'm really excited for what this new chapter is going to bring instead of being that scared person that I was a couple of months ago. I really have done a full turnaround."

All four of Mary Lou's daughters participated in gymnastics growing up, but McKenna Kelley is the one who took to it the most.

She was skilled enough to compete at the NCAA level for the Louisiana State University Tigers. In her first year on the team in 2016, she specialized in the floor exercise. LSU gymnastics finished in second place at the NCAA championships in Fort Worth, falling short of Oklahoma.

In 2017, LSU finished second to Oklahoma again at the NCAA Women's Gymnastics Championships. Still, Kelley's 9.9 in the floor exercise earned her a spot as a first-team All-American. Kelley missed the 2018 season with an Achilles tendon injury, but she returned in 2019 with gusto.

She picked up her first perfect 10 in the floor exercise and once again led the LSU team to the NCAA Championships. Kelley came close to another perfect ten during the semifinals. Once again, the team finished in second to Oklahoma.

Retton was on hand to cheer her daughter on during the event, and she followed that up with the two appearing on NBC's "Today Show" together. At that point, Kelley announced she was done with gymnastics. She never won a gold medal like her mother, but Kelley's gymnastics career continued the family legacy.