Well, if you thought 2023 was already strange enough just 13 days in, buckle up! The latest wrestling news comes on the heels of the report that Vince McMahon had returned to World Wrestling Entertainment Inc. as the executive chairman with an eye toward selling the company to Saudi Arabia. 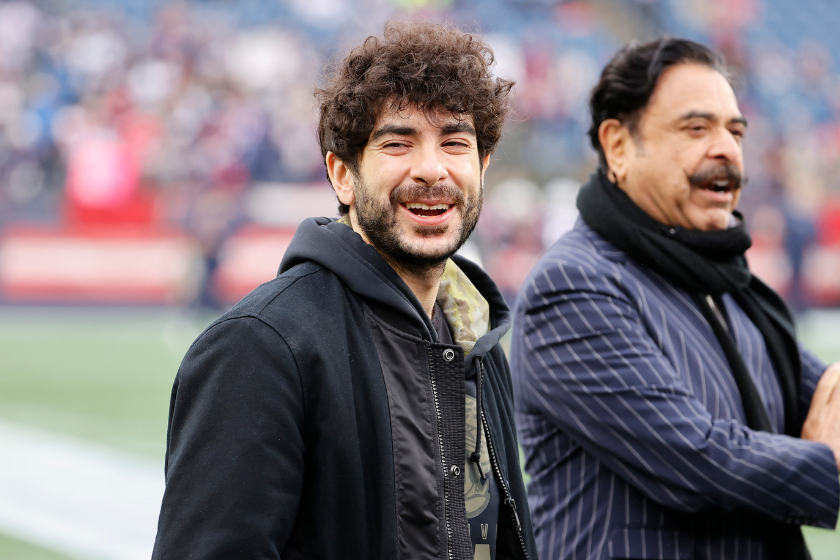 RELATED: Vince McMahon Rumored to be Preparing Sale of WWE to Saudi Arabia

The latest rumors making the rounds this week, according to Alex Sherman of CNBC, is that All Elite Wrestling owners Shahid and Tony Khan are interested in buying WWE. Sources say the Khan family, which also owns the playoff-bound Jacksonville Jaguars, would partner with a strategic media company to share the intellectual property and merge the two wrestling companies. If the much-smaller AEW were to purchase the larger WWE, the Khans would be open to keeping the 77-year-old McMahon on, though a role was not specified. It remains to be seen if McMahon would sell his company to a rival. It should be noted that, as of yet, no talks between the Khans and McMahon are known to have taken place.

In addition to owning All Elite Wrestling -- which partners with Warner Media for television deals on TNT and TBS networks -- Shahid Khan, the patriarch of the family, owns the NFL's Jacksonville Jaguars and English soccer team Fulham FC. Early this year, Tony Khan, Shahid's son and CEO of AEW, announced that he purchased Ring of Honor, one of the smaller wrestling organizations more popular among fans and a place where many of the top wrestlers got their start in the industry.

The Khan family is the WWE's second rumored suitor this week. A few days ago, a Saudi Arabian private investment firm was linked to the wrestling titan. Already, betting odds are being listed as to whom WWE might sell to. WWE is turning into a real Royal Rumble type of situation, and we cannot wait to see who comes down to the ring next.