Vince McMahon has returned to World Wrestling Entertainment as executive chairman amid rumors the WWE is being sold to Saudi Arabia's private investment firm, sending the company's stock tumbling. The unconfirmed reports of the WWE's sale made the rounds on Twitter late Tuesday night thanks to a now-deleted tweet by Steve Muehlhausen of DAZN that indicated the publicly traded WWE was sold to the Saudis with the intent to make it private once again. As of Wednesday morning, nothing had been made official.

Vince McMahon Set to Cash Out, If Saudi Sale Goes Through 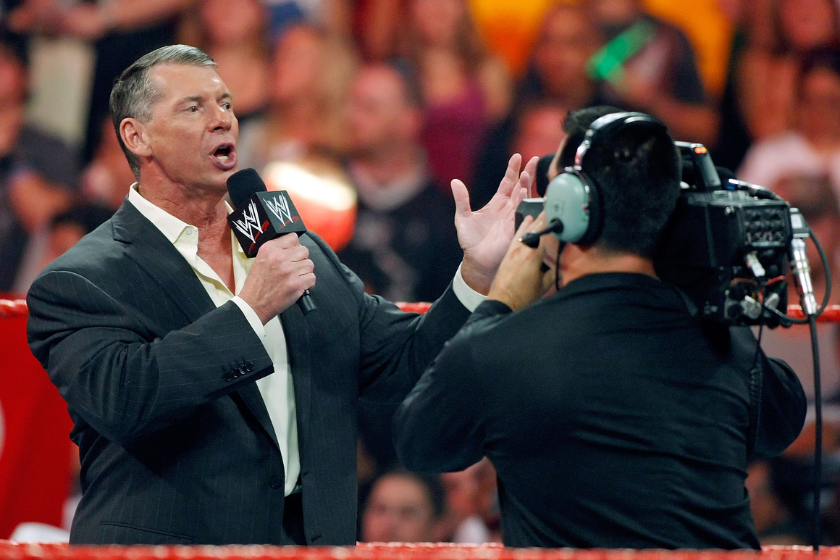 News of a WWE sale isn't shocking, but the potential rumored buyer is. McMahon said last week after talks of his return surfaced:

"WWE is entering a critical juncture in its history, with the upcoming media rights negotiations coinciding with increased industry-wide demand for quality content and live events and with more companies seeking to own the intellectual property on their platforms. The only way for WWE to fully capitalize on this opportunity is for me to return as executive chairman and support the management team in the negotiations for our media rights, and to combine that with a review of strategic alternatives. My return will allow WWE, as well as any transaction counterparties, to engage in these processes knowing they will have the support of the controlling shareholder."

Just hours prior to the WWE sale whirlwind, WWE Co-CEO Stephanie McMahon dropped a bombshell on the wrestling world by announcing her resignation from the company. Stephanie, Vince McMahon's daughter, said in a statement released by herself and the WWE:

"About 8 months ago, I took a leave of absence and within a few weeks, unexpectedly had the opportunity of a lifetime. I had the privilege to return as the Co-CEO and Chairwoman of the Board of WWE. I cannot put into words how proud I am to have led what I consider to be the greatest company in the world, working alongside a remarkable leadership team and one of the strongest executives I have known in my Co-CEO, Nick Khan." She continued. "WWE is in such a strong position, that I have decided to return to my leave and take it one step further with my official resignation."

It's hard to overlook the timing of her resignation and the return of her embattled father to a prominent position within the company.

Stephanie took over co-CEO duties with Nick Khan after the elder McMahon stepped down last year amid multiple Wall Street Journal reports that he made hush money payments to multiple women to cover up sexual misconduct and infidelity. Stephanie's husband, Paul "Triple H" Levesque, took over the role of chief content officer at the same time. There has been no word on whether Levesque plans to step down from his post.