The 5 Wrestling Promotions Worth Watching Outside of WWE and NXT 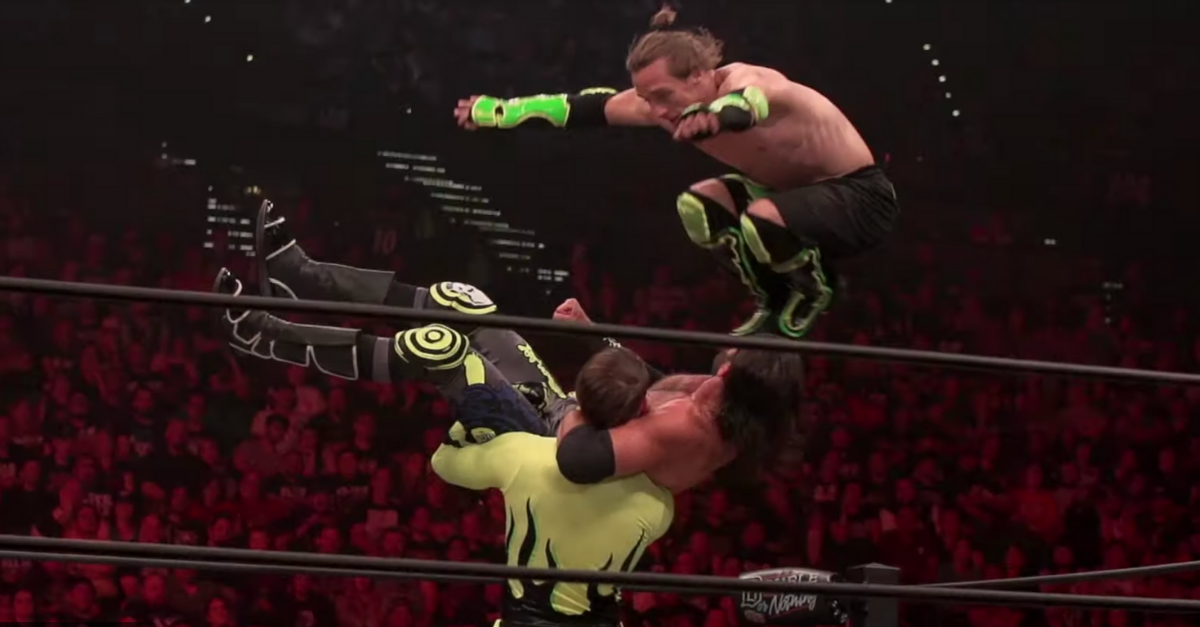 There is no doubt that WWE is the No. 1 promotion in the world. With the brands of Raw, SmackDown Live, WWE NXT, and NXT United Kingdom, WWE has reached a global scale and continues to be the premiere professional wrestling company, despite much criticism from fans.

However, even with the dominance of WWE, 2019 is one of the biggest boom periods in pro wrestling history. In 2001, the Monday Night Wars rivalry between WWE and WCW ended when Vince McMahon bought his competition.

While independent promotions have been around for decades, as well as notable American competitors such as Impact Wrestling (formerly TNA) and Ring of Honor (ROH), there has not been legitimate competition since World Championship Wrestling folded.

However, currently, pro wrestling’s boom period has opened up many opportunities for pro wrestlers. Despite the hype of NXT TakeOver: Toronto and SummerSlam, here are five wrestling promotions that are worth watching outside of WWE.

Since 1972, New Japan Pro Wrestling has been one of the most notable promotions in the Land of the Rising Sun. Superstars such as The Great Muta, Masahiro Chono, Jushin “Thunder” Liger, Tatsumi Fujinami, and Kensuki Sasaki paved the way for NJPW to currently be not only the top promotion in Japan, but also having a notable United States presence in the pro wrestling industry.

NJPW has been the breeding ground for several current WWE and NXT stars, such as Shinsuke Nakamura, Finn Balor, Karl Anderson, Luke Gallows, and KUSHIDA. Over the past few years, Kazuchika Okada has been the one true constant of the promotion, leading them to much bigger heights.

In addition to Okada, NJPW legends Hiroshi Tanahashi, Minoru Suzuki and Hirooki Goto, along with names such as Jay White, Bad Luck Fale, Lance Archer, and many others, have heightened the popularity of the promotion. In addition to these names, the 2019 additions of Jon Moxley (formerly Dean Ambrose) and KENTA has made NPJW even more competitive from a global scale.

All Elite Wrestling (AEW) commenced in January 2019 from Cody Rhodes and The Young Bucks as a bold move to create another wrestling league on a large scale. While WWE was the only major promotion who had a big time feel, AEW has acquired former WWE stars and independent talents to create a competitive wrestling show. This is along with a television deal with TNT, which will give AEW the opportunity to air weekly a weekly TV program starting in the fall of 2019.

Currently, AEW is a hybrid of an in-ring focus, mixed with standout gimmicks, and many people feel that it is still too early in its infancy to make a clear judgment of how successful it is going to be.

However, with major acquisitions such as Chris Jericho, Jon Moxley, Shawn Spears (formerly Tye Dillinger), and Dustin Rhodes, along with non-former WWE stars the Lucha Bros, Adam Page, and Kenny Omega, the fan interest of the product is already evident from the rapid PPV sell-outs of All In, Double or Nothing, All Out, and their premiere show on TNT.

Formerly known as Dragon Gate USA, ROH co-founder and former ECW journalist Gabe Sapolsky merged DGUSA with his EVOLVE promotion, and the company just recently celebrated its 10th Anniversary, which was aired on the WWE Network. Austin Theory, who unified the EVOLVE Championship with the WWN Championship at the event, is one of the biggest rising stars of the current pro wrestling landscape. In fact, at only 22 years old, Theory has already made some noise on social media, causing buzz by calling out John Cena.

For decades, the National Wrestling Alliance assumed the role of the hub for a collection of promotions. The NWA became more popular from a national scale with the Jim Crockett Promotions brand of the NWA, with top names such as Ric Flair, Sting, Dusty Rhodes, Tully Blanchard, Arn Anderson, Magnum TA. NWA-JCP would eventually became WCW when Ted Turner acquired it, and although NWA remained, it fell by the wayside in popularity from a national scale.

However, with the leadership of Smashing Pumpkins lead singer Billy Corgan, and former TNA World Champion Nick Aldis (fka Magnus) now at the helm as the NWA World Heavyweight Champion, the promotion is rapidly growing in popularity.

The popularity of NWA has risen to even greater heights, as Corbin announced that NWA, as a stand-alone company, will return to television.

One of the founding members, Excalibur, now serves as a play-by-play commentator for AEW.