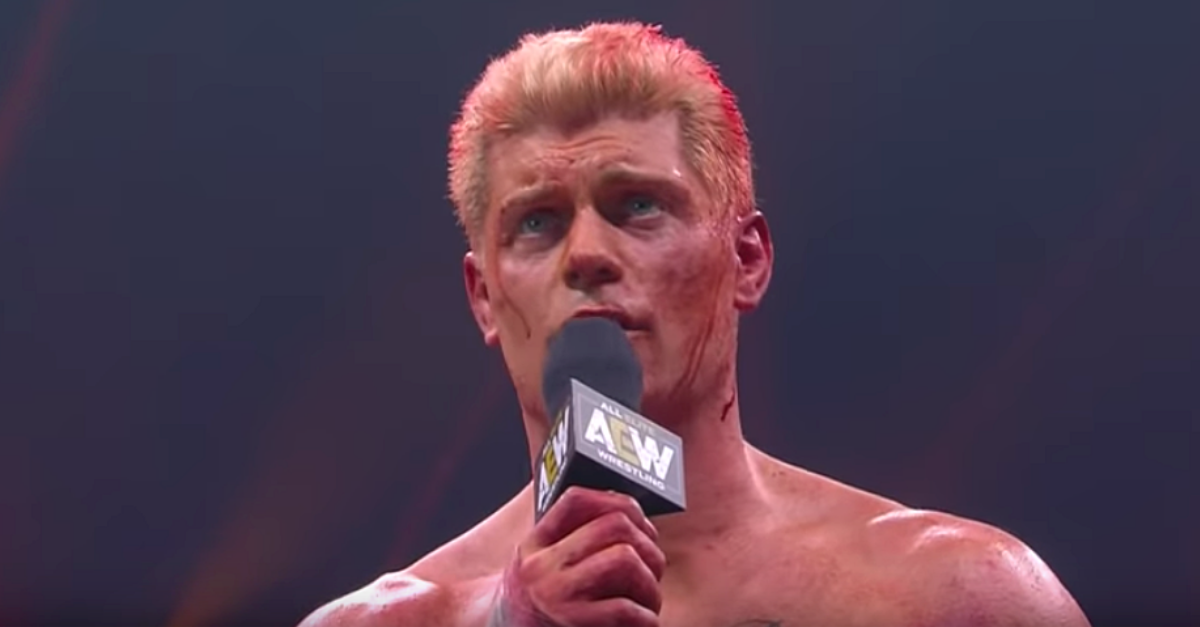 Dissatisfied with his position in the WWE, Cody Rhodes made the bold move to leave the company in 2016 and create his own brand. Having nearly all of his pro wrestling experience under the umbrella of Vince McMahon, Cody had to step out in a territory that he was not familiar with. However, it did not take long for Cody to integrate into the independent scene, as he won championships for numerous promotions. In addition, Cody competed for EVOLVE, Pro Wrestling Guerrilla (PWG), and Ring of Honor.

While in Ring of Honor, Cody won his first world championship, defeating Christopher Daniels to become ROH World Champion at the Best in the World pay-per-view on June 23, 2017. Cody also had a brief run in Impact Wrestling, competing for both ROH and Impact at the same time.

Cody used this momentum as a free agent to finally land a spot full-time for ROH, and take advantage of their partnership with the New Japan Pro Wrestling (NJPW) brand. In addition to the ROH World Championship, Cody won the IWGP United States Championship, as well as the ROH Six-Man Tag Team Championship with The Young Bucks.

Along with this six-man title win with The Young Bucks, Cody formed a strong business relationship with Matt and Nick Jackson. Suddenly, a groundswell of popularity arose when the Being the Elite YouTube series started to tease an independent pro wrestling event.

On September 1, 2018, the “All In” pay-per-view occurred and drew over 10,000 people. Pro Wrestlers such as Kenny Omega, So Cal Uncensored (Christopher Daniels, Frankie Kazarian, Scorpio Sky), “Hangman” Adam Page, Pentagon Jr. and even Chris Jericho, helped this event to become positively reviewed by wrestling fans. The main event of this program ended with The Golden Elite (Kota Ibushi and The Young Bucks) defeating Fenix, Rey Mysterio, and Bandido.

The success of “All In” helped propel the launch of All Elite Wrestling, and Cody & The Young Bucks – with the financial backing of Jacksonville Jaguars co-owner Tony Khan – and this was officially announced on January 1, 2019. Cody and The Bucks are all Executive Vice Presidents, and Cody’s wide Brandi Rhodes is the Chief Brand Officer. Kenny Omega was also later brought in as another EVP.

AEW produced their first show, Double or Nothing, at the MGM Grand in Las Vegas, Nevada. This event showed the exodus of former WWE stars, as Shawn Spears (fka Tye Dillinger), Dustin Rhodes, and Jon Moxley (fka Dean Ambrose) all appeared at the show, as well as Jim Ross providing commentary. Moxley made his surprise appearance following the main event, as he maintained secrecy about his pro wrestling future following his WWE departure.

AEWrestling also released an announcement that the wrestling promotion will start a weekly television show on TNT beginning in October. For those who were wrestling fans from the mid- to late-1990s, this has the feeling of the war between WWE and WCW, as WCW’s flagship show Nitro aired weekly on TNT.

The advent of AEW further shows that American pro wrestling is at a very promising state for both fans and competitors. With AEW, names such as AAA’s Sammy Guevara, Trent Beretta, Jimmy Havoc, Britt Baker, Kylie Rae, and Nyla Rose get to be showcased on a major stage in the U.S. and legitimately present competition to WWE. Most likely, not from the standpoint of becoming the No. 1 brand ratings-wise and financially, but from the standpoint of the trend-line of wrestling fans moving over from WWE to AEW.