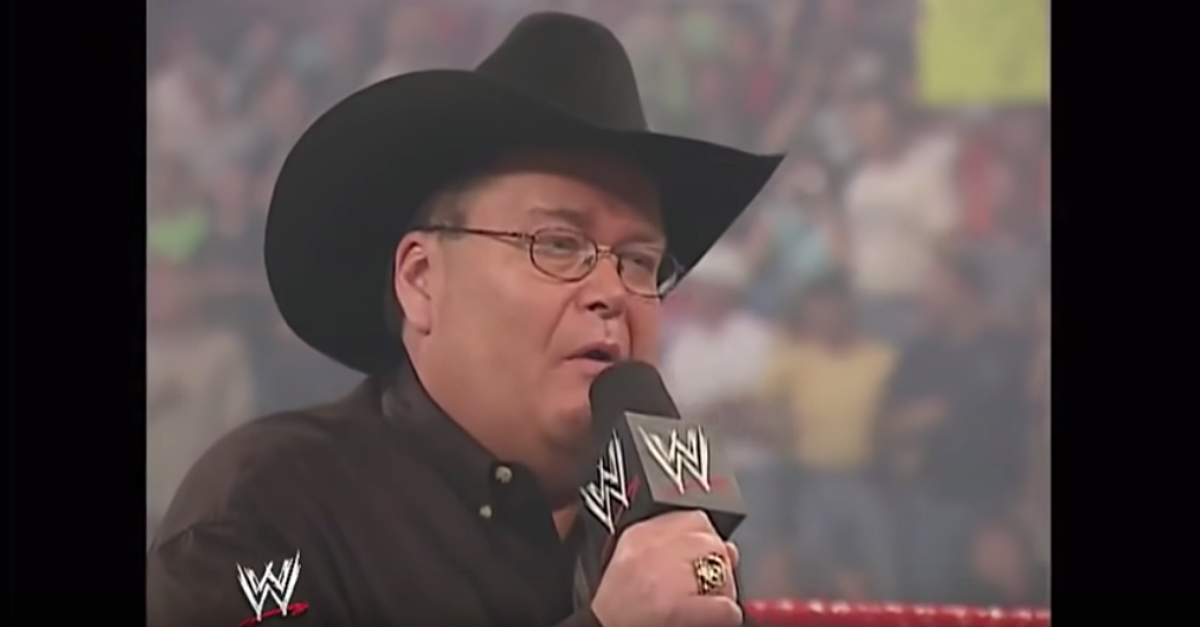 On an early March episode of The Ross Report, WWE Hall of Famer Jim Ross announced that his relationship with WWE will come to an end on March 29, 2019 after 26 years with the company. Although he spoke very highly of his relationship with WWE and Vince McMahon, he stated that, at 67 years old, he felt he could still “get the job done” as a play-by-play announcer despite WWE no longer having interest in him in that role. Ross also added that he needs to stay busy to keep his mind off the recent passing of his wife Jan.

During WrestleMania 35 weekend, JR, along with Jerry Lawler had an event called Slobberknocker Sessions. During this event, JR and Lawler answered a series of questions asked by the audience. One of the questions posed was on the topic of how to build current WWE wrestlers to be stars like legendary names of the past. JR stated, “presentation is everything. 50/50 booking is not.”

JR added to this point of 50/50 booking, stating, “people don’t get to be themselves anymore. Everything is so scripted.” He also stated that Some of the best stars were good talkers, but everything is written for wrestlers now.

50/50 booking is defined as when a pro wrestler goes back and forth with exchanging wins and losses. As a result of this, their character fails to reach a certain point of superstardom, due to it not being viewed as strong enough as a result of not building stock by gaining a long string of wins. While names such as Hulk Hogan and Bruno Sammartino are known as the most successful wrestlers of all time because of constantly gaining victories, a majority of the current WWE stars have not reached a point of superstardom because of not consistently winning matches.

In addition to becoming the play-by-play announcer, Jim Ross also revealed that he will also be a Senior Advisor for the All Elite Wrestling (AEW) promotion, along with giving product knowledge to AEW President Tony Khan.