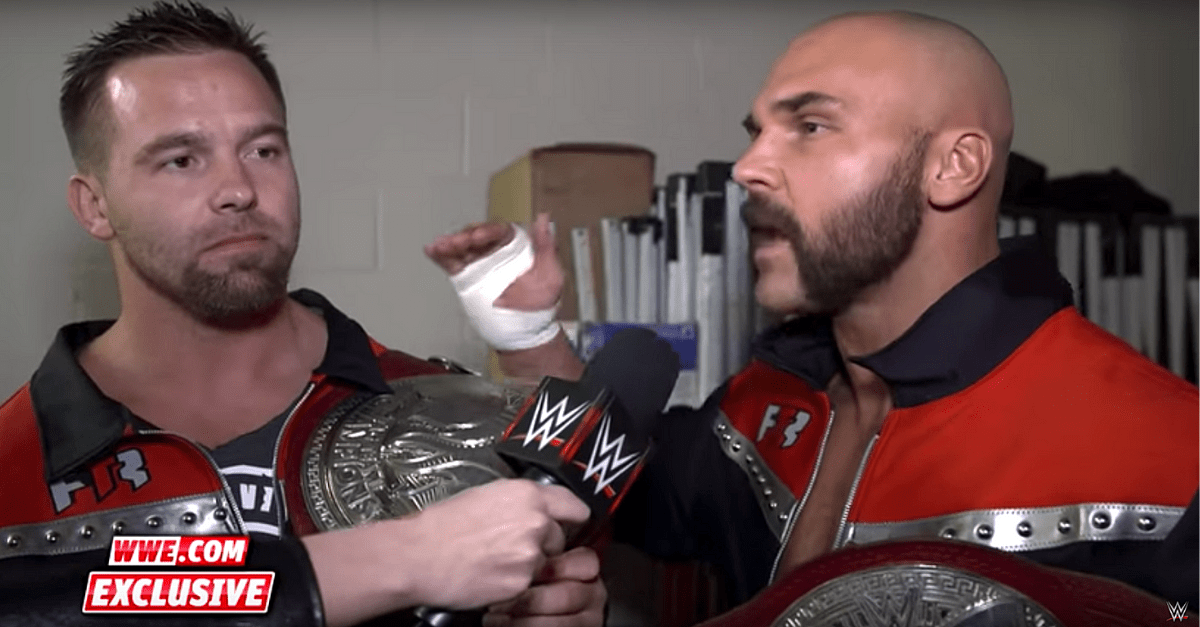 Over the past few months, WWE superstars such as Tye Dillinger, Hideo Itami, and TJP have been released from WWE. While TJP was reportedly let go for disciplinary reasons, both Dillinger and Itami felt that they were being underutilized by the company, despite having a large fanbase. In addition, others such as Mike & Maria Kanellis were reportedly unhappy with their position in the company, although Maria denied those reports.

Most surprisingly, former WWE Champion Dean Ambrose decided not to renew his contract, and the company has made this public on both their website, as well as on television. Ambrose is another WWE in-ring competitor who has been unhappy with the way he has been portrayed on television.

As a special celebration to commemorate our historic tag team championship win from two weeks ago, we formally request a full, televised entrance on this weeks Raw.#FTR pic.twitter.com/mxdGCMdXIt

To add to these departure reports, it was also rumored the The Revival duo of Scott Dawson and Dash Wilder were also unhappy with the company and wanted to leave. During an interview with TalkSport, Wilder addressed whether rumors that the pair would join exodus of main roster talent leaving WWE for the All Elite Wrestling (AEW) promotion were true.

“I won’t touch on it too much, but I will say there is a lot of non-truth to that… We do want more for the tag team division, 100 percent. We do want more opportunities and we were very vocal about that. But, like I said, there were a lot of things that were reported that weren’t accurate.”

Wilder added that the two-time NXT Tag Team Champions will be happy with a tag team division that is healthy and competitive and has frequent matches showcased on television. He feels that it is hard for fans to get invested in any competitor if he or she is gone from television for several weeks.

Interestingly enough, after being booked significantly down the card every week, they won the Raw Tag Team Championships on the February 11, 2019 episode by defeating Bobby Roode and Chad Gable. Now, based on retaining the titles following their defense at Fastlane, it looks like The Revival will be heading to the biggest event of the year, WrestleMania, as champions.