Chris Jericho Signed with AEW, So WWE Erased Him from Iconic Intro 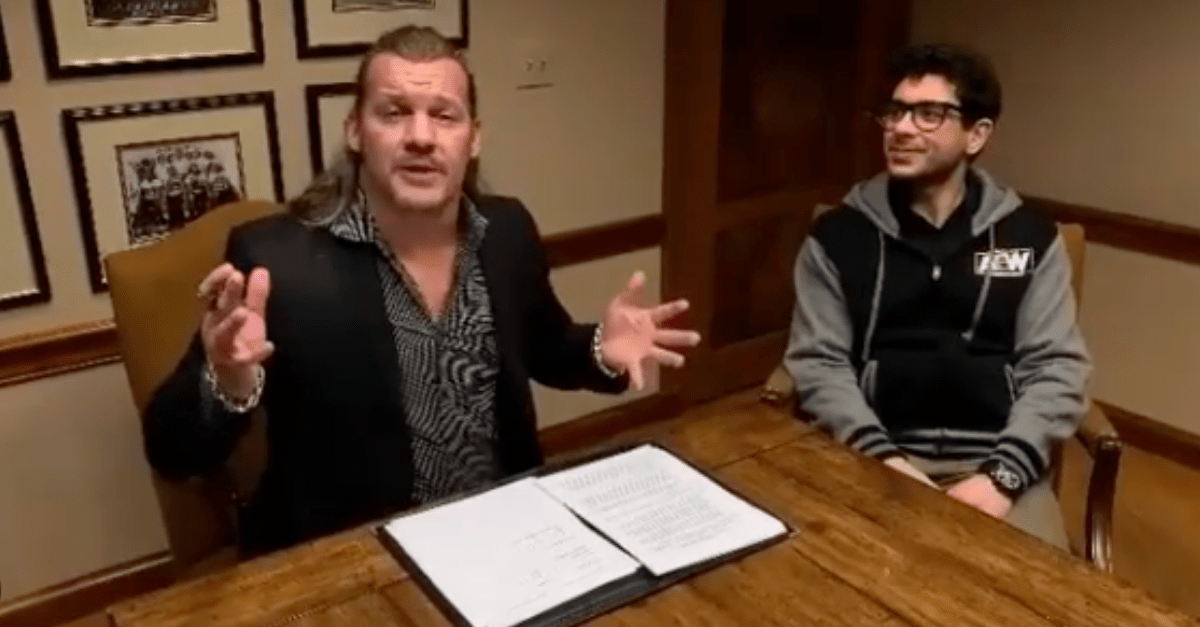 At the All Elite Wrestling presser/pep rally, Cody and the Young Bucks announced two upcoming events. Although there are limited details about the second event other than it will be in Jacksonville, the first event was announced to be called Double or Nothing and is scheduled for May 25 at the MGM Grand in Las Vegas, Nevada.

During the rally, names such as SCU (So Cal Uncensored: Christopher Daniels, Frankie Kazarian, Scorpio Sky), Britt Baker, and Hangman Page appeared at the podium to state their allegiance to AEW. Others, such as Joey Janela and Maxwell J. Friedman, also confirmed that they will be on the AEW roster. At the very end of the rally, Chris Jericho‘s music hits, and he appears on the stage and reveals that he is a member of the All Elite Wrestling promotion’s first roster.

Following this announcement, WWE immediately reacted to Jericho’s decision to sign with AEW. SmackDown Live, which aired shortly after the rally in the same city of Jacksonville, had the normal opening intro video of popular names from the past and present. Noticeably, Jericho was removed from the video.

Chris Jericho has been removed from the #SDLive intro after signing with AEW. pic.twitter.com/Q569UwyzM6

RELATED: Bayley Talks All Things WWE, Plus the Most Underrated Superstar

The removal of Y2J confirms that his affiliation with the company is over for the foreseeable future. As shown in the contract signing video, the former WWE superstar stated that he was going to be with AEW for the long haul. While AEW is featuring popular independent names, the acquisition of Jericho is needed to have more of a mainstream feel for the company and AEW President Tony Khan, as well as Executive Vice Presidents Cody Rhodes, Nick and Matt Jackson.

For a long period of time, Jericho stated that he was not going to compete outside of WWE due to his loyalty to Vince McMahon. However, Jericho broke his 18-year WWE streak by returning to New Japan Pro Wrestling (NJPW) to commence a feud with Kenny Omega. He competed in a non-WWE event for the first time since the summer of 1999, against Omega at Wrestle Kingdom 12 on January 4, 2018. Since then, Jericho competed two more times for New Japan in 2018, as well as Wrestle Kingdom 13 on January 4, 2019. Jericho also appeared at the ALL IN event on September 1, 2018.